Does Anyone Really Believe Advertising Any More? 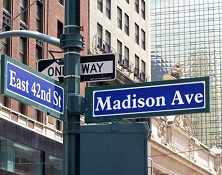 From Publius | By Charlie White | Apparently consumers are taking this old saying to heart: “Believe only half of what you see and nothing that you hear.” Market research firm Lab42 just released a study that revealed that 76% of its respondents think advertisements contain exaggerated claims, and a mere 3% think ads are “very accurate.”

According to Lab42’s survey of 500 respondents, while 38% wish for more accuracy in advertising, only 17% would like to see more laws in the United States that regulate advertising. In the U.S., advertising is seen as free speech, but that’s not the case in other countries such as the UK, where ads are routinely banned for being misleading or exaggerated.

With the Super Bowl coming up in the U.S., which is not only the most important football game of the year but the most important advertising spree as well, you’ll notice advertisers are already fully aware that humor enhances memorability of a product. As you’ll see in the infographic below, Lab42’s results reinforce that, where 71% of the respondents agree that making them laugh makes them remember as well.

One surprising result was that only 8% of the respondents thought sexy ads made a product more memorable. But not surprisingly, 92% of that group were men. You’ll certainly recognize the way the respondents believed men and women are portrayed in ads, with men often characterized as sports-obsessed, womanizing and idiotic, while women are stereotypically depicted as shopping-obsessed, family-oriented and promiscuous. No wonder so many people are turned off by ads.

Let us know in the comments which ads you’ve found the least believable or annoying. How about the ones that were the least memorable? Or have you forgotten them already?