Deconstructing Israel: A Meeting to Question Israel’s Right to Exist 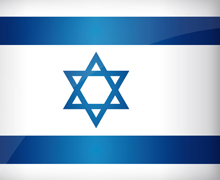 By Richard L. Cravatts | Seeming to give credence to Orwell’s quip that “some ideas are so stupid they could only have been thought of by intellectuals,” faculty at the University of Southampton in England will be sponsoring a three-day conference in April, “International Law and the State of Israel: Legitimacy, Responsibility and Exceptionalism,” conceived of to “explore the relatedness of the suffering and injustice in Palestine to the foundation and protection of a state of such nature and asks what role International Law should play in the situation.”

Not content with the way history and law have worked out independent of their intellectual meddling, the conference sponsors claim that the event will have great scholarly value and “. . . is unique because it concerns the legitimacy in International Law of the Jewish state of Israel” and “will focus on exploring themes of Legitimacy, Responsibility and Exceptionalism; all of which are posed by Israel’s very nature.”

What does that elevated and academically-inane doublespeak actually mean? Obviously, it is clear, both by the questions posited as the themes of inquiry of the conference, not to mention the list of toxic intellectuals who will present papers at the event, that the purpose and end product of the conference is yet another formalized indictment of Israel—nicely disguised as a bit of academic inquiry and brave new scholarship. 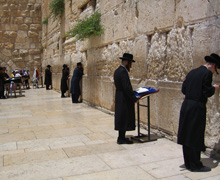 The problem, of course, is that each of published list of speakers has impeccable anti-Israel, anti-Western, anti-American credentials and ideological track records which essentially guarantee that the conference will devolve into a hate-Israel rally, with each presenter echoing and building on a bucket of collective calumnies. There is, first, Richard Falk, professor emeritus of International Law and Policy at Princeton University and the UN’s former preposterously-titled “Special Rapporteur on the situation of human rights in the Palestinian territories occupied since 1967,” who once wondered aloud if it was “an irresponsible overstatement to associate the treatment of Palestinians with this criminalized Nazi record of collective atrocity?” on the part of Israel, and then quickly answered his own question by saying, “I think not.”

Then there is the conference’s organizer, Professor Oren Ben-Dor of Southampton’s Law School, whose bias against Israel is blatantly clear in such expressive phrases as the one in which he characterized the Jewish state as “the arrogant and self-righteous Zionist entity.” Another key speaker is George Bisharat, professor of law at Hastings College of the Law in San Francisco, who has promoted boycotts against what he perceived as Israeli apartheid and has linked the Holocaust with the treatment by Israel of the Palestinians. “In the West we are amply reminded of the suffering of Jewish people in World War II,” he wrote. “. . . But we seldom confront the impact of Israel’s policies on Palestinians.”

Another on this grisly list of academics wishing to shred the existence of Israel is the fatuous Ilan Pappe, for 23 years a professor at Haifa University, whose anti-Israel, anti-Zionism views are widely embraced for their stridency, as is his “revisionist” style of history which casts Israel as the perennial villain of the Middle East. He has called Zionism “a very clear ideology of exclusion, racism and expulsion,” and was forced to resign from Haifa and decamp to Exeter University in England because he sided with a 2007 British-led boycott of Israeli campuses, including his own.

What is notable, and frightening, is the primary objective of this conference; it is not, as is more customary in inquisitions of Israel’s place in the community of nations, to discuss the legality of settlements, the dreaded occupation, the “siege” of Gaza, the status of Jerusalem, or the so-called legal “right of return” of Palestinian refugees. Instead, the conference sessions are designed to outline a tactical approach for questioning the fundamental legitimacy of Israel itself, to judge it as being illegal under international law and moral codes, and to investigate and recommend steps by which legal action could be instigated by the international community to deconstruct a sovereign nation, reverse history, and rebuild a new version of Israel based on the utopian fantasies of academics in the thralls of Palestinianism and a desire to achieve social justice for the perennially suffering Arabs of “historic Palestine”—a territory that these activist scholars apparently believe should never have been under Jewish sovereignty in the first place.

In short, the goal of this conference is to help achieve what Arab foes of the Jewish state have been trying to accomplish themselves since 1948; namely, extirpating Israel, although this time in a cognitive, cool war instead of through a conventional war with Katyusha rockets, suicide vests, and AK-47s. This objective, as the participants seemed not to have grasped, is not only breathtakingly presumptuous, but hallucinatory, as well, since the idea of breaking apart of thriving, sovereign democracy with the hope of creating an even better nation by blending in millions of Jew-hating new citizens is so perverse and unworkable as to expose its meretriciousness from the start.

The Southampton conference also intends to review the circumstances of the creation of Israel and how that process was essentially unjust in both affecting Palestinian Arabs who fled or were displaced from what became the Jewish state, and for allegedly denying civil and human rights to those Arabs who remained in Israel after statehood was achieved. “For its initial existence,” the tendentious conference materials read, “the State of Israel has depended on a unilateral declaration of statehood in addition to both the expulsion (or as some would say the ethnic cleansing) of large numbers of non-Jewish Palestinian Arabs in 1947-49 and the prevention of their return. Furthermore, the Jewish nature of the state has profoundly affected the economic, constitutional, political and social life of those non-Jewish Arabs who were allowed to stay.”

The transfer of populations and a change in demographics involving minority groups has occurred during the creation of other modern states, of course, often with unintended negative consequences. When British India was partitioned in 1947, for example, shortly before Israel was created, Hindus comprised some 20 percent of the population of what became Pakistan. Hindus currently comprise a mere 1 percent of Pakistan’s population, the result of catastrophic ethnic cleansing during which millions of Hindus were forcibly expelled from their homeland and hundreds of thousands killed.

And when Bengal was partitioned in 1950, between India and E. Pakistan (Western and Eastern Bengal), as many as 500,000 Hindus were also massacred by Muslims and up to 4.5 million Hindu refugees were created from Bengal alone.

Given that the Palestinian refugee issue appeared shortly after the partition of India, and that Palestinians and their academic supporters in the West continue to assert an “enshrined” and “sacred” right of return to what is considered to be their country—including much of what now comprises Israel itself—could not a similar right of return be asserted, and demanded, by millions of Hindus who lost property, civil and human rights, and historic and cultural connections to their ancestral homes as a result of the desire to create the exclusively Islamic state of Pakistan?

What should not be lost on observers is that in the decision to obsessively focus on the perfidiousness of Israel, and Israel alone, the Southampton conference participants have thereby affirmed the perceived ideological superiority of the Palestinian Arab movement for self-affirmation. They have embraced ‘Palestinianism’ completely as their choice of a cause to defend—with the genocidal terrorism, rabid anti-Semitism, political truculence, internecine violence, and general cultural self-destruction that has defined the Palestinian cause since it was minted in the 1960s as a political tool against Israel.

This conference will not only be defined by an obsessive, pathological inclination to demonize Israel; it will also reveal a breathtaking double standard by applying a moral yardstick to Israel not used to measure the political or social behavior of any other country—including those with far more dismal records of human rights abuses, racism, genocide, terrorism, totalitarianism, and gender apartheid, among many other national pathologies.

And in making a moral exception when Israel is the target of this collective moral opprobrium, those calling for an intense critique of Israel’s very right to exist—while engaging in biased, pseudo-scholarship—are not only violating some of the fundamental tenets of scholarship, but are repeating the impulses that have historically served to marginalize, demonize, and expel Jews from society—what many justifiably believe to be a new permutation of anti-Semitism, now aimed at the Jew of nations, Israel.