Crackdown on ‘Gendered Language’ Does Not Bode Well for Free Speech 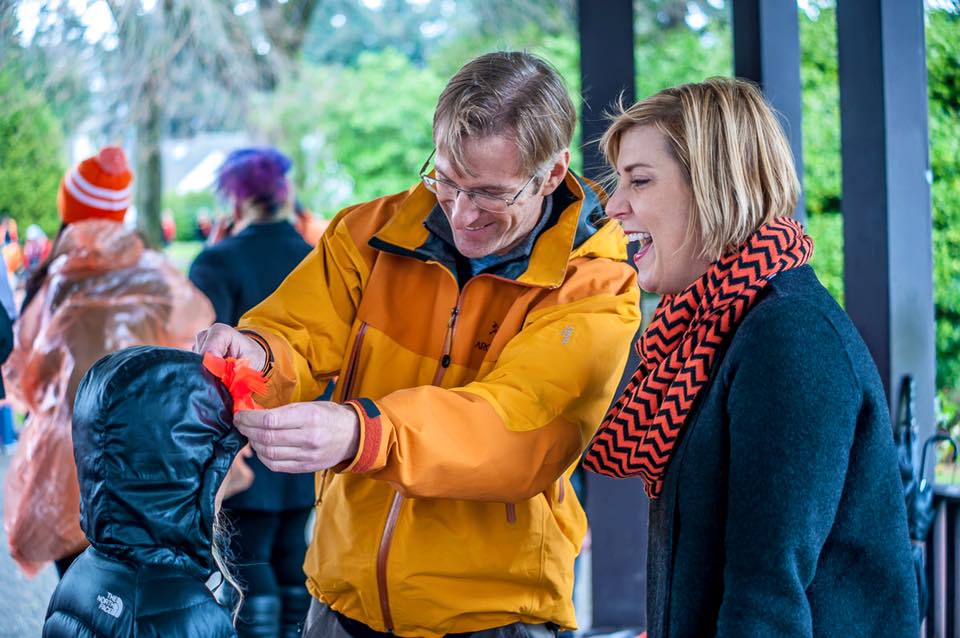 The mayor of Portland, Ted Wheeler, announced on Twitter just after his reelection that the City Council approved a removal of “gendered language”—meaning feminine and masculine terms—from the city charter, according to the The Daily Caller. 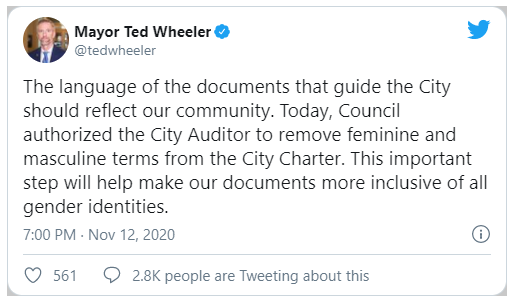 OPB, a local news source, said Portland will remove the terms “he or she,” “his or her,” and “himself or herself,” and replace it with gender-neutral language.

Words like “policewoman” and “police matron” will also be gutted from the city charter.

Fox News reported other cities have done this, too. Philadelphia and Tulsa removed “gendered language” from their city charters this year.

This trend of political officials boldly announcing that they are nixing feminine and masculine words from their city documents does not bode well for a society committed to free speech, an exchange of ideas, truth, and science.

To oppose this virtue signaling is not meant to slight the LGBT community or to be “transphobic”—rather, it’s about maintaining a free society.

Here’s why this is wrong:

First, local officials are using their employ as leaders to virtue signal to a small constituency in the United States that they would sacrifice truth and science to make the LGBT community—particularly transgender people—feel more comfortable. Of course, inclusivity and equality is important in a civilized society, but not at the cost of sacrificing truth.

Second, it is factually wrong. Feminine and masculine terms are used to denote male and female because sex is in fact binary and gender is an expression or manifestation of that specific sex. Terms like “man” or “woman” and “his” or “her” are simple terms that help accurately identify a person’s sex using linguistics, one of society’s most powerful tools.

Ironically, people who would erase words like “his or “her” from the public’s general vernacular also often claim those words are no longer accurate or important. If this were the case, they wouldn’t go to the trouble of banning them from a city’s official legal documents.

Linguistics are one of civilized society’s most powerful tools. Precise language in a free society communicates truth, reassurance, liberty, and safety. Manipulated language can eventually become a new form of reality, license to pave the way for an amoral slippery slope, even if that reality is not the truth.

Prolific writer George Orwell said, “Political language is designed to make lies sound truthful and murder respectable, and to give an appearance of solidity to pure wind.”

I can’t think of a better example of this quote than a society’s progressive political leaders trying to ban male and female pronouns in an effort to force Americans to become a genderless, collective, consolidated swath of powerless drones.

Canadians have been fighting this battle for years. When Canadian’s parliament introduced Bill C-16, a bill that would allegedly end gender discrimination by forcing citizens to only use the preferred pronouns of transgender people, a few people stood against it—not because they didn’t like transgender people but because government-compelled speech via fiat is a giant red flag that society is moving away from free speech.

When author and clinical psychologist Jordan Peterson expressed his concern, he said, “I’m not going to cede linguistic territory to post-modernist neo-Marxists.”

By removing male and female designations from vocabulary, local government officials are one step away from forcing people to use specific language to refer to specific people.

This is a sign of an oppressive society, not a free one, and people on both sides—any side—of the political aisle should condemn this attempt to erase gender, reframe language, and use the power of linguistics to affect discourse.

Crackdown on ‘Gendered Language’ Does Not Bode Well for Free Speech