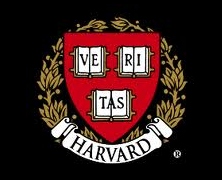 By Eric Metaxas | Let’s Be Honest About Ourselves |

The disciplinary board at Harvard recently announced that it was investigating allegations of cheating that were described as “unprecedented in anyone’s living memory.”

The allegations of plagiarism and “inappropriate collaboration” on last spring’s take-home final in the course “Introduction to Congress,” involved nearly one-half of the 279 Harvard students who took the class.

The investigation began when the professor noticed that between ten and twenty of the tests contained similar answers. Further investigation by the disciplinary board found an additional 100 or so to be “suspicious.”

If the students are found guilty of cheating, they could be suspended for one year and receive other sanctions.

While I as a Yale alumnus am tempted to have some fun at Harvard’s expense, that would be inappropriate. First of all, we don’t have all the facts.

Last year, an epidemic of cheating was uncovered in the Atlanta public school system. There was strong evidence that teachers in some public schools had erased students’ answers on standardized tests and penciled in the correct ones.

Then there are the less dramatic ways that, in the words of behavioral economist Dan Ariely, “we lie to everyone—especially ourselves.” In his new book, “The (Honest) Truth about Dishonesty,” Ariely debunks the notion that a kind of cost-benefit analysis lies behind human dishonesty. On the contrary, his research shows that neither possible rewards nor even the likelihood of getting caught play much of a role in the decision to cheat.

He also disputes the idea that cheating involves a rejection of the idea of right and wrong. In his account, people are caught between two competing goals: They want to see themselves as good and moral people, and they also want stuff.

I don’t know if Ariely, who is an Israeli, has read Romans 7, but he is describing the dilemma the Apostle Paul identified.

The way we reconcile these competing goals is to lie to ourselves about our honesty. The most obvious form of this self-deception is rationalization. In the aforementioned Atlanta scandal, teachers rationalized their cheating as a kind of protest against over-emphasizing standardized tests.

Ariely also documents that we “limit” ourselves to small acts of dishonesty. In several experiments Ariely and company found that “lots of people cheat a little bit; very, very few people cheat a lot.” Those who cheated “a little bit” got the benefits of cheating while continuing to think of themselves as good and moral people.

Except, of course, they really aren’t. To reference the Apostle Paul again, “none is righteous, no, not one…” Virtue isn’t what you do when nothing is at stake: It’s what you do when doing the right thing comes at a cost, whether large or small.

For the Christian, the response to this dilemma is God’s grace, which forgives and transforms us. We become new creatures instead of imagining ourselves as something we’re not.