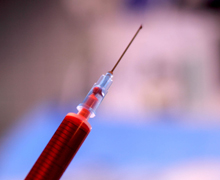 By Maggie Maslak | The End of Life Option Act, now in the state senate, would allow physicians to prescribe lethal medication to terminally ill patients who have requested it.

In the second attempt this year to establish a “right to die” in the state of California, state assembly lawmakers passed an assisted-suicide bill on Wednesday, by a vote of 42-33. The bill now faces a vote in the state Senate.

The bill, A.B. X2-15, would allow physicians to prescribe lethal medication to terminally ill patients who have requested it. 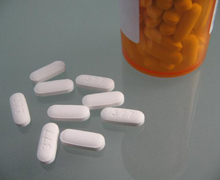 Some of those opposing the bill, also called the End of Life Option Act, called a recent legislative hearing “a well-orchestrated stage play designed to minimize the voices of those opposed to the bill.”

“Although many ‘concerns’ were raised by committee members, the softball questions were directed at proponents of the bill instead of the expert witnesses in opposition,” the California Catholic Conference said Sept. 4.

“Even when supporting arguments were misleading and inaccurate, there was no opportunity to refute the misinformation.”

California had abandoned efforts to pass a right-to-die bill this July, after the Assembly Health Committee fell short of votes.

Only two months later, the movement has resurfaced with more momentum, and the bill revisited the state assembly this week, under the pretext of a special legislative session on health-care financing convened by Gov. Jerry Brown.

However, opponents found this move suspicious, saying that the bill really has nothing to do with health-care financing at all.

“The hearing was part of a special session designed to address health-care financing, but the only financing question in the debate dealt with how inexpensive the suicide drugs would be compared to other costs,” noted the California Catholic Conference.

The new version of the bill includes additional safeguards, including that the patients be able to take the medication themselves, that two doctors approve, that the patient submit two oral requests at least 15 days apart, plus a written request, and that there will be two witnesses. It also expires in 10 years, at which time it could be reviewed and extended.

The push toward the legalization of physician-assisted suicide has been accelerating since the highly publicized case of Brittany Maynard, a Californian, late last year. Maynard’s mother and husband have been working to legalize the right to die in California ever since Maynard’s death in Oregon.

Other supporters of A.B. X2-15 include Assemblywoman Catharine Baker, R-Pleasanton, who is advocating for the ability to choose death in a terminal circumstance, calling the denial of this “nothing short of cruel.”

Although Brown remains hesitant toward the passing of the bill, saying other health-care topics should take priority, he has not been vocal about his stance on the issue.

Opposers of the bill, such as Assemblyman Mike Gipson, D-Carson, challenged the passage of A.B. X2-15 with the argument that many terminally ill diagnoses turn around into miraculous recoveries.

A six-month terminal diagnosis, which is what the bill requires to qualify for the right to die, is not long enough to determine an individual’s improvement, Gipson argued.

Assemblywoman Cheryl Brown, D-Rialto, opposed the bill on the same grounds. Her son was near death with an infection, but when doctors suggested she let him go, she refused. He remained on life support and eventually came off of it and is now married and a father. Brown commented, “Doctor’s don’t know everything.”

Other groups of opposition include Marilyn Golden, who fights for the rights of persons with disabilities. Golden believes better palliative care should be the topic of discussion, rather than seeking means to obtain death.

The bill, having passed in the state assembly, will now make its way to the state Senate, which had passed the earlier version of the legislation. The deadline for the bill to be passed in session is Sept. 11.

Physician-assisted suicide is already legal in the states of Oregon, Washington, Vermont and Montana.