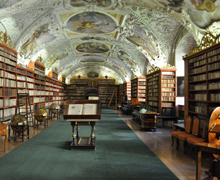 Editor’s note:  This is the second of two blogs covering Dr. Lawler’s article from the Federalist.com.  The first half can be read here.

The Technocrat’s Brand of Diversity

The technological criticism of political correctness is true enough. Instead of getting people all angry about being oppressed for this or that reason, education should be about the true liberation that comes with have the skills and competencies required to flourish in our marketplace. The Silicon Valley of nerds and similar startup “communities” are all about diversity in the sense of not thinking of anyone as anything more than a productive innovator. It really is not about “who you are” as black, gay, a woman, or so forth, but it’s about what you can do. The emerging world might be really tough if you’re not young, smart, well-trained, and a self-starter, but it’s not a world where the angry identity politics of “women’s studies” (which usually manages to be the utterly worthless education that’s neither liberal nor vocational) has any credibility at all. Our libertarian futurists are all about the coming post-political and even post-biological future of unprecedented personal freedom, and you can’t be a part of the liberating innovations to come if you’re obsessed with being granted unearned “social justice.” 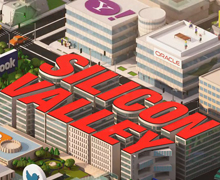 The leveling of the relational and cultural content of higher education is driven by the prejudice that we have nothing to learn from the past either about justice or technology.

But our technophiles also overhype the liberating potential of technological progress, and we hope they don’t really mean to say that their reasonable hope is that artificial intelligence or “genius machines” will somehow take us beyond our loving responsibilities as beings who know, love, and die.

In general, the leveling of the relational and cultural content of higher education is driven by the prejudice that we have nothing to learn from the past either about justice or technology. Even Plato and Shakespeare were distorted by the prejudices of their time, including being stuck in a much earlier and so more ignorant place in the progressive, liberating history of the division of labor. We are privileged by our late place in the process that drives “the arc of justice” and our globalized overcoming of natural scarcity through the unprecedented ingenuity of rational and industrious labor. Far from being displaced persons uprooted, as Wendell Berry claims, from the social ecology that sustains responsibly loving personal significance, we’re far down the road to being secured in an environment that far more reliably sustains personal consciousness than the ones nature or tradition have given us.

That kind of Progressive confidence explains why many conservatives think that the best way to fight reactionary political correctness is by reducing professors to workers following scripted best practices in a high-tech environment. Higher education might soon be reduced to teaching our best and brightest, as Cowen says, to work comfortably with genius machines or to methodically manipulate those nerdy geniuses who bond so well with those machines. Everyone else, meanwhile, will do as well as they can by learning in a mostly online environment those skills and competencies that allow them to function well as cogs in a machine.

Fight Back with Ironic Exposure

The polemic in favor of saving liberal education begins with getting ironic about the hegemonic claims—the claims to absolute rule—of both politically-correct social justice and boundlessly disruptive technophilia. One tool, Arthur Melzer has reminded us in his “Philosophy Between the Lines,” is restoring an appreciation of the esoteric dimension of philosophic and other literary writing in the past. The job of a liberating education has always been to expose, responsibly and subtly, the extravagant claims for wisdom that dominate public life and authoritative institutions in any particular society. One thing we learn is that writers of the past, such as Plato or Aristotle, didn’t really buy the patriarchal rationalizations for injustice in their political communities. And that should teach us now not to buy the various rationalizations for the techno-domination of ordinary people today. Those are the arguments of the sophists, those who think that our educational issues can be resolved by technocratic expertise, that knowledge, as Bill Gates brags, can be distributed in much the same way electricity or online connectivity can.

The job of a liberating education has always been to expose, responsibly and subtly, the extravagant claims for wisdom that dominate public life and authoritative institutions in any particular society.

Unlike, say, in Greece and Rome or some medieval village or Puritan New England, the dominant prejudices today—promulgated as enlightened competence by the experts—incoherently combine relativism, scientism, and atheism. So it turns out that esotericism—or clever, indirect writing that obscures the inconvenient or seemingly untimely truth—might today be about telling the truthful good news about God, the good, and the rational and virtuous life to a dogmatically skeptical audience. We can already see, of course, that professors in our mainstream universities can no longer say straight out what they believe through faith or even that what our evolutionary psychologists think they know through science doesn’t go very far in describing the observed behavior of members of our species. It’s true that none of our professors fears the fate of Socrates, but worse than death for a person of ideas might be marginalization or, as they say, exclusion from the rational conversation appropriate for a liberal society.

In any case, we should value any book or other mode of communicating that ironizes—or gives us a critical distance from—our prejudices in favor of the comprehensive liberating potential of both justice and technology. The liberation, in each case, is real, but it’s not complete, not what we most need, and includes corresponding forms of enslavement or self-deception.

The Great Books Give Us Critical Distance

Everyone knows that any life consumed by the enjoyments of the screen is marked by emotionally crippling abstraction and distraction, and that true teachers of philosophy, literature, and theology do what they can to get students to leave those screens alone enough to know what it’s like to take pleasure in being alone with yourself with others or in love in the present with another person with a body. Everyone also knows that, contrary to what the politically correct think, being shaped by one’s relational biological imperatives is, far from being the slavery of suckers, our only way to reliably free ourselves from the slavery of being locked up in one’s self. Thinking through both these modes of “experiential knowledge,” however, take us far beyond the angry reductionism of political correctness and the post-biological hopes of the technological promise of the Singularity or at least indefinite longevity.

The strangest and most wonderful being in the cosmos—each of us—is too elusive and mysterious to be known through information transfer.

The Catholic philosopher and novelist Walker Percy wrote on occasion about, in effect, writing esoterically or hiding his true or evangelical message in the forms of modern science and the existentialist novel. We also know, of course, that Flannery O’Connor deployed her violent and jarring stories as a kind of shock therapy to arouse us from our death-in-life techno-diversions as a preparation for wondering anew about the goodness and gratuitousness of created being.

The main reason we should cherish liberal education as “great books” is that they almost all are—whether written in the form of prose, poetry, plays, or novels—poetic in this sense: They are all about showing, rather than telling. One of the great prejudices of our time is that the truth can be reduced to theory and information expressed directly through “critical thinking” that can, in principle, be displayed through logically ordered PowerPoint slides. But the strangest and most wonderful being in the cosmos—each of us—is too elusive and mysterious to be known through that mode. This means the poetic, indirect, or slow and circuitous mode of knowing could be even more rigorous and rational in its own way. The reason Socrates didn’t write at all, and the reason Plato wrote “dialogues” or really wordy plays, is that books themselves can so readily get in the way of wondrous love and “the joy of discovery” if they are viewed as one-dimensional prose. The difference here is the one between the “great book” or even a “real book” and the “textbook.”

The one true progress has little to do with political institutions or technical devices: It’s the progress that occurs in the directions of wisdom and virtue over a particular unique and irreplaceable human life, and our struggle today is to remember to focus at least some of our higher education on encouraging that personal progress.