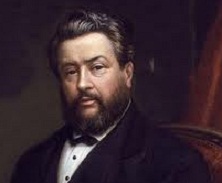 By Publius | One of the great treasures of our culture in the Christian West is our large collection of sermons.  The following quote is taken from one of the great preachers in England in the 19th century, Mr. Charles Haddon Spurgeon.  Combining a great literary style with sound instruction from the Bible and a good dose of humor and common sense, thousands flocked to hear and read this man in London for most of the second half of that century.  But while the following is aimed mostly at a Christian audience, it applies to all people in principle.  People who are never on time for appointments are a pain in multiple places both physical and emotional.  Read and heed.

As it is, we in this world cannot get away from the unpunctual, nor get them away from us, and therefore we are obliged to put up with them; but we should like them to know that they are a gross nuisance, and a frequent cause of sin, through irritating the tempers of those who cannot afford to squander time as they do.

Punctuality is one of the minor moralities, but it is one which every young man should carefully cultivate. The very smallness of the virtue makes its opposite vice the less excusable. It is as easy to be in time as it is to be five minutes late when you once acquire the habit. Let it be acquired by all means, and never lost again. Upon that five minutes will depend a world of comfort to others, and every Christian should consider this to be a very weighty argument.

We have no right to cause worry and aggravation to others, when a little thoughtfulness on our part would prevent it. If the engagement be for twelve o’clock, we have no authority to make it 12.5, and by doing so we shall promote nobody’s happiness. That odd five minutes may create discomfort for ourselves throughout the entire day, and this perhaps may touch the sluggard a little more keenly than any less selfish consideration.

He who begins a little late in the morning will have to drive fast, will be constantly in a fever, and will scarcely overtake his business at night; whereas he who rises in proper time can enjoy the luxury of pursuing his calling with regularity, ending his work in fit season, and gaining a little portion of leisure. Late in the morning may mean puffing and blowing all the day long, whereas an early hour will make the pace an easy one. This is worth a man’s considering. Much evil comes of hurry, and hurry is the child of un-punctuality.

The waste of other people’s time ought to touch the late man’s conscience. A gentleman, who was a member of a committee, rushed in fifteen minutes behind the appointed hour, and scarcely apologized, for to him the time seemed near enough; but a Quaker, who happened also to be on the committee, and had been compelled to wait, because a quorum could not be made up to proceed with the business, remarked to him, “Friend, thou hast wasted a full hour. It is not only thy quarter of an hour which thou hast lost, but the quarter of an hour of each of the other three; and hours are not so plentiful that we can afford to throw them away.”

We once knew a brother whom we named “the late Mr. S____,” because he never came in time. A certain tart gentleman, who had been irritated by this brother’s unpunctuality, said that the sooner that name was literally true the better for the temper of those who had to wait for him. Many a man would much rather be fined than be kept waiting. If a man must injure me, let him rather plunder me of my cash than of my time. To keep a busy man waiting is an act of impudent robbery, and is also a constructive insult. It may not be so intended, but certainly if a man has proper respect for his friend, he will know the value of his time, and will not cause him to waste it. There is a cool contempt in unpunctuality, for it as good as says, “Let the fellow wait; who is he that I should keep my appointment with him?