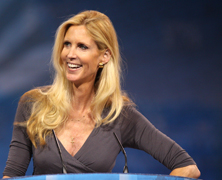 Ann Coulter’s canceled Berkeley speech has set off a delightful firestorm, and now we are in the midst of an absurd free speech debate that’s opened an oozing chasm on the left.

The recent protests on college campuses from Berkeley to NYU have shown that loud lefties are using fascism to curtail free speech.

Violence has erupted to squash words, so sticks and stones may break your bones, and they may be used to forcefully silence unpopular ideas. You know it’s an interesting debate when Liz Warren, Bernie Sanders and Bill Maher are, for once, on the right side of it

However, the left is not in lockstep, as a New York Times oped from NYU comparative literature professor Ulrich Baer shows some commies are more than happy to force their enemies into silence. He writes:

“Freedom of expression is not an unchanging absolute.”

Yes it is. He continues… 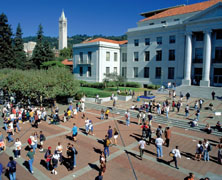 He goes on to say when monsters like Milo & Ann Coulter step foot on a safe space haven, their mere presence and thoughts aggrieve the oppressed. Writing:

“When those views invalidate the humanity of some people, they restrict a public good.”

So essentially, speech, and opinion in particular, is a zero sum proposition. If someone like Ann Coulter releases her ideas in Professor Baer’s hack vacuum, it chokes off anyone else’s ideas, experiences and humanity because in his subjective fantasyland only one of these things can exist at a time. He goes on:

“The idea of free speech does not mean blanket permission to say anything anybody thinks.”

Yes it does, unless the thinker is directly inciting violence.

That is a hot pile of malarkey on so many levels.

1) there is no such obligation for balance. Period.

And 3), most importantly, under Fuehrer Ulrich Baer’s new guidelines, who decides?

Free speech can be boorish, offensive, inconvenient and worthless, but sorry, Sunshine. Even with your gilded gavel in your ivory tower and your dumb, self-gratifying subjectivism, it’s all protected.