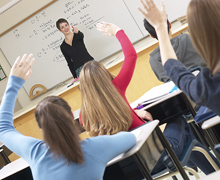 By John Stonestreet | We’ve all heard there are no bad questions… well, that isn’t exactly true. In fact, the very first question was bad….

In his classic work, Orthodoxy, G.K. Chesterton talks about an English yachtsman who, thinking he had discovered an island in the South Seas, had actually landed back in England. Chesterton said that this was his own story. All of Chesterton’s supposedly avant-garde questions about philosophy and the meaning of life had led him, slowly, inexorably along the well-worn path back to the faith of the apostles.

In a newer but still marvelous book, The End of Our Exploring, Matthew Lee Anderson traces the same kind of journey.

In the book, Anderson, a terrific young writer and lead blogger at mereorthodoxy.com, dissects the fascination of our day with asking questions—but not necessarily seeking answers.

Now Anderson is no anti-intellectual, who thinks questions are incompatible with Christian faith. This isn’t a “God says it, I believe it, and that settles it” approach to Christianity. In fact, he told me on BreakPoint this Week this is the most personal bit of writing he’s ever done. He is a questioner, and that includes of God. This can lead to knowledge, and to faith. “There’s a peculiar quality,” he writes, “that the questioning person cultivates, an openness to the world … and a willingness to … learn something.”

But we often act today as if our questions are autonomous. They are good questions on the mere condition that we have them. This is what Anderson is trying to correct when he rephrases Socrates: “The unexamined question,” says Anderson, “is not worth asking.”

In other words, contrary to what our teachers may have told us, could there be at least some bad questions? Anderson says, “Yes.” In fact, the very first question—the serpent’s question of Eve— was a bad one: “Has God actually said that you shall eat of no tree in the Garden?”

The serpent not only used an impersonal name for God instead of the covenant name Adam and Eve knew Him by, he insinuates that God is keeping something good from them; and he misquotes His command.

And this is another warning. Not only are there bad questions, we might be bad questioners. We not only need to question our questions; we need to sometimes question ourselves. Our questions are not pristine and unassailable. They’re tainted by our sin and selfishness—and we’re especially vulnerable in times of doubt and suffering.

“These days,” Anderson concludes, “I am more doubtful of seeing my own goodness in the land of the living than I am of seeing God’s. He has already proven Himself in the death and resurrection of Jesus. It is I who am in question.”

Yes, it is right and good to ask questions—if we don’t know the answer and are committed to doing the right thing when we get it. But sometimes, Anderson says, we ask in order to evade our responsibilities. Remember what the expert in the law asked the Lord when told he had to love God and his neighbor with everything he had—“Who is my neighbor?” That’s not a good question!

Anderson equates questioning with exploring—hence the title, The End of Our Exploring. He’s not calling for an end to questioning; he wants us to keep in mind that our questioning needs to have an end—in other words, a goal, a telos.

His book is a terrific reminder that questions aren’t ends in and of themselves. Rather, the right questions search for truth. Our yacht needs to end up at the right destination—even if it’s one we don’t expect….