Are Monuments Only the Start? 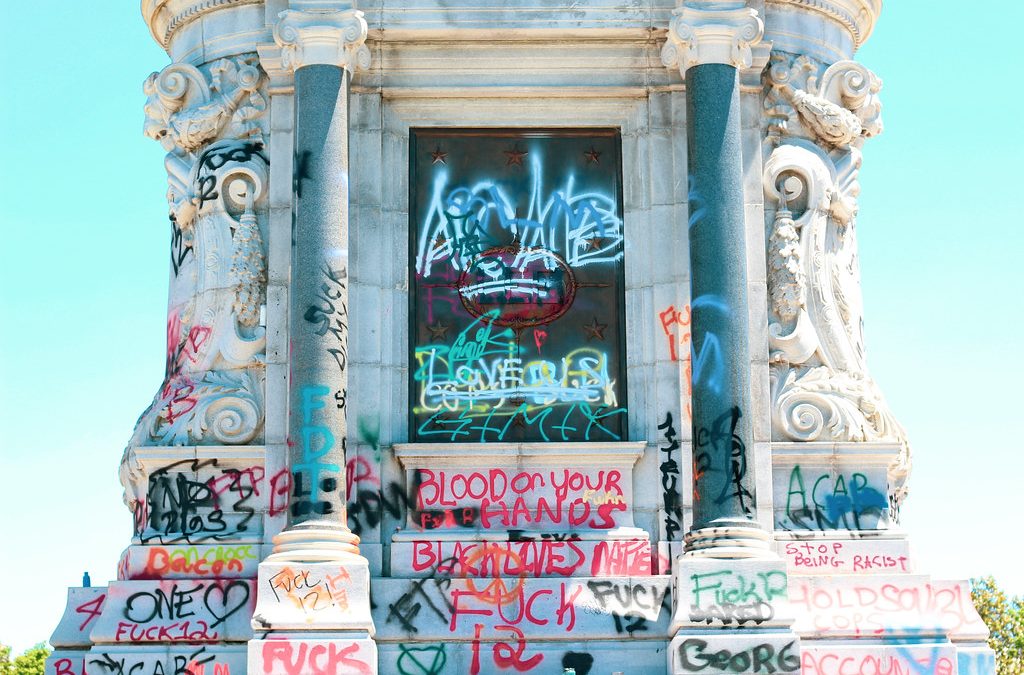 The radical left has hijacked debate over America’s monuments to wage a cultural war. Their goal: to deny the moral legitimacy of our democratic republic.

Violent attacks on statues and memorials aren’t mere vandalism. They are an assault on the United States itself and the values upon which this great nation stands. We should all stand united as Americans in the defense of our heritage, culture, and the rule of law. 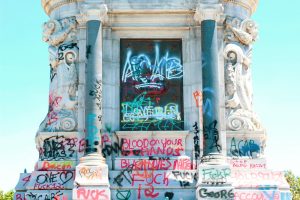 In America, as in Great Britain, we have built statues to memorialize individuals and events representing some of the noblest moments in our civilization. Such artwork helps us to remember and defend our highest political, moral, and religious ideals.

The mob violence directed against it is an assault on civilization itself.

The rioters are targeting national heroes of all kinds. In the U.S., they’ve gone after statues of George Washington, Thomas Jefferson, Abraham Lincoln, Ulysses S. Grant—individuals who invested their lives to establish and preserve American democracy.

Yet even these giants have not been spared from the culture of rage. Attempts to destroy them are an assault on one of democracy’s great achievements: respect for the rule of law.

We must not give in to mob rule. Those responsible for criminal acts must be held to account and face the full weight of the law. All Americans should condemn any attempts to tear down and vandalize statues and monuments across the country.

If the rioters are allowed to continue toppling statues, it won’t stop there. The destroyers will declare more and more things to be offensive, and their destruction will spread to more and more streets, more and more towns.

Left unchecked, they will target every cherished statue and symbol in the land, secular and religious.

On both sides of the Atlantic, Western civilization is under siege. In London, rioters have attacked Winston Churchill’s statue in Parliament Square, as well as the Cenotaph in Whitehall, the sacred memorial to Britain’s war dead.

Johnson condemned the attacks on Churchill and other monuments, declaring that “the statue of Winston Churchill in Parliament Square is a permanent reminder of his achievement in saving this country—and the whole of Europe—from a fascist and racist tyranny. It is absurd and shameful that this national monument should today be at risk of attack by violent protesters.”

He also warned that “we cannot now try to edit or censor our past. We cannot pretend to have a different history.”

Across the Channel, Macron sent a similar emphatic message in a televised speech to the French nation: “I will be very clear tonight, compatriots: the Republic won’t erase any name from its history. It will forget none of its artworks, it won’t take down statues.”

In the U.K., British authorities are actively identifying and prosecuting individuals who have attacked historical monuments. The British government has refused to appease those who seek to rewrite history and trample upon the foundations and achievements of those who played a major role in the country’s past.

The same must be done in the United States. Law enforcement, mayors, governors, and federal authorities must make every effort to ensure that further destruction is prevented.

President Donald Trump was right to sign a new executive order last week protecting American monuments, memorials, and statues. It sends a clear message that lawlessness will not be tolerated.

The United States is the leader of the free world. No nation in history has done more to defend the principles of liberty and freedom. America’s very foundations today are under attack from left-wing anarchists who seek to sow fear, disorder, violence, and hatred.

We cannot allow the forces of anarchy to replace the rule of law. They must not be allowed to win.