A College Crisis Very Well Worth Hoping For? 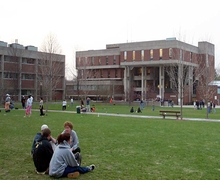 By Ross Douthat | BETWEEN the 19th century and the 1950s, the American university was gradually transformed from an institution intended to transmit knowledge into an institution designed to serve technocracy. The religious premises fell away, the classical curriculums were displaced by specialized majors, the humanities ceded pride of place to technical disciplines, and the professor’s role became more and more about research rather than instruction.

Over this period the university system became increasingly rich and powerful, a center of scientific progress and economic development. But it slowly lost the traditional sense of community, mission, and moral purpose. The ghost of an older humanism still haunted its libraries and classrooms, but students seeking wisdom and character could be forgiven for feeling like a distraction from the university’s real business.

At which point the student radicalism of the 1960s entered the picture. The radicals moved quickly to dismantle the vestiges of moral conservatism on campus — the in loco parentis rules that still governed undergraduate life, for instance. But their real mission was actually a kind of remoralization, a renewal of the university as a place of almost-religious purpose, where students would be educated about certain great truths and then sent forth to live them out.

It was just that these truths were modern instead of ancient: The truths of the antiwar and civil rights movements, and later of feminism and environmentalism and LBGTQ activism and a long list of social justice causes. 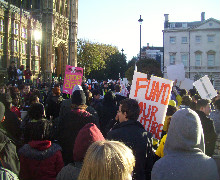 With time, the university ceded just enough ground to co-opt and tame these radicals. It adopted their buzzwords as a kind of post-religious moral vocabulary; it granted them the liberal arts as an ideological fiefdom (but not the sciences or the business school!); it used their vision of sexual liberation as a selling point for applicants looking for a John Belushi-esque good time.

The result, by the time I arrived at college late in the 1990s, was a campus landscape where left-wing pieties dominated official discourse, but the university’s deeper spirit remained technocratic, careerist and basically amoral. And many students seemed content with that settlement.

This was the heyday of what my colleague David Brooks dubbed “the organization kid,” a vaguely liberal but not at all radical specimen to whom both traditional humanism and left-wing politics seemed entirely lacking in appeal.

Now, though, radicalism is back, and the settlement that kept the careerist peace on campus seems to be cracking up all over. At small liberal-arts colleges, big state schools and Ivies alike, protesters are defenestrating presidents and deans, occupying quads, and demanding wholesale social and academic change.

It probably goes without saying that I have little sympathy for the goals of these new activists. In the academy they have in mind, ideas I cherish would probably be banned as hate speech and a past I treasure buried under “trigger warnings.”

But the activists’ many critics, conservative and liberal, need a clearer sense of what these students are reacting against.

The protesters at Yale and Missouri and a longer list of schools stand accused of being spoiled, silly, self-dramatizing — and many of them are. But they’re also dealing with a university system that’s genuinely corrupt, and that’s long relied on rote appeals to the activists’ own left-wing pieties to cloak its utter lack of higher purpose.

And within this system, the contemporary college student is actually a strange blend of the pampered and the exploited.

This is true of the college football recruit who’s a god on campus but also an unpaid cog in a lucrative football franchise that has a public college vestigially attached.

It’s true of the liberal arts student who’s saddled with absurd debts to pay for an education that doesn’t even try to pass along any version of Matthew Arnold’s “ best which has been thought and said,” and often just induces mental breakdowns in the pursuit of worldly success.

It’s true of the working class or minority student who’s expected to lend a patina of diversity to a campus organized to deliver good times to rich kids whose parents pay full freight. And then it’s true of the rich girl who discovers the same university that promised her a carefree Rumspringa (justified on high feminist principle, of course) doesn’t want to hear a wordabout what happened to her at that frat party over the weekend.

The protesters may be obnoxious enemies of free debate, in other words, but they aren’t wrong to smell the rot around them. And they’re vindicated every time they push and an administrator caves: It’s proof that they have a monopoly on moral spine, and that any small-l liberal alternative is simply hollow.

Or as the great Walter Sobchak might have put it: “Say what you want about the tenets of political correctness, Dude, at least it’s an ethos.”

Which might turn out to be the only epitaph for the modern university anybody needs to write.

A Crisis Our Universities Deserve