There are Things You Can’t Say in Public

While some may believe you should be able to say whatever you want in public, that is not possible in a safe and civilized society.  Before we look at the limitations that should not be placed on speech, a quick survey of the traditional  limits on speech may be helpful.

Ken Paulson of the First Amendment Center recently addressed this issue in response to the desires of some to shut down the Occupy Wall Street protests.  (Source) 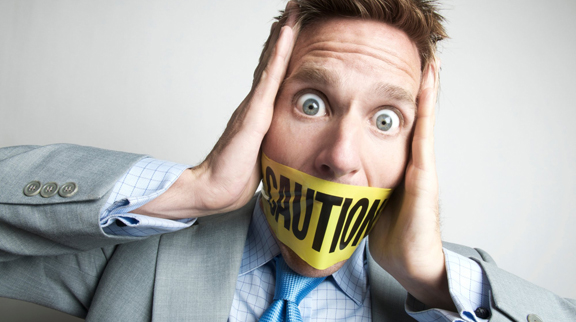 “You can’t yell fire in a crowded theater.”

That paraphrase of a paragraph in a 1919 U.S. Supreme Court [decision] written by Justice Oliver Wendell Holmes Jr. is often cited as justification for limiting free speech. Critics of the Occupy movement often point to it as justification for government shutting down protests in public parks.

“The most stringent protection of free speech would not protect a man in falsely shouting fire in a theatre and causing a panic … The question in every case is whether the words used are used in such circumstances and are of such a nature as to create a clear and present danger.”

The decision says the First Amendment doesn’t protect false speech that is likely to cause immediate harm to others. It doesn’t say, “The government has plenty of ways to shut you up.”

In America, we have extraordinary latitude in saying what we believe without fear of repression, making the U.S. a model for other nations.

That’s why I’m always surprised when members of the news media suggest otherwise.

One recent example is a column by Chuck Goudie, a reporter at ABC-7 News in Chicago who writes in the Daily Herald of suburban Chicago. Here, in a column about the Occupy protests, is his take on freedom of speech:

Perhaps more than any other part of the Constitution, the First Amendment right of “free speech” gets cited by Americans.

From an eighth-grader suspended for recording a song about why his teacher should be dead to the gay community members whose parade has been rerouted, the chorus sounds the same: ‘My right to free speech is being violated.’

The problem with that is: The Constitution doesn’t guarantee you ‘free speech.’

Despite what many seem to believe, the ‘freedom of speech’ guarantee in the Constitution doesn’t give you the right to say anything you want, anywhere you want.

The First Amendment makes it unconstitutional for government to suppress speech (and ‘expression’ as it has come to include). That’s it.

There are numerous exceptions to that, well beyond just the popular citation of the ‘yelling fire in a crowded theater’ kind of speech that is prohibited. Under the Constitution, the courts allow for many types of dangerous speech to be regulated or banned by law.

Child pornography, defamation and inciting crimes are just a few examples of speech that has been determined to be illegal under the U.S. Constitution.

I’m sure Goudie is trying to illuminate the issues, but articles like this leave readers with the sense that the free-speech guarantee is porous and full of exceptions. Yes, the First Amendment applies only to government action, but that’s where censorship threats typically come from. Neighbors and private citizens can’t limit our speech, and bosses can do it in the workplace only because we have a contractual relationship with our employers. As Thomas Paine would have noted, we are born free, and the scope of our liberty is enormous. 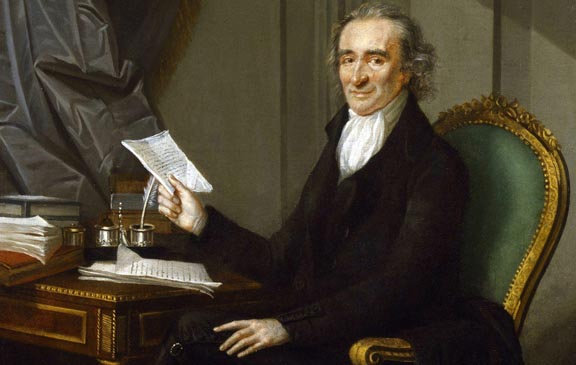 Today in America, more than 312 million people will say exactly what they want to say about politics, policies and the world around them. Not a single person will be jailed for the words he or she utters.

Today that same 312 million will pray to the God of their choice (or to none at all), and suffer no consequences.

Today several thousand newspapers and millions of websites and bloggers based in the U.S. will write about what is going on in their communities and in some cases, how they feel about it. Nobody will end the day in jail because of what he’s written.

The power and scope of the First Amendment is extraordinary and we do it a disservice when we suggest that the extraordinarily rare exceptions are the norm.

From Goudie’s column: “Child pornography, defamation and inciting crimes are just a few examples of speech that has been determined to be illegal under the U.S. Constitution.”

Just a few examples? There’s no massive laundry list of exceptions to the First Amendment. The examples cited by Goudie largely deal with criminal activity, not pure speech.

Of course, you can’t yell “Fire” in a crowded theater. You also can’t step to the front of the theater in the middle of a showing of the latest installment of “Twilight” and yell “Long Live the First Amendment” over and over again. In either case, you’d be taken into custody because of your disruptive or threatening action.

And although you can sue someone for defamation, America’s news media enjoy substantial protection under the First Amendment. Essentially you can prevail in a libel suit only if the statement is false and intended to harm (see “Theater, Yelling Fire In”).

Protesters in the Occupy movement are being arrested for trespassing and related acts, but not for their message.

It’s an important distinction. If we accept as conventional wisdom that free-speech rights are often limited, then free expression doesn’t seem so sacrosanct. Though conduct related to speech can be punished, ideas are largely inviolate. That foundation of freedom has served this nation well. 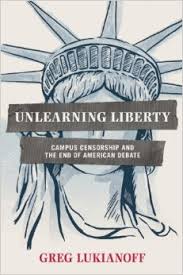 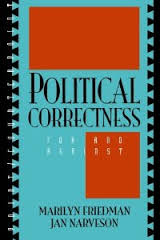