One side of this debate believes that the way masculinity has been traditionally defined is the cause of much of this world’s anger, pain, and destruction.  But the other side believes that the two genders together provide balance to each other, the gentler aspects of the feminine being aided by but also complementing the more domineering aspects of the masculine.  So if the call of one side is for the abolition of masculinity in order to pursue a better, more peaceful society, what would cause the other side to say, “no?”

As has been shown so far, properly defining masculinity is the first order.  One writer who has thought about this at length has submitted the following as a standing definition for authentic and needed masculinity:

Much of the debate here stems around the maintenance or destruction of gender roles.  Is it appropriate for men to behave as “men” and women as “women,” or should all people seek to be “the same?”  The traditional reply has always been that try as they might, one gender cannot assume the role of the other.  And the results of trying to rid ourselves of such gender roles have often involved the feminine moving to the front and  the masculine being relegated to the back seat, which is having huge effects in our culture.

As the gender roles become confused, many in the masculine role have seemed to lose any sense of the duties or responsibilities that are a part of their role.  Thus many men are simply stepping away from fulfilling their role in society.  One popular music artist who is concerned about this trend, especially in the African American culture, is Lecrae.  His Christian faith and his knowledge of his culture’s needs led him to record this call for a return to true manhood and its responsibilities. 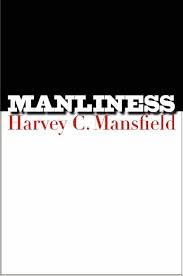