Do We Consume
Too Much?

“My wish simply is to live my life as fully as I can. In both our work and our leisure, I think, we should be so employed. And in our time this means that we must save ourselves from the products that we are asked to buy in order, ultimately, to replace ourselves.” ― Wendell Berry, The Art of the Commonplace: The Agrarian Essays

There really are two ways to be wealthy: one is to make more money, the other is to be happy with what you have.  Our society seems to be relentless in its pursuit of things.  In this course experience we ask the simple question, “Do We Consume Too Much?” and seek some answers through listening to a conversation.  The conversation is between two men, both very informed and concerned about the rate of consumption in our society and the “training” most young people undergo in keeping this consumerist society going.

The interviewer in this recording is Ken Myers.  Ken produces a monthly audio magazine on culture, Christianity, and books called The Mars Hill audio journal.  “Ken Myers did his first radio interview when he was working in college radio. He was 19 at the time, and his first guest was Johnny Cash. Although he sometimes wonders if he peaked early, he claims that sociologists, historians, psychologists, and even economists can actually be more interesting than country music singers, despite the fact that they sometimes struggle a bit more to sustain a practically insightful point-of-view. 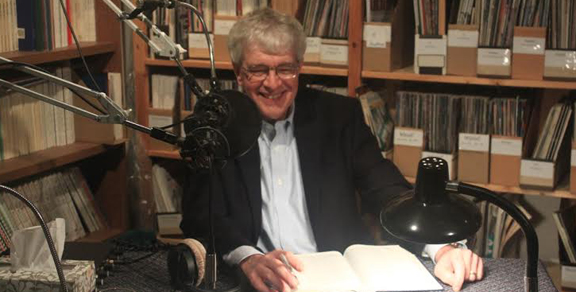 “After completing his B.A. in communications, with an emphasis in film theory, Ken Myers went to work for National Public Radio, where he edited material for the arts and performance programming which, at the time (in the mid-1970s) formed a much larger proportion of NPR’s creative work. After three years at NPR, he decided to go to seminary in order to pursue a teaching ministry. He realized how ill-prepared he was theologically to contend with the non-Christian worldviews increasingly prevalent in culturally formative institutions, and believed that thousands of other lay people were similarly ill-equipped. He thought he might be called to a vocation of teaching about culture and theology.

“But having finished a Master of Arts in Religion degree at Westminster Theological Seminary in 1979, and finding no institutions committed to the sort of cultural apologetics he thought needed by the Church, he accepted an offer to return to NPR to serve as arts and humanities editor for the then-new program, Morning Edition.

“A budgetary crisis in 1983 cost Myers his job, and he eventually accepted the position of executive editor at Eternity magazine, a well-established evangelical monthly. In that position, he sought to develop a form of Christian journalism that was more rigorously engaged with the specific cultural phenomena and larger cultural trends of our time.

“The pursuit of that vision has resulted in his establishing MARS HILL AUDIO in 1992, after having worked on editorial projects with Richard John Neuhaus and Charles Colson. The mission statement of MARS HILL AUDIO commits the organization “to produce creative audio resources that encourage Christians to grow in obedient wisdom concerning the cultural consequences of our duty to love God and neighbor.”

“Ken Myers lives and works on a large wooded lot in the rolling countryside of central Virginia, just north of Charlottesville. When he is not preparing for interviews or writing and editing an issue of the Journal, he fills the time by singing in his church choir, watching old movies, hiking in the Blue Ridge Mountains, and keeping his bird-feeders filled (a locally resident black bear makes that job more interesting). His wife Kate, who holds a masters degree in musicology, homeschooled their two children through high school, and is now doing part-time work for MARS HILL AUDIO in between gardening, landscaping, and sewing projects. His daughter Susannah graduated from the College of William & Mary in 2008, and his son Jonathan lives with his family in Washington State.”  (source) 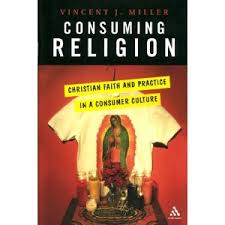 So...Are You
Grateful? How Do I Do
the Right Thing? Hedonism: Eat, Drink
and Be Merry (?)