The final way to approach this course’s question is through the lens of pessimism.  These are the “glass half empty and there is a leak in the bottom” type of people.  A major portion of this group believes that man himself is the cause of things getting worse and worse, and that if we don’t reform our actions, we will destroy the planet.  Through our rampant love of technology, machines, and harmful energy sources, pessimists believe we are going to either unleash some uncontrollable force on the planet or make it unfit for life.  Many films adopt this pessimism when making movies about the end of the world, thus this view is at times referred to as apocalyptic.

One famous philosopher built his view of life around a pessimist viewpoint.  Read the following short summary of Arthur Schopenhauer’s philosophy to gain an understanding of how pessimism affects one’s view of everything.

The Universe As Will: Schopenhauer’s Pessimism

At some point in your childhood, there was probably some toy, video game, or other item that you wanted more than anything else in the world. If you were lucky, you eventually got it. After a few days, though, that object seemed to lose the luster that it had before you owned it. Pretty soon, something else caught your eye, and the cycle repeated itself. Schopenhauer felt that this is an accurate description of all existence. We want to own things and achieve certain goals; in other words, we have a will. So, we work and struggle to own those things and achieve those goals, but, shortly after we succeed, the fun wears off. Getting a perfect score on the SAT may make you feel great for a few days, but pretty soon, you’re going to forget about it, even though you may have spent months or years suffering as you studied and prepared for the test.

If we aren’t struggling towards goals of ours, then we experience boredom. This type of boredom is not just lounging around on a lazy afternoon – it is the lack of any hopes, dreams, and desires. Boredom, as Schopenhauer used the word, is strikingly similar to extreme clinical depression. With no goals or drives, you simply waste away. Even if you don’t reach such an extreme level of boredom, it’s still a pretty terrible feeling to not have any sort of long-term goals or big dreams. You just sort of float through life, passively accepting it all, but without any larger purpose. Boredom, both in the extreme and limited senses, seems to involve rather significant suffering.

Your choices, then, are either struggling or boredom, both of which result in suffering. Schopenhauer used the analogy of a pendulum swinging back and forth, going between struggle and boredom. There are occasional moments of genuine happiness, but those are brief in comparison to the extensive time spent either struggling or bored. You waited weeks for the toy, but lost interest after a few days. You spent months studying for the SAT, but now it just doesn’t seem to matter that you aced the test. In each instance, the cycle repeats itself: struggle, momentary happiness, boredom.

Maybe you can take some comfort knowing that this is only how humans are. Even if we’re condemned to this pendulum of suffering, the rest of the universe is still beautiful and admirable, right? Wrong. Not only are humans built this way, but so is all of reality.

This argument about all of reality being a form of willing, and therefore suffering, is rather shifty. It contains a number of seemingly unjustified logical leaps, questionable premises, and other oddities (for instance, shouldn’t the objection used against matter also apply to force?) So forgetting that all of reality is suffering, and instead just looking at our existence, does Schopenhauer have a point? It seems that he does, as we will either be actively working towards a goal, which requires work and effort, or we’ll be inactive and un-stimulated. With that in mind, though, we don’t necessarily have to despair. This philosophy is very similar to Buddhism (Schopenhauer was heavily influenced by eastern philosophy), and Buddhists don’t seem to be in perpetual misery. Even if life is constant suffering, that doesn’t mean we have to be pessimists about it. 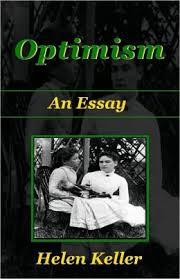