The Age of Possibility 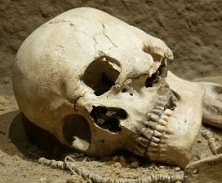 By Eric Metaxas | Choosing Our Extinction | Whatever your political persuasion, chances are that you believe in choice. Those who favor the right to kill unborn human beings in the womb, of course, characterize their position with the appealing vocabulary of “choice”—but ignoring the fact that the child has no choice in the matter.

Of course, even pro-lifers often assert the true importance of choice—the choice by women of whether or not to engage in sex, the choice of how many kids are right for one’s family, and so on.

As morally responsible beings made in God’s image, we’re all for choice—but as Christians, we recognize the need to temper our choices with the virtues of justice, temperance, prudence and so on.

My friend Os Guinness has talked about a Golden Triangle of freedom, virtue, and faith. But we need all of them. Because freedom, or choice, by itself, is frightening. Would we really feel safe in a world where individual choice stood like a colossus on a barren moral landscape?

Well, as you might have sensed, we’re almost there.

As New York Times columnist David Brooks wrote recently, “At some point over the past generation, people around the world entered what you might call the age of possibility. They became intolerant of any arrangement that might close off their personal options”—in other words, their choice.

And here’s the kicker: “There are now more American houses with dogs than with children.”

As Chuck Colson always said, worldview matters. And post-familialism, as it’s called, is a growing worldwide trend. “In Scandinavia,” Brooks writes, “40 percent to 45 percent of the people live alone. Thirty percent of German women say they do not intend to have children.”

So “choice” is behind the West’s well-known demographic death-spiral. The Age of Possibility is a one-way street to nowhere.

Why might so many people be choosing to ignore the Genesis command to be fruitful and multiply? One researcher puts it baldly: “Under the social and economic systems of developed countries, the cost of a child outweighs the child’s usefulness.”

I, for one, shudder to think we live in a world where people are valued only if they are deemed “useful”!

And what a small vision of human happiness we are embracing, which is no bigger than the shriveled, individualistic self. As Brooks recognizes, “the age of possibility is based on a misconception. People are not better off when they are given maximum personal freedom to do what they want. They’re better off when they are enshrouded in commitments that transcend personal choice—commitments to family, God, craft and country.”

Amen. No wonder Chuck liked to read David Brooks so much! Look, friends, all the studies show that people who are committed to something beyond themselves—to marriage, children, and, ultimately, to God—are happier, healthier, and better adjusted.

But amid a sinking culture that’s clinging to “choice” like an anchor, quoting statistics just won’t cut it. We must not just tell people the right way to live the good life, but we must show it. A happy home where Christ is exalted and the world is engaged may well be the best apologetic of all.