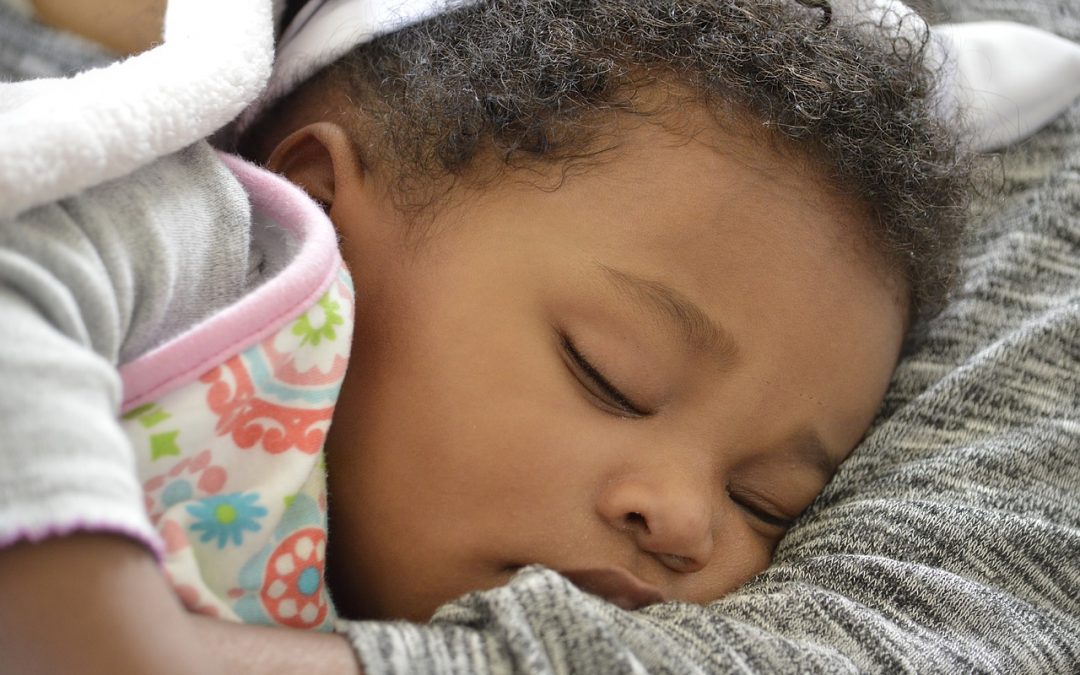 Scientific innovations over the past half century have dramatically increased our technical mastery over human life in its origins. Up until very recently, human procreation has been outside of our direct control. If one wanted a child of one’s own, one needed to find a willing partner of the opposite sex and be sexually intimate with that person—usually not just once, but on a regular basis, over an extended period of time—in hope that one of those encounters would lead to the conception of a new human being. Moreover, one could only hope, but not do anything to ensure, that the child thus conceived would be relatively healthy. 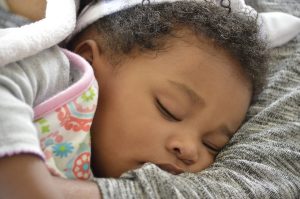 Today things look very different. Now, due to the development of in vitro fertilization (IVF), it’s possible to have a child without having sex at all. Couples having trouble conceiving in the bedroom can attempt to unite their egg and sperm in a petri dish with the help of doctors and technicians at an IVF clinic. A single person, male or female, can have a biological child using donor egg or sperm, and in some cases a gestational surrogate. A post-menopausal woman can have a child, using either a donor egg, or an egg of her own that was extracted and frozen during her fertile years.

Those concerned about the possibility of passing on genetic diseases can use pre-implantation genetic diagnosis to select only disease-free embryos for implantation, and those who want a child of a particular sex, or with particular genetic traits, can do that as well. Now, with new gene-editing technologies, it is possible even to genetically alter one’s embryonic children. This has already been done—with widespread controversy—by a Chinese scientist, who altered embryos to make them resistant to HIV. Those genetically-modified twins were born last October. Furthermore, the ability to create human life in a petri dish has also made possible widespread experimentation on human embryos.

Are these scientific developments good, or bad, or a mix of both? Should we seek to craft public policies that promote and facilitate these practices, or policies that discourage or perhaps even forbid some of them? And what is at stake if we get these questions wrong? Some might argue that we should just let science govern itself, and take a hands-off approach to these matters. That would be a grave mistake, for what we are dealing with here are technologies that could literally alter the human race, and that have already begun to alter our understanding of things as fundamental as the meaning of parenthood and the nature of family relationships—things that are fundamental not just for the well-being of individuals, but for the health of society as a whole.

I would like to offer a few ethical considerations that may help in thinking through these difficult questions. The overarching principle that should guide our judgments in these matters is the requirement to respect the equal dignity of every human being. Since human dignity is a fuzzy term, let me clarify that when I say, all human beings have dignity, what I mean is that there are special moral norms that govern our interactions with human beings. These norms include prohibitions on rape, or torture, or murder, and they require us, in various ways, to respect the fundamental aspects of others’ well-being.

All human beings have equal dignity, because we all possess a rational nature—that is, we are all of the type of being whose nature is oriented to the exercise of rational capacities, like the ability to think, and to make free choices. While humans are not all equal in the actualization or manifestation of those rational capacities, we are all equal in possessing the root capacity for rationality, regardless of our state of health or stage of development.

It’s worth noting how this philosophical defense of human dignity dovetails with the biblical notion that all human beings have equal dignity because all are created in the image and likeness of God. For one of the basic attributes of divinity is the capacity to be an uncaused cause. We human beings share in this God-like capacity insofar as our rational nature enables us to act with genuine freedom, to be the uncaused cause of our own actions through rational deliberation and choice.

Given the equal dignity of all human beings, what are some of the ethical concerns raised by the sorts of practices I described at the beginning? The first is a general concern about how such practices commodify human procreation and clearly fail to respect the equal dignity of embryonic human beings. We should foster an approach to children as gifts that we can hope for, but to which we do not have a right: an approach in which children are treated from the very beginning—that is, from conception—as persons equal in dignity, who deserve our unconditional welcome, love, and protection. But reproductive technologies in their various forms facilitate treating children as commodities, as products of manufacture, or as raw material for research.

By moving the site of procreation outside of the mother’s body and into the lab, the embryonic human being becomes subject to the logic of manufacture and production. This logic is about efficiency, quality control, maximizing profit, and giving customers what they want. These features are clearly present in assisted reproduction. There is, for instance, the practice of producing multiple embryos at once—even though this means that some will not be used—because it is more efficient to do it that way than to attempt to produce only one or two at a time. Of all the embryos produced, the “best” one or two are selected for transfer into the woman’s uterus, and sometimes pre-implantation genetic diagnosis is used to select for or against certain diseases or traits. The extra embryos are either frozen, in case the individual or couple wants to use them at a later date, or discarded or donated for research. Sometimes, when a multiple pregnancy occurs—an event that is much more frequent with assisted reproduction than with natural reproduction—a so-called “selective reduction” is performed: in other words, one or more fetuses are aborted to increase the chance that the others will survive, or simply because the parents do not want that many children.

Assisted reproduction is a multi-billion dollar industry that seeks to make the paying customer—the adult or adults seeking a biologically related child—happy, and that exhibits no direct concern for the fate of the new human beings it helps to create. Consider, for instance, that IVF was used in clinical practice without prior studies on primates or long-term outcomes. The first woman conceived through IVF is still only forty-one years old, and longitudinal studies on health outcomes are now only beginning to be published. One of those studies found that adolescents conceived through IVF had a higher risk of high blood pressure due to IVF-induced, premature vascular aging. Who knows what other issues may arise as the children get older?

Reproductive technologies also make intentional single parenting possible through the use of donor sperm for women, or donor eggs and a surrogate for men. In these cases, children are intentionally conceived in a way that cuts them off from one biological parent and half of their ancestry. Little thought is given to the psychological harms likely to result when children are deprived of their father or mother in this way, harms that are now becoming evident as the first generation of donor-conceived has reached adulthood. One study, for instance, found that donor-conceived adults are, on average, more confused about their identity and more isolated from their families than those raised by their biological parents, or even than those raised by adoptive parents.

And of course, the creation of children in the lab enables them to be subject to scientific experimentation that harms or destroys them. It also makes possible the kind of human gene-editing experiments done last year in China, experiments quite likely to result in lasting harm to the children produced, and to all of their descendants.

The use of donor eggs and surrogates to have children also involves the commodification of women, and exposes them to significant physical and psychological harm. The high sums of money offered, especially for elite egg donors (who are often college students or young professionals with student loans hanging over their heads), can be very hard to pass up, and many argue that offering so much money is exploitative. Indeed, the idea of “selling” such an intimate part of oneself is arguably in itself a threat to human dignity; that’s why we use the language of donation, even though most donors admit that they wouldn’t do it without the financial incentive.

The same is true of gestational surrogacy. This has led many countries, such as France, Germany, Italy, Spain, Portugal, and Bulgaria to prohibit surrogacy entirely. Others, like Canada, Australia, the UK, Ireland, Denmark, and Belgium prohibit paid surrogacy arrangements. The US, however, remains largely unregulated, leaving women extremely vulnerable to psychological, physical, and financial harm.

Consider, for instance, the case of surrogate Crystal Kelley. The intended parents told Kelley to abort when a five-month ultrasound showed that the fetus had a number of medical problems, including a cleft palate, a brain cyst, and a heart condition. When Kelley refused, they offered her $10,000, and when she persisted in her refusal, they threatened to place the child in an institution after birth. Kelley sought legal help and was advised to go from Connecticut to Michigan, one of the few states in which custody is automatically granted to the gestational mother. As her due date approached, Kelley clandestinely fled to Michigan to give birth, where a family with a special needs child had already agreed to adopt the baby.

Given the very real risks of assisted reproductive technologies and gene-editing technologies, for both individuals and society as a whole, a hands-off, libertarian approach to these issues is ethically irresponsible. They are no more private than abortion is, and they deal fundamentally with the same concerns: the protection of the most vulnerable among us, and the affirmation of the equal dignity of every human being, no matter how small. Because these technologies imply a radical transformation in our understanding of the meaning of parenthood, and in our approach to the next generation, we must ask ourselves what sort of world these technologies are creating, and whether it is the sort of world that we want for our children and grandchildren.