One Islamist’s View of Ben Carson’s Comments About Islam 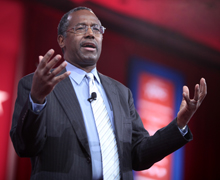 By Tawfik Hamid | Presidential candidate Dr. Ben Carson was roundly criticized last week for his comments about Islam. When asked whether he believes that Islam is consistent with the Constitution, his response was:  “No, I don’t. I do not. I would not advocate that we put a Muslim in charge of this nation.”

Unfortunately for the critics, ridicule, derision and condemnation are not actually arguments. They are the last refuge of a defeated thought.

As a Muslim-and particularly as a former member of a radical Islamist group-I can state unequivocally that Dr. Carson is correct. Without a single exception, the approved Islamic literature teaches violent principles such as killing apostates, beating women, killing gays, and enslaving female war prisoners for sexual purposes. If anyone doubts this, or wishes to challenge it they need to prove this to be wrong. 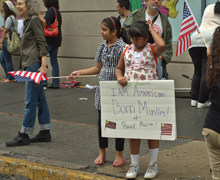 If Carson’s critics could provide a single approved Islamic theological book that would undermine his position; if they could point to just one treatise that is accepted by the leading Islamic scholars at Al-Azhar University or the religious authorities in Saudi Arabia (the two Sunni religious bodies responsible for approving a printed Quran) that rejects the traditional barbaric principles of Islamic law; if they could produce a solitary approved Islamic text that stands clearly and unambiguously against, for example, killing apostates, beating women, killing gays, and enslaving female war prisoners for the express purpose of raping them, then perhaps the criticism would be justified.  But they cannot because such a text does not exist.

In fact, until such a reference is found, Ben Carson is proved correct. Failure to produce such a text proves that these Sharia values and principles which are so hostile to the American Constitution are still an integral part of mainstream Islam. Dr. Carson was right and he will remain so until proven otherwise.

And worse, the aforementioned horrific values are considered “maloom mina aldeen Bil-Darora” (a necessary article of the religion). So if a Muslim were to reject them, then under Sharia law he must be considered an Apostate (one who has forsaken his religion), and therefore, under the same law, must be killed. In other words, any Muslim who rejects killing gays and apostates or beating and raping women is no longer considered a Muslim under Sharia law, and must be killed (and thus such Muslims should not be offended by his comments!). Until Islamic law and theology changes and allows those who deny these inhumane values to remain Muslims, Ben Carson is right. Sharia law is in fact the antithesis of the American constitution.

Dr. Tawfik Hamid, is an Islamic thinker and reformer, and one time Islamic extremist from Egypt. He was a member of a radical Islamic organization Jamaa Islameia JI (of Egypt) with Dr. Ayman Al-Zawaherri who later became the second in command of Al-Qaeda. After being radicalized in the JI (approximately thirty-five years ago), he had an awakening of his human conscience, recognized the threat of Radical Islam, and started to teach modern peaceful interpretations of classical Islamic core texts.

One Islamist’s View of Ben Carson’s Comments About Islam