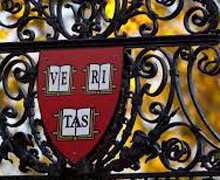 The first part of this blog post ran earlier this week here.

By Bryce J. Christensen | At times, the challenge to campus ideologues comes from scientists willing to bring empirical research to bear on their utopian claims. In 2000, for instance, an intrepid biologist intruded into the ideologically charged pages of the American Sociological Review long enough to adduce evidence that “the underlying sex-dimorphism of biological predispositions” would always block utopian gender engineering.  For his temerity, this interloper was exposed the following year to the fury of not one, not two, but three hostile professorial inquisitors, defenders of the true faith, a faith that teaches that Society can make of men and women whatever it wishes to make of them.

But whether facing a maverick English professor or a skeptical scientist, the inquisitors for the new campus-based faith in Society can deploy a powerful new theology to suppress the heresy. Bearing the name “social constructivism,” this new surrogate theology endows Society with almost limitless powers. Now widely accepted in university English, humanities, philosophy, and social science departments, social constructivism defines all of “reality” as whatever “we bring forth in a community of observers” as the “praxis of living” enmeshes us in “the happening of being human, in the languaging of language.” Social-constructivist “truth” rests on nothing more than “consensus among [those] who find [a] proposition credible.” 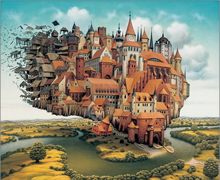 What happens in social constructivism is that—in the words of cultural historian Ernst Gellner—“objective truth is . . . replaced by hermeneutic truth.”  In place of an Incarnate God who embodies the truth (cf. John 14:6), social constructivists see in Society itself the only ground for “truth.” Social constructivists thus ascribe to Society—their surrogate deity—something of the omnipotence and omniscience that inheres in God in Christian orthodoxy. But this new deity of social constructivism can prove very capricious. For among social constructivists, “truth” (usually in quotation marks among the theoretically sophisticated) shifts whenever social attitudes shift. Objective truth simply dissolves in a restless sea of social interpretation. Indeed, to a large degree it is the prevalence of social constructivism within the university community that prompts historian Felipe Fernández-Armesto to complain of the “modern disenchantment with truth, which—in the academic disciplines traditionally most reverent of it—is now generally seen as relative, vacuous or not worth pursuing.”

To be sure, university-based scientists still do pursue truth, still even pursue it in ways that put them in open conflict with social constructivists. Commitment to scientific truth even prompts some academic observers to ridicule social-constructivist colleagues who suppose, for instance, that “a social construction lurks in the labors of Kepler (who put the [Copernican] theory on a solid footing with his discovery of elliptical orbits)” or that “a tribe which believes that the moon is an old calabash tossed just above the treetops . . . [holds a view] just as true as our scientific belief that the moon is a large Earth satellite about a quarter of a million miles away.”

In the name of their dubious deity, university-based social constructivists even go on the offensive against scientists, attacking as hopelessly naive their belief that science can establish “the truth of any proposition” by “testing it empirically in the natural world” and the concomitant belief that “facts can be uncovered and arrayed independently of the values that may later be brought to bear to interpret and give meaning to them.” The metaphysical innocence of many empirically minded scientists — long obvious to serious philosophers — finally makes them no match for the social constructivist theologians on today’s university campuses.

Thus, despite their astonishing nonchalance about the shattering of their disciplines’ intellectual and pedagogical integrity, social constructivist professors in the humanities are increasingly zealous about political and ideological conformity within their carefully policed “hermeneutic community.” Because their thinking is rooted in veridically oriented religious traditions, conservative professors can be no more than an obstruction to social constructivist theologians. These theologians resent any campus presence that shifts attention away from their pursuit of power—the untrammeled political power needed to build a Utopian Society. (Somehow those left-leaning professors who preach endless homilies on “the hermeneutics of suspicion” never cast a skeptical eye on their own quasi-religious political agenda.)

Consequently, when many university departments look for new assistant professors, they make their selections on the basis of ideological principles. As Professor Mark Bauerlein, a beleaguered conservative at Emory University, has explained, many university departments now “take [social] constructivist theories of learning as definitive, excluding realists (in matters of knowledge) on principle.” The entirely predictable outcome is that university communities now largely exclude those whose thinking is rooted in truth- and wisdom-seeking philosophical traditions, with particularly harsh academic animus manifest when those traditions are religious. Professors of English, as Bauerlein has explained, can now assume that “at professional gatherings, all the strangers in the room are liberals.” If, now and then, a few conservatives do somehow make it past the ideological gatekeepers into university teaching positions, they enter an academic world in which—as George A. Panichas has pointed out—“opponents of liberal ideas are increasingly treated as outlaws.”

Utopia-seeking university professors may occasionally resent the burdens of acting as ideological inquisitors, gatekeepers, and policemen. But more often, they are more than willing to bear these burdens because of the great benefits they enjoy when their surrogate faith in Society prevails. Those benefits may not include sober contemplation of, or rigorous inquiry into, their cultural heritage. Those benefits may not even include the kind of coherent philosophical vision that Newman once saw theology giving the entire university. But then those were never benefits these would-be Utopia builders ever sought in the first place.

Having completed their “long march through the institutions,” former New Left radicals are now free to convert one of the most powerful of these institutions—namely, the university—into a sanctuary devoted to their quasi-religious faith in political power as a means of forging a perfect Society. Safe in their tenured sinecures, they can then proceed to use their captured sanctuary as a basis from which to promulgate their surrogate credo through the community at large. In this sanctuary—now converted into a “last true church”—these political activists enjoy the heady privilege of acting as theologians, priests, and even prophets.

The sacerdotal privileges that are now open to the new university priesthood were anticipated in a remarkable way by the great Victorian unbeliever Thomas Carlyle. Dismissing traditional Christianity as merely “the dead Letter of Religion,” Carlyle hailed as the central new religious reality “that wonder of wonders, Society,” declaring that “every conceivable Society, past and present,” constituted “properly and wholly a Church.” But Carlyle recognized a Church within the Church, and within this inner Church, writers exercise special prerogatives. “The true Church,” Carlyle remarked, “is the Guild of Authors.” And this Guild—a guild that today populates the university—does now what prophets and apostles once did. “Every man that writes,” Carlyle explained, “is writing a new Bible; or a new Apocrypha; to last for a week, or for a thousand years.”

Writing a new Bible allows the priest-writers in the “last true church” to elide the old biblical texts that define what they perceive as restrictive social roles (e.g., Gen. 1:28, 2:18–25, 3:16–19; Eph. 5:28–33, 6:1–4) and replace them with expansive new texts. Abandonment of the truths of the old Bible greatly distressed Fyodor Dostoevsky, who famously expressed his fears through his character Ivan Karamazov: “Without God and immortal life . . . all things are lawful.”  But many university priest-prophets welcome the wide-open permissiveness of a utopian Society answerable only to itself, a permissiveness that permits them to write old moral and philosophic truths out of existence as they enshrine new ones in their Socio-centric New Bible. Consider, for instance, the prominence of university prophet-priests in writing a New Bible that—unlike the old Bible relied on by Newman and countless other traditional academics—legitimates same-sex marriage.

So exhilarating are the joys of serving Society by writing a utopian New Bible that the university priest-prophets writing this new surrogate Scripture may not even notice how slovenly, vacuous, and shallow intellectual life has grown on the university campus. Concerns about a neglected cultural heritage will never trouble priest-prophets carried away in transports of quasi-religious ecstasy as they contemplate the utopian Society that they are making possible by writing a New Bible filled with feminist, queer, environmentalist, and Marxist texts. Endowed with the power to write new Sacred Writ in the name of Society, why should the university’s new priest-prophets fret over the disappearance of Newman’s sapiential insight, a wisdom that “maps out the territory of the intellect” and “acts as umpire between truth and truth, and, taking into account the nature and importance of each, assigns to all their due order and precedence”?

But the very boundlessness of the authorial privileges claimed by the university’s priest-prophets finally constitutes their greatest danger. Nowhere in the New Bibles that these new theologian-apostles proffer does the reader encounter much needed warnings against “the mystery of iniquity” (cf. 2 Thess. 2:7). Nowhere does the reader even encounter anything like the moral “inner check” so important to the courageous cultural critic Irving Babbitt. Without such a warning, without such an “inner check,” the university-based priest-prophets can hardly hope to avoid what Panichas aptly called “a modern dreamworld with its unchecked ideologies, chimeras, fantasies, reveries, [and] utopias that plunge us deeper in a vacuum of disinheritance.” Unfortunately, this “modern dreamworld”—now at least as pervasive on the modern campus as Newman’s theological metaphysics once was—inevitably turns into a modern nightmare. Let it be remembered that despite all the high hopes with which the priest-prophet Carlyle began serving Society by writing a New Bible, his lack of moral and theological grounding finally betrayed him, as he ended his literary career writing a dehumanizing biography of Frederick the Great that became Hitler’s favorite book.

Balkanized Bureaucracy or Utopian Sanctuary? The Crisis in the Modern University