Most students enter the college science class with a faith in God only to hear that if they are serious about studying science, the “God thing” is going to have to be left outside the door. The common misunderstanding in modern natural science is that all real scientific discovery occurs when man puts aside any notion of the supernatural and of “god” and simply uses the facts gained through observation to break through past superstition and bias to discover what really is true. This is perhaps best summed up by Richard Dawkins in his book The God Delusion, “The only watchmaker is the blind forces of physics.”

Nothing could be further from the historic reality of past science. Much of the past scientific work in our world has been done by men who were firmly convinced of the supernatural and divine. Their conviction that God exists and that He created the universe and ordered it all 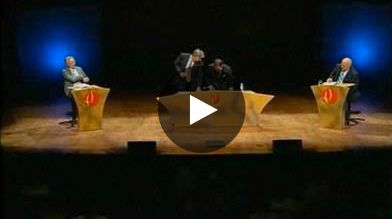 according to His plan is for these scientists of faith the basis for observing, thinking, and experimenting in any ordered and logical way. There is no order in randomness, only when there is One Who has given order to things.

The quotations in the first section are by those who have as scientists sought to cast God out of the equation. They represent the many in our labs and universities who believe that God must be left outside the door of any scientific investigation. But in the second and longer section, we have selected quotes that show many of the men who have changed the face of science have openly declared their faith as the basis for their work in science. This is not just a few insignificant men, but rather many from throughout the sciences and from succeeding generations. Compare and contrast these two sections.

It must be noted that a major fallacy in the modern debate over the relationship between faith and science is the idea that the more recent the idea or discovery, the smarter or more authoritative it is. This is called in the study of logic “chronological snobbery” and must be resisted even when it is assumed in many university settings of our day. Newer is not by definition better. One man put the view in this verse form:

the newer is the truer,
only what is recent is decent,
every shift of ground is a step forward,
and every latest word must be hailed as the last word on its subject.

C. S. Lewis defined it like this: “[Chronological snobbery is] the uncritical acceptance of the intellectual climate common to our own age and the assumption that whatever has gone out of date is on that account discredited.” 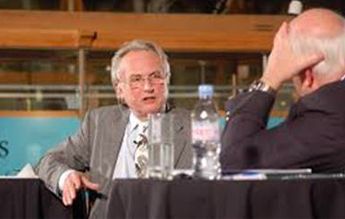 Before accepting that an idea has been properly discredited, you must find out why it went out of date. Was it ever refuted (and if so by whom, where, and how conclusively) or did it merely die away as fashions do? If the latter, this tells us nothing about its truth or falsehood. From seeing this, one passes to the realization that our own age is also ‘a period,’ and certainly has, like all periods, its own characteristic illusions. They are likeliest to lurk in those widespread assumptions which are so ingrained in our age that no one dares to attack them, nor feels it necessary to defend them.