What is Wrong with Academic Freedom? 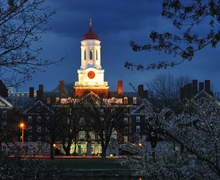 By Patrick J. Deneen | Rarely do opinion pieces in college newspapers emerge as subjects of national controversy, but a recent essay by Harvard student Sandra Y.L. Korn has generated widespread denunciation among conservatives. Her essay—entitled “The Doctrine of Academic Freedom“—argues for dispensing with longstanding commitments to “academic freedom” in favor of what she calls “academic justice.” Academic freedom permits the airing and defense of any and all views, but she rightly notes that some views have come to be largely unacceptable in academia today. Since such views are not only socially unacceptable, but often discouraged or even prohibited as a matter of university policy, why should they not also be banned when they are articulated as findings of faculty research?

If our university community opposes racism, sexism, and heterosexism, why should we put up with research that counters our goals simply in the name of ‘academic freedom’? Instead, I would like to propose a more rigorous standard: one of ‘academic justice.’ When an academic community observes research promoting or justifying oppression, it should ensure that this research does not continue.

As might be expected, Ms. Korn’s essay has provoked strenuous criticism, including accusations of “academic totalitarianism,” investigations into her personal background aimed at exposing her as a limousine liberal, and criticism from at least one highly visible blusterer in the conservative media. 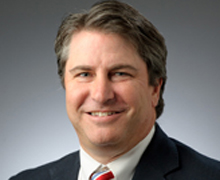 The default position of these conservatives is that Ms. Korn is attacking the sacred holy of the academic enterprise—academic freedom. In other words, mainstream conservatives have adopted the view of … John Stuart Mill, the lion of liberalism. The same John Stuart Mill who stated that most stupid people are likely to be conservative. And perhaps he had a point. Because academic freedom is not a particularly conservative principle. Academic freedom has been the vehicle by which the universities have been transformed into liberal bastions today, but it is now the inviolable principle that conservatives are rallying around in their denunciation of a Harvard undergraduate. True to form, and as I have argued in a previous column, American conservatives tend to be subject to drift, and almost inevitably end up occupying the territory once held by liberals when they move leftward. Their rallying to apparently contentless “academic freedom” is a particularly vivid case in point.

I agree with Ms. Korn—academic institutions inevitably are dedicated to some substantial commitments, and (often with difficulty) attempt to “patrol” those boundaries, if not with sticks, more often by populating their institutions with people who generally share those commitments. “Academic freedom” was the means by which the substantial commitments once held mainly by religious institutions were initially destabilized and eventually rejected, and provided the cover for their replacement with a new set of commitments. “Academic freedom” purports to be an openness to all views and opinions, but itself contains an implicit philosophy that eventually becomes manifest in, well, Sandra Korn (who is entitled to the confident assertion of the victory that has been won on today’s campuses by her teachers).

Recall a few years ago the controversy over President Obama’s invitation to deliver the commencement address at my institution, the University of Notre Dame. At the time, most conservatives were outraged at this invitation, understanding it to be a tacit endorsement of President Obama’s well-known support for abortion on demand. Defenders of the invitation invoked “academic freedom,” for instance, the American Association of University Professors, which wrote:

Or recall the controversy, also at Notre Dame, over performances of the play “The Vagina Monologues,” which were initially permitted to be performed in the name of “academic freedom.” As reported at the time in “Inside Higher Education,”

To many faculty members, the play has become a test of academic freedom. ‘It’s very important to me individually that this university be an outspoken representative for academic freedom, and not just defensively for it,’ [Notre Dame Professor of English Stephen] Fredman said. ‘It is especially important to me as a department chair trying to recruit and retain faculty that Notre Dame is such an institution and we are not retreating into any kind of parochial position. That’s not what Notre Dame is about at all.’

Of course, academic freedom originally derives from the Catholic tradition, and has been defended in recent times by both Pope John Paul II and Benedict XVI. But both articulated a defense of academic freedom in the context of also asserting the truth of Christianity and that academic freedom was necessarily limited to efforts to better understand and articulate the truth of the Faith. In a fundamental way, academic freedom and freedom as a whole is only possible in light of that truth; as articulated by John Paul II in Ex Corde Ecclesiae, “without in any way neglecting the acquisition of useful knowledge, a Catholic University is distinguished by its free search for the whole truth about nature, man and God. The present age is in urgent need of this kind of disinterested service, namely of proclaiming the meaning of truth, that fundamental value without which freedom, justice and human dignity are extinguished.” Absent a connection with the truth about the human person as disclosed by the incarnation of Christ, a contentless “freedom” tended inevitably toward false understandings of the human person and the loss of the basis of true freedom.

John Stuart Mill altered the understanding of “academic freedom” in his classic text, On Liberty. Freedom of inquiry (including academic freedom) was justified, he argued, in order to liberate humans from the dead hand of the past. What governed most human affairs was mere Custom; what the liberation from custom and tradition through free inquiry would entail was the unleashing of Progress. A sure sign of such Progress was the liberation to engage in a multiplicity of “experiments in living.” Mill argued that free inquiry aimed at liberating people from mere Custom would eventually lead to the settlement of many questions. Free inquiry was a means to this “settlement.” And, that settlement would necessarily redound to a societal commitment to the “truth” of experiments in living and liberation of people from societal norms in favor of “individuality.”

Thus, eventually certain kinds of inquiry on “settled” matters would be unacceptable. Mill tips his hand in this text On Liberty when he lambastes “Calvinists” who assert that “the one great offence of man is self-will” (On Liberty, ch. 3). Inquiries that arrive at this “finding” are thus dead-letters since the aim of “On Liberty” is not necessarily “liberty,” but the liberation of radical individuality and “self-will.” Ultimately, “liberty” of the “Calvinists” must be curtailed in the name of defending individuality. On Liberty is finally not a commendation of entirely open inquiry, but ultimately, supports a certain set of commitments that Mill expects to become widespread as the implicit assumptions of the aims of (academic) freedom are pursued.

What is particularly telling in Ms. Korn’s article is that she identifies perhaps the one conspicuous conservative professor on the Harvard campus for censure, Harvey C. Mansfield (even as she quotes him quite severely out of context). When thinking of who should be silenced at Harvard, she can only think of one person, a single conservative octogenarian. Her call for “censorship” of conservative views on campus is at this point almost wholly unnecessary, since there are nearly no conservatives to be found at Harvard, or on most college campuses today (the University of Colorado has gone so far to create a Chair in Conservative Studies, since there was no other way to locate a conservative on that campus). Her call is actually much less controversial than it appears at first glance, since it effectively describes the de facto political and social condition on most college campuses today.

And so it ever was: religious universities for much of their history were not in the business of actively limiting the academic freedom of the professoriate, because then—as now—the faculty were largely in agreement about the proper object of that academic freedom. They differed, however, in the nature of those commitments. My former Georgetown colleague, Hans Noel, has written of his gratitude for not being forced by Georgetown to conform his teachings on abortion to the views of the Pope. Indeed, it does not. But in a different time, there was no need to even express such gratitude – the faculty who taught at Georgetown were there because of a commitment to the Catholic teachings, and conformed not because they had to, but because they embraced those teachings as true. So it is today—the faculty largely accept as true most liberal mantras, including the widely-embraced view in academe that the Pope is wrong on abortion, its support for gay marriage, and avoidance of not only racism (agreed), but “triggers” of “classism, sexism, heterosexism, cissexism, ableism, and other issues of privilege and oppression.” They are the fruits of Mill’s transformation—the defenders of “experiments in living.” Sandra Korn has not called for a fundamental change, but described how things are.

The real debate lies not between Sandra Korn and the defenders of “academic freedom,” but the truth or falsity of the commitments that are most deeply held. Mill was right about conservatives if we think that they “win” by upholding an academic freedom that has issued progeny like Sandra Korn. I agree that we should be committed to academic justice; I disagree that today’s academy has defined justice correctly.