Three Ways the Liberal Arts Will Enrich Your Life 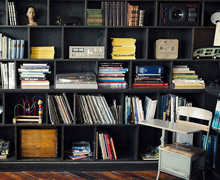 By James Matthew Wilson | Plato would say that education in the liberal arts initiates you into the imaginative, theoretical, and practical dimensions of human life, equipping you with both the vision and intellect necessary for living a dynamic and meaningful life in the world. I’ll show you the three ways in which the liberal arts do this, and how each one is integral to living a truly good life.

Liberal education plants the imagination with the seeds, the images, of good, true, and beautiful things.

When you’re young, your mind is like fertile soil, full of potential, but incapable of bringing itself to a good end all on its own. The primary task of liberal education is to plant your mind with images of the good and the beautiful, images to which you are naturally drawn, often without knowing why. A good teacher cultivates that soil with good seed: he will give you such images as of the courage of Achilles, the faithfulness of Aeneas, the restless search for reality of Augustine, the joy of Chesterton. He brings to life the drama of good and evil in Shakespeare’s tragedies and in Melville’s Moby Dick. He will teach Plutarch and the other ancient historians to reveal what it means to be great-souled and glorious in worldly terms, as will he teach the poems of Milton or the treatises of Machiavelli to reveal what a life looks like when it is lived for the sake of glory alone. He will teach the dialogues of Plato, the Comedy of Dante, and the works of the great Scholastics so that you gain an image of the interior lives of those who search fruitfully and exactingly for the truths of the divine. He will teach the story of David and the Passion of Christ so that you can see in the flesh how a life lived in absolute service to God appears. I could go on and on. 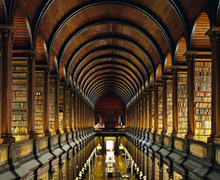 Being filled with these good, concrete images would be an education in itself, though an incomplete one; they transform the physical eye and the eye of the mind so that both are drawn to what appears good, and eschew what seems vicious.

Most schools in the United States still privilege literature and history, precisely because these subjects traditionally feed your imagination with the great works and great people who have shaped our civilization. Unfortunately, however, it’s doubtful that these studies still serve their classical purpose. Literary studies are too quickly manipulated to address matters of topical, political interest, while history is taught more like a social science and less as a source of exciting stories about great lives. You don’t need to object to these developments to acknowledge that they have deprived literature and history of their specifically humanizing role of stocking the imagination.

Liberal education helps us grow from these seeds into persons who can know and contemplate the Good, the True, and the Beautiful themselves.

When your mind is planted with these concrete, fertile seeds of thought, you are naturally stirred to seek the unconditioned truth about things. A line from Shakespeare is beautiful, but what is beauty? The world of Lear is cruel and conniving, so what is justice or integrity? Like Augustine, our hearts are restless for many good things, so what is the Good itself? If your imagination is well stocked, you will react with intuitive horror at depictions of human beings withered by war, made insipid by skepticism, or in thrall to the power and the trivia of a decadent culture, as we see them in the poems of Eliot. But what would a full life, a properly human life, be?

It’s easy to mistake human reason for a mere tool that performs certain useful functions according to a given method. This happens when our imaginations are impoverished and don’t stir the reason to serious thought. But, in fact, reason is the action of your whole mind as it seeks to understand everything in view, demanding to know truth, goodness, and beauty in their fullness. It will not settle for what seems good because it is useful, but rather will identify the authentic goods of the world in light of the knowledge of Goodness. This natural capacity for the whole is what makes us distinctly human; it is a life unto itself wherein we contemplate the universal principles that make our mundane lives possible and order our lives according to those principles.

This is the central dimension of education, but contemporary schools often forego it altogether, or substitute for it the idea of so-called critical thinking. “Critical thinking” operates on the premise that every vision in the imagination is less than it appears to be: the image of virtue in fact conceals a vicious hunger for power, and so to think “critically” is to dissolve appearances in favor of a skeptical, suspicious view of the world. Education’s liberating function becomes a mere sloughing off of the love of ideas as the highest truths about the world, as if ideas were mere “ideology,” i.e., falsehoods passed off as truths to the advantage of the powerful. This is itself the effect of a poor imagination, but it is also a misconception of the intellect’s basic drive to go beyond images. We seek to go beyond images because we want to discover how what appears good to the imagination corresponds to the idea of the goodness that really is Good in itself. The theoretical dimension of liberal education frees you by deepening your engagement with the imagination rather than rejecting it, reforming it and recovering the permanent truths via particular appearances.

The cultivation of reason and imagination prepares us to live lives of action in the world. It enables us to shape the future of our culture and our country in light of eternal principles and in a way responsive to those images of human greatness and of imperfection passed down to us by the tradition of human learning.

Plato says that the philosopher who sees the Good Itself always returns to the cave; the soul that has seen beauty produces good works as a result: just laws, noble speeches, brave actions, and art works of serious value. When your reason is well cultivated, it will always lead you back into the everyday world with the ability to see every dimension—your friendships, your society, the earth and the stars—in light of the eternal. We have to know the truth about these things to dwell among them correctly, to live worthy lives in response to them.

You learn to desire what is authentically good because you have seen it first hand, and to understand why it is good because you have come to contemplate the Good itself, and to live a rich, well-formed life in light of that understanding. You need a richly stocked imagination and a mind awed before truth in order to approve what is good about the present, to critique what is inadequate, and to fashion the future.

Charles Darwin proposes that nature will thoughtlessly respond to the sundry physical pressures upon it and adapt when given the time. But as rational human beings, we do more than react to nature—we live within it and shape it, guided by those permanent principles of reality that transcend it. Our practical lives are made more limber precisely because we are already equipped with images of past greatness, and because we bear within us unconditioned truths we have first encountered in a liberal education. Such an education frees our imagination from prejudice against the past and a stunted complacency regarding the present. It aids our reason in situating what is true in the commonplace wisdom of the day within a much vaster scope. It enables us to live well on the terrain of the present, because we always and already have one foot in the eternal.

And this is what it means to be free.

3 Ways the Liberal Arts Will Enrich Your Life