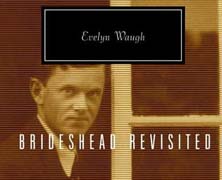 By Maria Bustillos, The New Yorker | The strange bliss of reading is mysterious even to those who are most susceptible to it. I’m not speaking here of the pleasures of learning, nor of those to be had from being drawn into an exciting story, but simply of the sensual delight of reading good writing, all by itself.

This pleasure is in no way dependent on agreement with the author; consider that it may be possible to find a writer’s work gorgeous even when he is saying something plain awful. There are a number of authors who have this effect on me; for example, I love Evelyn Waugh a lot, though he was a terrific snob and mean as a snake—qualities as evident in his work as they are said to have been in his life.

Waugh’s biographer, Christopher Sykes, tells the story of a dinner party where a fellow guest told Waugh how much she’d enjoyed “Brideshead Revisited,” to which he replied, “I thought it was good myself, but now that I know that a vulgar, common American woman like yourself admires it, I am not so sure.” I have to agree with Waugh on the questionable merits of “Brideshead Revisited”; I never could abide that would-be adorable Sebastian Flyte or his infernal teddy bear, either. Yet it’s still a wonderful book in many ways. The character of Charles Ryder is beautifully drawn (however much I’d like to shake him until his teeth rattle), and Waugh’s prose, as ever, is something better than immaculate: powerful and stately, sensitive and touching.

Waugh’s masterpiece, “A Handful of Dust,” is one of the finest English novels of the last century, both hilarious and catastrophically sad. And it contains a climactic scene that I just don’t buy at all, a scene I detest, a horrible scene that bowls me over with the beauty and skill of its telling every time.

Credit, if you can, the vapid, faithless Brenda Last’s relief upon learning that it is only her little son, John Andrew Last—and not her lover, the odious John Beaver—who’s been killed in an accident. When Jock Grant-Menzies tracks Brenda down with the news, he finds her at a party with her awful friends; they are consulting a fashionable fortune-teller who “reads” the soles of the feet rather than boring old palms.

“Four men dominate your fate,” Mrs. Northcote was saying, “one is loyal and tender but he has not yet disclosed his love, one is passionate and overpowering, you are a little afraid of him.”

“Dear me,” said Brenda. “How very exciting. Who can they be?”

“What is it, Jock? Tell me quickly, I’m scared. It’s nothing awful is it?”

“I’m afraid it is. There’s been a very serious accident.”

She sat down on a hard little Empire chair against the wall, perfectly still with her hands folded in her lap, like a small well-brought-up child introduced into a room full of grown-ups. She said, “Tell me what happened? Why do you know about it first?”

“I’ve been down at Hetton since the week-end.”

“Don’t you remember? John was going hunting today.” She frowned, not at once taking in what he was saying. “John… John Andrew… I… Oh thank God…” Then she burst into tears.

She wept helplessly, turning round in the chair and pressing her forehead against its gilt back.

Upstairs Mrs. Northcote had Souki de Foucauld-Esterhazy by the foot and was saying, “There are four men dominating your fate. One is loyal and tender but has not yet disclosed his love…”

This scene—with its backdrop of a pack of silly ladies who lunch, having their feet read by a charlatan, to frame the terrifying idea that a mother might say “Thank God” after being told about the death of her child—plugs all your emotions into the wrong sockets; it’s the blackest comedy I know.

Elsewhere, Brenda Last is depicted mainly as an airhead rather than a monster; small though her heart may be, surely the worst adulteress in the world could find room enough in there to contain both lover and son. So a certain part of my belief goes crashing to earth. But there is something credible in the scene, too: it’s the absolute conviction of Evelyn Waugh that women really are terrible deep down, that they can evoke fear, contempt, and hatred as much as desire. The whole book rings with the pain of a man betrayed, and it is magnificent—in all likelihood because it’s true. A woman really had done Waugh wrong: his first wife, Evelyn Gardner, known among their friends as She-Evelyn. She betrayed him—betrayed him right to the bone—with their friend John Heygate (he is the model for John Beaver in “A Handful of Dust”). Writing the book in the wake of his divorce, Waugh painted them both as bad as bad can be (worse even than they can have been, maybe, in view of the fact that She-Evelyn had yet to become a mother). The result is powerful, and moving, and scarily gorgeous.

For me, the pleasure of reading is concentrated in the author’s conviction—a mind not my own making itself entirely intelligible, manifest, and articulate. Take me for a ride, as far away from myself as I can go—even to the place from which my whole soul will recoil; I want to know everything.

Edmund Burke’s “Reflections on the Revolution in France” demonstrates a species of political idealism that owes more to passion than to facts, as can be seen in his famous passage about Marie Antoinette:

It is now sixteen or seventeen years since I saw the Queen of France, then the Dauphiness, at Versailles; and surely never lighted on this orb, which she hardly seemed to touch, a more delightful vision. I saw her just above the horizon, decorating and cheering the elevated sphere she had just begun to move in, glittering like the morning star full of life and splendor and joy.

Nobody writes remotely like this anymore, though one sees the occasional clumsy stab at it in historical novels and conservative political blogs. The richly ornamented Georgian prose style was difficult to put across even back in the eighteenth century, its steamy floridity no less apt to descend into sentimentality then than now. But Burke could cause his paragraphs, however bedecked, to seem almost weightless, bearing his ideas lightly and clearly within their beribboned festoons.

Oh, what a revolution! and what a heart must I have, to contemplate without emotion that elevation and that fall!… Little did I dream that I should have lived to see such disasters fallen upon her, in a nation of gallant men, in a nation of men of honor, and of cavaliers! I thought ten thousand swords must have leaped from their scabbards, to avenge even a look that threatened her with insult.

This kind of fantastical, highly romantic chivalry calls to mind the “The Scarlet Pimpernel” or “Titanic”; the style is archaic, but the sentiment is alive and well in certain quarters.

But the age of chivalry is gone; that of sophisters, economists, and calculators has succeeded, and the glory of Europe is extinguished forever. Never, never more, shall we behold that generous loyalty to rank and sex, that proud submission, that dignified obedience, that subordination of the heart, which kept alive, even in servitude itself, the spirit of an exalted freedom!

Granting that the French Revolution was not an unmixed blessing, what are we to make of Burke’s idea that “the spirit of an exalted freedom” can exist “even in servitude itself”? Or that an utterly disenfranchised, exploited people would be noble and wise to submit to near-total political and economic oppression? Or that “even a look” that threatens a beautiful young queen with “insult” should be “avenged”? It’s no surprise that this powerful conservative work inspired widespread and perfervid rebuttal, most notably in Thomas Paine’s “The Rights of Man.”

If it were not that Burke was sixty years old at the time of the Reign of Terror, one might sense, in his remarks on Marie Antoinette, the sublimated lust of a star-struck teen-ager. But these delicately spiraling clauses could only be the work of a mature writer. Burke’s sentences roll through the mind in waves of grace and elegance. This is the high-flown, eighteenth-century style at its very finest, as fine as Edward Gibbon (who said of the “Reflections,” “I adore his chivalry.”) Beyond this, I find in Burke a fathomable clue to the motivations of the political conservatives of our own day. He is a romantic, whose convictions are determined by his ideals. The same is true, I imagine, of Paul Ryan, of Mitt Romney, even of Mitch McConnell.

To Burke… whose love of order was so deep rooted, who looked with such awe upon all that is old and great, who had such a hatred of change, whenever change could, by any means, be avoided, the Revolution [seemed] a hideous crime and a gigantic folly.

Burke explained all this better to me than anyone at the National Review has ever been able to do; I will never be entirely persuaded of his message, but the skill and beauty of his rhetoric have opened the door to many insights for me. “Never, never more.” It’s like the most beautiful voice you ever heard, singing a song you can’t stand. There are moments in Burke—many of them—where even a dyed-in-the-wool political liberal can’t help feeling the romantic tug of his arguments: how a modern woman is to approach the old idea of chivalry, for example. He makes this idea sound very beautiful; I find I can’t quite dismiss it out of hand. Complexities are introduced—shades of grey, areas to investigate further.

Reading Burke, or any great polemicist, is a challenging test of one’s own intellectual swordsmanship. There is, or can be, a certain violence, even danger, in the clash of ideas. But I like to think that those hard-fought glimpses of understanding between ourselves and our rhetorical opponents open up the possibility of progress.

This is the first of two posts from this New Yorker article.