Is Bill O’Reilly Right About Our Colleges, or Not? 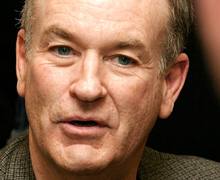 By Bill O’Reilly | Who says America is going downhill? When it comes to at least one measure, our nation is way out in front, with the ten most expensive universities in the world. Leading the way is Sarah Lawrence College, where a year of room and board goes for around $62,000. In other words, it’ll set you back about a quarter-mil to have your urchin spend four years in the Bronx.

True, elite colleges offer financial aid to poor students, and many American professors, especially in math and science, are among the best on the planet. But what’s disconcerting is the infection that’s been spreading through U.S. campuses for decades, a virus of political correctness and leftist conformity. One pernicious side effect of the disease is the perceived right to never, ever be offended. 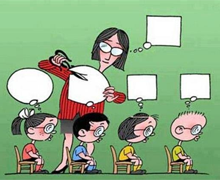 You’ve probably seen the scorecard this year when it comes to commencement speakers: Condoleezza Rice, one of the most accomplished and admirable people in America, was called a “war criminal” by protesting students and faculty at Rutgers. The former secretary of state withdrew, as did Christine Legarde at $60,000-per-year Smith College. Madame Legarde runs the International Monetary Fund, but some members of the “Smith community” circulated a petition accusing the IMF of aiding “imperialist and patriarchal systems that oppress and abuse women worldwide.” (That’s how the enlightened speak on campus these days.) So the first woman to run the IMF condones the abuse of women! It’s worth mentioning that Smith’s recent commencement speakers have included Rachel Maddow, Gloria Steinem, and Arianna Huffington. Seriously! But Christine Legard is persona ultra non grata.

Prior to those outrages, $60,000-per-year Brandeis notoriously rescinded its decision to grant an honorary degree to the Somali-born activist Ayaan Hirsi Ali, a woman who actually suffered abuse in the form of a clitoridectomy at age five. She has spent her adult life crusading against the abhorrent treatment of women in much of the Muslim world. However, after hearing from Muslim groups, cowardly officials at Brandeis decided that Hirsi Ali is not worthy of being honored. Previous honorary degrees at Brandeis were bestowed upon left wing, Israel-bashing playwright Tony Kushner and dictator-loving calypso singer Harry Belafonte.

Universities were once bastions of free thought and open discourse, but that is no longer the case, not if your “free thought” is based on Christian or conservative principles. According to a recent poll by researchers at UCLA, 63% of college professors identify themselves as “liberal” or “far left,” while just 12% are “conservative” or “far right.” And the imbalance has only been getting worse (or better, depending on your perspective) in recent years. Loons like Ward Churchill used to be the exception, but not any more.

Liberals will actually tell you that they dominate the academy because they’re simply more intelligent than conservatives. But in fact, conservative Americans tend to go into other professions, while liberals flock to the secure, cozy, and values-free campus environment. And when campus liberals are doing the hiring, as is also the case in the media, it’s only natural that they hire like-minded people. Far left ravings have become acceptable and sometimes even embraced by fanatical faculty, while legitimate dissent has degenerated into hate speech and vile descriptions of America. And if you call them on their irresponsibility, you are labeled a fascist or a racist.

So the pressure to conform on campus is stifling. Try to imagine a Smith professor with a pro-life sticker on her Prius, or a Brandeis prof who questions the accepted wisdom of catastrophic climate change. The very institutions that were intended to be our most open, free, and inquisitive are now the most conformist. It’s depressing and downright dangerous.

But there’s one man who be absolutely delighted by all this. Nearly a century ago the Italian communist Antonio Gramsci realized that Marxism could never prevail in the West through armed revolution. So he called for a gradual takeover of universities, the media, mass entertainment, and other foundations of Western culture. He urged leftists to embark on a “long march through the institutions” in order to foment radical change. Judging from the repressive atmosphere in today’s universities, Gramsci’s march has been eminently successful. We should all hope and pray that it can be reversed.

Can You Make Your Class Better?

Do You Have a Life Stewardship Strategy?

What is Real Diversity?