How Exactly is Reductionist Thinking Killing Us? 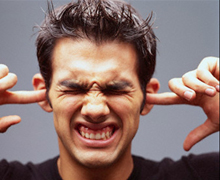 By Chase Padusniak | I think most of us would agree that discussions are fruitful when you treat your intellectual opponents charitably. Labeling a fan of Henri du Lubac “Modernist” probably doesn’t support theological debate—neither will calling anyone who venerates Murray Rothbard a “socialist” win him or her over.

The question is: If we all know that charity is the right path to fruitful dialogue, new friendship, and maybe even heartfelt conversion, why don’t we act like it?

For example: Pro-choice supporters tend to think pro-lifers are devoted to violating women’s bodies, that somehow their opponents are driven by a desire to limit choice. In reality, the beliefs of many on the other side have very little to do with limiting autonomy and control. I don’t think I have ever read a pro-life article making such an argument. Limitations are a practical consequence of anti-abortion laws, but they are not the psychological motivation underlying pro-life views and activities. 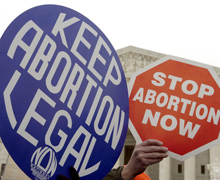 Likewise, anti-abortion activists argue that pro-choice people must not think abortion is serious at all—that their opponents aren’t just deficient in moral reasoning, but lack it altogether. They are simply baby killers, presumably motivated either by an intrinsic desire to kill their young or by an absolute deification of choice.

I’m starkly pro-life, but let me be clear: Reducing the opposition to a singular position or motivation is dishonest and ultimately unhelpful. We may prefer to reduce people to motivations because it kills them as a force of opposition. But it also erases their humanity. When we claim to understand someone’s position thoroughly, they are no longer another person with the complex feelings, thoughts, and actions. Consider the following from Jean-Luc Marion on “killing the Other”:

Note well that, in French at least, “to kill” is not limited to putting to death; one also says than an ill-chosen color “kills” other colors in a painting…that one flavor “kills” another, that a rejoinder in public debate “kills” an interlocutor, that in society, ridicule “kills,” and so forth. “To kill” thus indicates the destruction of the other person or thing, its objectivization into an insignificant term, entirely annulled, henceforth without force or proper value.

Thus annihilated, the other person and his opinion mean nothing.

The media engages in this kind of assault all the time. Sarah Palin said she could see Russia from her backyard and so she can never say anything worthwhile (not that I find her particularly wonderful, but she’s a person, and like all people has intelligent thoughts…at least sometimes).  Ironically, of course, Mrs. Palin didn’t really say what the media often says she did, but that only further makes my point: We’re uncharitable in discourse not only because it is easier, but because we want to simplify and eliminate the mystery of the other position and the other person.

We don’t like to confront mystery. Many atheists dismiss God simply because his existence cannot be demonstrated. Medieval scholastics spent decades of their lives trying to understand the intricacies of the Real Presence, when what ultimately matters (for Catholics anyway) is that Christ is present in a true sense.

Comprehension is an innate human desire, something we make use of everyday as we fly out into space, do math problems, or think about what our significant other wants and why he or she acts the way they do. The trouble is that we can’t even understand ourselves, let alone others. We can’t develop a full and systematic account of our own thoughts, let alone capture the complex workings of another person: mind, body, and soul. In other words, charity in discourse isn’t necessary simply because it keeps arguments civil. We need charity because it combats our desire to achieve total knowledge and understanding; it fights our reductive tendencies. The struggle has gone on from Adam to today, but if we do not offer resistance to our innate curiosity we risk constant failure in dialogue as well as the greater sin of “killing the Other.”

Reductionist Thinking Is Killing Us