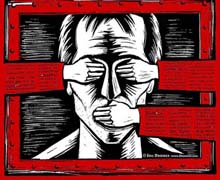 By Andrew Kloster | Last week, the United States Department of Justice (DOJ) Civil Rights Division and the Department of Education (ED) Office for Civil Rights issued a joint letter memori­­­alizing an “agreement” with the University of Montana relating to Title IX of the Education Amendments of 1972 and Title IV of the Civil Rights Act of 1964.

Any university receiving federal funds must comply with Title IX of the Education Amendments of 1972 and Title IV of the Higher Education Act of 1964 or risk losing those funds. These acts prohibit discrimination and ensure that students all have equal access to critical public educational goods.

However, this letter goes further, much further, and tells all American universities that they must define prohibited sexual harassment as “unwelcome conduct of a sexual nature” that “can include unwelcome sexual advances, requests for sexual favors, and other verbal, nonverbal, or physical conduct of a sexual nature, such as sexual assault or acts of sexual violence.”

Now, some of these things ought to be prohibited. Sexual violence, including rape, must be prohibited on campus, and schools ought to refer such crimes to appropriate law enforcement when appropriate. If a school refuses to effectively deal with rapes on campus because that school’s administration has a bias against women, that sounds like Title IX sex discrimination that might require taking away federal funding.

However, the bait-and-switch here is that nestled between harassments everyone agrees upon are things that cannot and should not be prohibited on college campuses. For example, prohibiting all “unwelcome verbal conduct of a sexual nature” means that a professor discussing sexual politics could be guilty of sexual harassment; a student asking another student out on a date could be sexual harassment; a student production of Hamlet (“Frailty, thy name is woman!”) could be prohibited as well. In all these examples, it is conceivable that a student might consider such conduct “unwelcome” and might subjectively believe (however unreasonably) that it was offensive or a pretext for a sexual advance or romantic proposal.

If Congress sought to prohibit “unwelcome verbal conduct of a sexual nature” nationwide, it would lack the enumerated power to do so, and would also be prohibited by the First Amendment. Yet Congress has not done so: It has merely placed broad antidiscrimination provisions on funding, provisions which the ED and DOJ are misapplying, attempting to change the law with a letter to one university, without the input of the hundreds of other affected universities or students.

Harassment—true harassment—is always a bad thing, and can and should be prohibited by law, yet pure speech is protected by the First Amendment. The ED and DOJ will hopefully rectify this error by rescinding the letter. Alternatively, state attorneys general or students punished under these new rules should be able to sue, or Congress could use its power of the purse to de-fund the wayward divisions in the DOJ and ED.