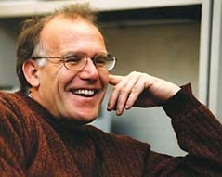 By Publius | Too often, esteemed Professor and Senior Fellow of the Hoover Institute of Stanford University Victor Davis Hanson observes, “a student’s life on campus is a zero-sum game.” In a recent essay, Hanson makes his case.

A student’s life on campus is a zero-sum game.  For each elective like “The modern comic book,” or “Chicana feminisms” or “Queering the text,” students have no time (or desire to) take more difficult and instructive classes on the British Enlightenment or A History of World War I or Classical English Grammar. (Yes, despite the relativist, anti-hierarchical university, concepts really do exist like “more instructive.”) The former are mostly therapeutic classes, entirely deductive, in which the point is not to explore an intellectual topic by presenting the relevant facts and outlining the major controversies, while sharpening students’ inductive reasoning and empirical objectivity, as well as improving their English prose style and mastering grammar and syntax in their written work.

The result is perhaps a fourth of the liberal arts courses – many would judge more like 50% — would never have been allowed in the curriculum just 40 years ago. They tend to foster the two most regrettable traits in a young mind – ignorance of the uninformed combined with the arrogance of the zealot. All too often students in these courses become revved up over a particular writ – solar power, gay marriage, the war on women, multiculturalism – without the skills to present their views logically and persuasively in response to criticism. Heat, not light, is the objective of these classes.

Why are these courses, then, taught?

For a variety of practical reasons: 1) often the professors are rehashing their doctoral theses or narrow journal articles and are not capable of mastering a wider subject (e.g., teaching a class in “The Other in Advertising” is a lot easier than a systematic history of California); 2) the quality of today’s students is so questionable that the social sciences have stepped up to service the under-qualified, in the sense of providing courses, grades, and graduation possibilities; 3) the university does not see itself as a disinterested nexus of ideas, where for a brief four years students are trained how to think, given a corpus of fact-based knowledge about their nation and world, and expected to develop an aesthetic sense of art, music, and literature. Instead college is intended as a sort of boot camp for the progressive army, where recruits are trained and do not question their commissars.

So the new curriculum in the social sciences and humanities fills a need of sorts, and the result is that today’s graduating English major probably cannot name six Shakespearean plays; the history major cannot distinguish Verdun from Shiloh; the philosophy major has not read Aristotle’s Poetics or Plato’s Laws; and the political science major knows very little of Machiavelli or Tocqueville — but all of the above do know that the planet is heating up due to capitalist greed, the history of the United States is largely a story of oppression, the UN and the EU offer a superior paradigm to the U.S. Constitution, and there are some scary gun-owning, carbon-fuel burning, heterosexual-marrying nuts outside the campus.

If we ask why vocational and tech schools sprout up around the traditional university campus, it is because they are upfront about their nuts-and-bolts, get-a-job education: no need to worry about “liberal arts” or “the humanities” – especially given that the universities’ General Education core is not very general and not very educational any more. Yes, I am worried that the University of Phoenix graduate has not read Dante, but more worried that the CSU Fresno graduate has not either, and the former is far more intellectually honest about that lapse than the latter.

Note here the illiberal nature of allowing highly paid faculty to indulge their curricular fantasies at the expense of indebted students who pay a great deal for a great deal of nothing. Is there a provost or a dean in America that can say to faculty, “That is not a real course, and so won’t be taught at our real university”? Does the shop foreman let the welder choose his own project?

Note: This is the first of three separate posts during which this essay will be presented to the Free Think Universe.  Stayed tuned for parts 2 and 3 coming right up in the next week or so.