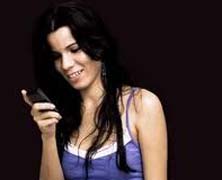 Part 2 of 2 | By Alex Williams | Relationship experts point to technology as another factor in the upending of dating culture.

Traditional courtship — picking up the telephone and asking someone on a date — required courage, strategic planning and a considerable investment of ego (by telephone, rejection stings). Not so with texting, e-mail, Twitter or other forms of “asynchronous communication,” as techies call it. In the context of dating, it removes much of the need for charm; it’s more like dropping a line in the water and hoping for a nibble.

“I’ve seen men put more effort into finding a movie to watch on Netflix Instant than composing a coherent message to ask a woman out,” said Anna Goldfarb, 34, an author and blogger in Moorestown, N.J. A typical, annoying query is the last-minute: “Is anything fun going on tonight?” More annoying still are the men who simply ping, “Hey” or “ ’sup.”

“What does he think I’m doing?” she said. “I’m going to my friend’s house to drink cheap white wine and watch episodes of ‘Dance Moms’ on demand.”

Online dating services, which have gained mainstream acceptance, reinforce the hyper-casual approach by greatly expanding the number of potential dates. Faced with a never-ending stream of singles to choose from, many feel a sense of “FOMO” (fear of missing out), so they opt for a speed-dating approach — cycle through lots of suitors quickly.

That also means that suitors need to keep dates cheap and casual. A fancy dinner? You’re lucky to get a drink.

“It’s like online job applications, you can target many people simultaneously — it’s like darts on a dart board, eventually one will stick,” said Joshua Sky, 26, a branding coordinator in Manhattan, describing the attitudes of many singles in their 20s. The mass-mailer approach necessitates “cost-cutting, going to bars, meeting for coffee the first time,” he added, “because you only want to invest in a mate you’re going to get more out of.”

If online dating sites have accelerated that trend, they are also taking advantage of it. New services like Grouper aren’t so much about matchmaking as they are about group dates, bringing together two sets of friends for informal drinks.

The Gaggle, a dating commentary and advice site, helps young women navigate what its founders call the “post-dating” landscape, by championing “non-dates,” including the “group non-date” and the “networking non-date.” The site’s founders, Jessica Massa and Rebecca Wiegand, say that in  a world where “courtship” is quickly being redefined, women must recognize a flirtatious exchange of tweets, or a lingering glance at a company softball game, as legitimate opportunities for romance, too.

“Once women begin recognizing these more ambiguous settings as opportunities for romantic possibility,” Ms. Massa said, “they really start seeing their love lives as much more intriguing and vibrant than they did when they were only judging themselves by how many ‘dates’ they had lined up.”

There’s another reason Web-enabled singles are rendering traditional dates obsolete. If the purpose of the first date was to learn about someone’s background, education, politics and cultural tastes, Google and Facebook have taken care of that.

“We’re all Ph.D.’s in Internet stalking these days,” said Andrea Lavinthal, an author of the 2005 book “The Hookup Handbook.” “Online research makes the first date feel unnecessary, because it creates a false sense of intimacy. You think you know all the important stuff, when in reality, all you know is that they watch ‘Homeland.’ ”

Dodgy economic prospects facing millennials also help torpedo the old, formal dating rituals. Faced with a lingering recession, a stagnant job market, and mountains of student debt, many young people — particularly victims of the “mancession” — simply cannot afford to invest a fancy dinner or show in someone they may or may not click with.

Further complicating matters is the changing economic power dynamic between the genders, as reflected by a number of studies in recent years, said Hanna Rosin, author of the recent book “The End of Men.”

A much-publicized study by Reach Advisors, a Boston-based market research group, found that the median income for young, single, childless women is higher than it is for men in many of the country’s biggest cities (though men still dominate the highest-income jobs, according to James Chung, the company’s president).  This may be one reason it is not uncommon to walk into the hottest new West Village bistro on a Saturday night and find five smartly dressed young women dining together — the nearest man the waiter. Income equality, or superiority, for women muddles the old, male-dominated dating structure.

“Maybe there’s still a sense of a man taking care of a woman, but our ideology is aligning with the reality of our finances,” Ms. Rosin said. As a man, you might “convince yourself that dating is passé, a relic of a paternalistic era, because you can’t afford to take a woman to a restaurant.”

Many young men these days have no experience in formal dating and feel the need to be faintly ironic about the process — “to ‘date’ in quotation marks” — because they are “worried that they might offend women by dating in an old-fashioned way,” Ms. Rosin said.

“It’s hard to read a woman exactly right these days,” she added. “You don’t know whether, say, choosing the wine without asking her opinion will meet her yearnings for old-fashioned romance or strike her as boorish and macho.”

Indeed, being too formal too early can send a message that a man is ready to get serious, which few men in their 20s are ready to do, said Lex Edness, a television writer in Los Angeles.

“A lot of men in their 20s are reluctant to take the girl to the French restaurant, or buy them jewelry, because those steps tend to lead to ‘eventually, we’re going to get married,’ ” Mr. Edness, 27, said. In a tight economy, where everyone is grinding away to build a career, most men cannot fathom supporting a family until at least 30 or 35, he said.

“So it’s a lot easier to meet people on an even playing field, in casual dating,” he said. “The stakes are lower.”

Even in an era of ingrained ambivalence about gender roles, however, some women keep the old dating traditions alive by refusing to accept anything less.

Cheryl Yeoh, a tech entrepreneur in San Francisco, said that she has been on many formal dates of late — plays, fancy restaurants. One suitor even presented her with red roses. For her, the old traditions are alive simply because she refuses to put up with anything less. She generally refuses to go on any date that is not set up a week in advance, involving a degree of forethought.