A Cornerstone, Not a Capstone 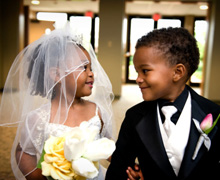 By Eric Metaxas | The Case for Early Marriage | Tony Bennett once sang, “I love you. You love me. People do, why don’t we marry young?”

My friend Karen Swallow Prior, an English professor at Liberty University, is making waves with an article called “The Case for Getting Married Young.” Her article, which ran in The Atlantic, got as much buzz as if she’d said something really revolutionary. And perhaps she did. Prior dared to suggest that deliberately delaying marriage, which has become the norm these days, may not always be the best option.

All these delays, Prior explains, result from the way that today’s society sees marriage. “For much of human history,” she writes, “marriage was based on economic expediency, its purpose being political and financial maintenance or gain. Then in the modern age, as an outgrowth of the Protestant Reformation and its emphasis on the individual, the ideal of the compassionate marriage arose… [based on] the idea of women choosing their marriage partners for themselves so as to wisely fulfill their Christian vocation in marriage.”

But both these models are now widely seen as outdated. The new model she calls “hedonistic” marriage. It’s all about both people getting the maximum amount of pleasure—“material, emotional, sexual, familial, you name it”—out of the relationship.

Under this model, “it makes sense to stay single long enough to accumulate the things that can be brought into an eventual union.” If you’re going to try to maximize the benefits you can get from a marriage, you need to have your act together first. There’s no margin for error, no room for growth—both spouses are supposed to be enjoying themselves to the full from day one.

And this is why, in the words of a study that Prior quotes, “Young adults have increasingly come to see marriage as a ‘capstone’ rather than a ‘cornerstone’—that is, something they do after they have all their other ducks in a row, rather than as a foundation for launching into adulthood and parenthood.”

We see this attitude everywhere now. It’s rampant in colleges and universities with their “hook-up” cultures. Students are encouraged to treat their studies seriously and their sexual relationships casually, and then they’re astonished when they get hurt. And something similar is going on in poor and even working class neighborhoods in our country, much to their detriment.

All the way back in 2005, William Raspberry wrote in the Washington Post about how and why “poor women opt for single motherhood…. They ‘delay’ marriage until they think they have a reasonable shot at making it work.” Many of these women would actually rather raise their children in fatherless homes than risk making a less-than-ideal marriage. As Raspberry wrote dryly, they’re “placing marriage in such high esteem that they forgo it.” And what was true in 2005 is even more true today.

It all boils down to this: We’ve put marriage on a pedestal that it was never meant to occupy. You could even say that we’ve made an unapproachable idol out of it. And that attitude is destroying families and hurting men, women, and children alike.

Karen Swallow Prior, by contrast, got married at nineteen and went on to earn a bachelor’s degree, a master’s degree, and a Ph.D., as she and her husband learned to support and strengthen each other. “It was not the days of ease that made our marriage stronger and happier,” she says, “it was working through the difficult parts.”

If we as a culture could learn that this is how a good marriage works—as a cornerstone, not a capstone—then we might just re-learn how to create marriages that are truly strong, lasting, and good.

For this third party post in its full context, please go to:
http://www.breakpoint.org/bpcommentaries/entry/13/21913
© 2013. The Colson Center.  www.colsoncenter.org