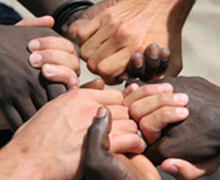 By Thomas Sowell | I am so old that I can remember when most of the people promoting race hate were white.

The difference between these percentages is not great, but it is remarkable nevertheless. After all, generations of blacks fought the white racism from which they suffered for so long. If many blacks themselves now think that most other blacks are racist, that is startling.

The moral claims advanced by generations of black leaders — claims that eventually touched the conscience of the nation and turned the tide toward civil rights for all — have now been cheapened by today’s generation of black “leaders,” who act as if it is all just a matter of whose ox is gored.

Even in legal cases involving terrible crimes — the O.J. Simpson murder trial or the charges of gang rape against Duke University students — many black “leaders” and their followers have not waited for facts about who was guilty and who was not, but have immediately taken sides, based on who was black and who was white.

Broken down by politics, the same poll showed that 49 percent of Republicans consider most blacks racist, as do 36 percent of independents and 29 percent of Democrats.

Is this what so many Americans, both black and white, struggled for, over the decades and generations, to try to put the curse of racism behind us — only to reach a point where retrogression in race relations now seems at least equally likely as progress?

What went wrong? Perhaps no single factor can be blamed for all the things that went wrong. Insurgent movements of all sorts, in countries around the world, have for centuries soured in the aftermath of their own success. “The revolution betrayed” is a theme that goes back at least as far as 18th century France.

The civil rights movement in 20th century America attracted many people who put everything on the line for the sake of fighting against racial oppression. But the eventual success of that movement attracted opportunists, and even turned some idealists into opportunists.

Over the generations, black leaders have ranged from noble souls to shameless charlatans. After the success of the civil rights insurgency, the latter have come into their own, gaining money, power and fame by promoting racial attitudes and actions that are counterproductive to the interests of those they lead.

None of this is unique to blacks or to the United States. In various countries and times, leaders of groups that lagged behind, economically and educationally, have taught their followers to blame all their problems on other people — and to hate those other people.

This was the history of anti-Semitic movements in Eastern Europe between the two World Wars, anti-Ibo movements in Nigeria in the 1960s, and anti-Tamil movements that turned Sri Lanka from a peaceful nation into a scene of lethal mob violence and then decades-long civil war, both marked by unspeakable atrocities.

Groups that rose from poverty to prosperity seldom did so by having racial or ethnic leaders. While most Americans can easily name a number of black leaders, current or past, how many can name Asian American ethnic leaders or Jewish ethnic leaders?

The time is long overdue to stop looking for progress through racial or ethnic leaders. Such leaders have too many incentives to promote polarizing attitudes and actions that are counterproductive for minorities and disastrous for the country.