What Questions Does Faith Ask of Modern Science? 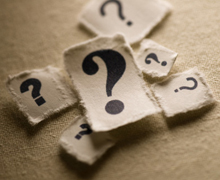 By John Ortberg | Editor’s note:The following is a chapter from When God and Science Meet: Surprising Discoveries of Agreement. Published by the National Association of Evangelicals, the book has 12 authors total, discussing areas of agreement between science and Christianity. You can get a free download or order hard copies at the NAE website. 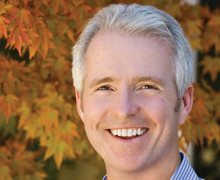 Is science the only way to reliably know something?

Because science has made such amazing progress in fields like medicine and technology, some people claim that the scientific method is the only way to reliable knowledge. This belief is sometimes called “Scientism.” Cambridge University physicist and Anglican priest Sir JohnPolkinghorne offers a helpful illustration in response:

One answer deals with non-personal causes; that’s generally what science does. The other answer deals with the intention or purpose of a person; it is non-scientific, but true. Science involves a method that is enormously useful for investigating large chunks of reality. Scientism is a dogma that says any dimension that can’t be exhaustively explained by that method doesn’t exist.

Has science proven that the universe has no purpose?

Astronomer Carl Sagan has written that we live on “an insignificant planet of a humdrum star lost in a galaxy tucked away in some forgotten corner of a universe in which there are far more galaxies than people.” The idea is that science, by showing us how immense the size and age of the universe, has also shown us that human beings do not have unique dignity and value in the ways that faith has taught. However, the contrast between the immensity of creation and smallness of human beings is not a new thought. The psalmist said:

When I consider your heavens, the work of your fingers,

the moon and the stars, which you have set in place,

what is mankind that you are mindful of them,

The psalmist does not go on to say: but people are huge. The earth is huge. The stars are tiny. we win! The psalmist agrees that the heavens make human life look puny. But it’s not! God has invested human beings with his own image and given us a capacity to learn, create and care for the earth. Any worldview or system of thought that cannot account for the inescapable weight, dignity and value of human existence must be found wanting.

What does the apparently inextinguishable human desire for meaning tell us about existence?

The universe itself evokes a sense of wonder in us that just won’t go away. Wonder is this inextinguishable realization; not simply that something is, but that it’s good. Wonder moves us dangerously close to worship. Is our hunger for wonder and meaning a clue to something beyond just material reality?

Haven’t science and religion always been at war?

The notion that science and religion have historically been at war with each other is a myth. Baylor University’s Rodney Stark says that of the 52 leading scientists in 17th century Europe, 62 percent were devout believers, 34 percent were conventionally religious, and only two of them were skeptics.2 Not only were they not enemies, there are a host of folks in the history of science who contend, like Paul Chamberlin of Trinity Western University, that “the scientific enterprise as we know it would probably not exist had it not been for Christianity.”

Scientist Sir John Houghton points out there is a false notion in our day that belief in God originated from our inability to understand things scientifically. Faith in God is not based on the gaps that science hasn’t yet filled in but based on observations of meaning and value and order that actually underlie science itself.

The rise of science required a worldview that posited a world that is orderly and will reward rational investigation. That worldview arose from faith in an all-powerful rational God. In “Chemical Evolution,” the Nobel Prize-winning biochemist Melvin Calvin said, “This monotheistic view seems to be the historical foundation for modern science.”

This has become a huge hot-button topic. The best book I have ever read on the Genesis creation account is by Wheaton College professor John Walton. He notes that in studying the Bible, one has to begin by asking how it would be understood in that day in that culture. He also shows that Genesis was part of a great conversation in the ancient world that was asking very different questions than we ask.

Genesis is about the one true God inaugurating the cosmos into a functioning temple where he would take up residence and deploy his image bearers to extend his reign so that all the earth would be sacred space, Walton said. It is not about the role of mutation or natural selection in 21st century terms.

I have seen too many young people in too many churches exposed to bad science in the misguided idea that someone was defending the Bible; then they go off to college and find out they were misinformed and they think they have to choose between the Bible and truth.

On the other hand, sometimes secularists will misuse the theory of evolution to make claims about human identity. You are a ceaseless spiritual being with an eternal destiny in God’s great universe. That claim cannot be settled by proportion of shared DNA.

Doesn’t science show that the universe didn’t need a creator?

Actually, it’s almost the opposite. A hundred years ago scientists assumed the universe had always existed. Scientists now believe the universe had a beginning. This was astounding. Francis Collins, director of the National Institutes of Health, who was once an atheist and became a vibrant believer through reading “Mere Christianity,” says that “the existence of the Big Bang begs the question of what came before that, and who or what was responsible. It certainly demonstrates the limits of science as no other phenomenon has done.”

Supporting Science in Our Congregations

A few years ago, at a conference with Francis Collins and a number of other scientists, I was struck by how many of them spoke about how lonely they were. They said that when they are with scientific colleagues, they have to be guarded about their faith. But too often when they are with their spiritual communities, they are considered suspect due to their science.

Those in your congregation who are doing science — teaching, research, technology, medicine, engineering, chemistry, biology, neuroscience, physics — are doing a noble thing. They are reading the book of nature and the book of Scripture together. They are obeying God’s command to exercise dominion, to learn about and steward the earth. Those of us who are not scientists should be grateful and admiring. We should be cheering them on.