What Can ‘Hard Work U’ Teach the Elite Schools? 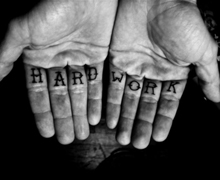 Looking for the biggest bargain in higher education? I think I found it in this rural Missouri town, 40 miles south of Springfield, nestled in the foothills of the Ozark Mountains. The school is College of the Ozarks, and it operates on an education model that could overturn the perverse method of financing college education that is turning this generation of young adults into a permanent debtor class.

At this college the tuition is nowhere near the $150,000 to $200,000 for a four-year degree that the elite top-tier universities are charging. At College of the Ozarks, tuition is free. That’s right. The school’s nearly 1,400 students don’t pay a dime in tuition during their time there.

So what’s the catch? All the college’s students—without exception—pay for their education by working 15 hours a week on campus. The jobs are plentiful because this school—just a few miles from Branson, a popular tourist destination—operates its own mill, a power plant, fire station, four-star restaurant and lodge, museum and dairy farm.

Some students from low-income homes also spend 12 weeks of summer on campus working to cover their room and board. Part of the students’ grade point average is determined by how they do on the job and those who shirk their work duties are tossed out. The jobs range from campus security to cooking and cleaning hotel rooms, tending the hundreds of cattle, building new dorms and buildings, to operating the power plant. 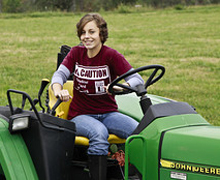 A College of the Ozarks student hard at work. Tommy Thompson

The college was founded in 1906 as the “School of the Ozarks” atop local Mount Huggins, named for brothers Louis and William Huggins from St. Joseph, Mo., who gave the school its first endowment. From the start, the school was run on the same work-for-education principle as it is today.

Just over 40 years ago, this newspaper made College of the Ozarks famous with a 1973 front-page story that nicknamed the school “Hard Work U.” In 1988, when he became the school’s president, Jerry C. Davis, started plastering the moniker “Hard Work U” on nearly every structure and piece of promotional material printed at the college. “We saw this as a huge marketing coup because it sets us apart from nearly every other school in the country,” explains the colorful Mr. Davis, who in 26 years as head of the school has brought to campus such luminaries as President George W. Bush, Margaret Thatcher, Tom Brokaw and Norman Schwarzkopf.

“We don’t do debt here,” Mr. Davis says. “The kids graduate debt free and the school is debt free too.” Operating expenses are paid out of a $400 million endowment. Seeing the success of College of the Ozarks, one wonders why presidents of schools with far bigger endowments don’t use them to make their colleges more affordable. This is one of the great derelictions of duty of college trustees as they allow universities to become massive storehouses of wealth as tuitions rise year after year.

In an era when patriotism on progressive college campuses is uncool or even denigrated as endorsing American imperialism, College of the Ozarks actually offers what it calls a “patriotic education.” “There’s value in teaching kids about the sacrifices previous generations have made,” Mr. Davis says. “Kids should know there are things worth fighting for.”

He says a dozen or so students will be taking a pilgrimage to Normandy in June to commemorate the 70-year anniversary of D-Day and the former College of the Ozarks students buried there. Amazingly, four of the school’s graduates served as generals in the U.S. military during the Vietnam War.

The emphasis on work in exchange for learning doesn’t mean the classroom experience is second rate. The college has a renowned nursing program, business school and agriculture program. As one who has lectured at many universities, I can attest that the many students I met on the campus are refreshingly respectful, inquisitive and grateful for the opportunity to learn.

These aren’t the highest academic status kids (the average ACT score is 21), but there is an unmistakable quest to succeed. To gain admittance, each student must demonstrate “financial need, academic ability, sound character, and a willingness to work.” Elizabeth Hughes, the public-relations director, says: “We don’t have a lot of rich kids . . . they have plenty of other schools they can choose from.”

That doesn’t mean the school is not in high demand. Unlike many small liberal-arts schools that are suffering a steep decline in applications, last year College of the Ozarks had 4,000 applicants for about 400 freshman slots, which makes this remote little school among the nation’s most selective.

All of this raises the question: To bring down tuition costs elsewhere, is it so unthinkable that college students be required to engage in an occasional honest day’s work? Many of the privileged class of kids who attend Dartmouth or Stanford or Wesleyan would no doubt call it a violation of their human rights. Others are too busy holding rallies for unisex bathrooms, reparations for slavery and an end to fossil fuels to work while in school. As the humorist P.J. O’Rourke once wrote: “Everyone wants to save the world, but no one wants to do the dishes.”

At Hard Work U, the kids actually do the dishes and much more while working their way through a four-year degree. Nearly 90% of graduates land jobs—an impressive figure, given the economy’s slow-motion recovery.

“If I were an employer, I’d take our graduates over those at most any other schools,” says Mr. Davis. “The kids at these East Coast colleges strike me as being a little spoiled. Our graduates don’t expect to come into the company as the CEO.” But they certainly join a company knowing the value of work.

What ‘Hard Work U’ Can Teach Elite Schools