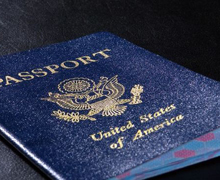 By Andre Mitchell | The primary reason why some Americans renounce their US citizenship is high taxes, according to a recent survey conducted by The University of Kent.

The United States government has recorded an all-time-high number of Americans who renounced their citizenship during the first quarter of 2015.

A total of 1,336 Americans gave up their US citizenship between January to March 2015, an Internal Revenue Service (IRS) quarterly report published on The Federal Register showed. 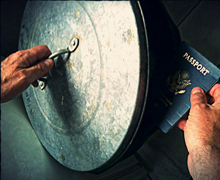 The list includes long-term permanent residents who are considered American citizens under the Health Insurance Portability and Accountability Act of 1996 (HIPPA).

The first quarter number beats the previous record of most number of Americans who renounced their citizenship, which pegged at 1,130 during the second quarter of 2013.

This figure is also almost half the total number of Americans who renounced their citizenship last year, which the Quarterly Publication of Individuals Who Have Chosen to Expatriate placed at 3,415.

The University of Kent recently conducted a survey to find out why 1,546 US citizens and former citizens would want to give up being Americans. The poll showed that the primary reason for renouncing citizenship was high taxes.

The same poll also showed that although the US government significantly raised the fees for relinquishing American citizenship from $450 to $2,350 in 2014, nearly a third of those surveyed say they were still thinking about doing it anyway despite the cost.

“Of the US citizen respondents, 31 percent have actively thought about renouncing US citizenship and 3 percent are in the process of doing so,” the survey added.

While the number of Americans who renounced their US citizenship rose, the number of immigrants in the US also continued to increase. Some 41.3 million immigrants, both legal and illegal, currently live in the United States.

Based on data from the Census Bureau, the number of immigrants in the US grew by 1.4 million people between 2010 and 2013.