University of Gomorrah: Are the Girls Safe Anymore? 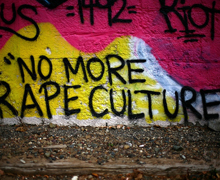 By Bernie Reeves | Recently, a caller to the Diane Rehm Show on NPR repeated the statistic that one in four young women is raped on American college campuses each year. Rehm’s guest, former president Jimmy Carter, actually had said sexual abuse, not rape, but neither he nor Rehm corrected the caller. Carter was plugging his new book, A Call to Action: Women, Religion, Violence and Power – touted by publisher Simon and Shuster as “an impassioned account of the human rights abuses against women and girls around the world, particularly in religious societies.”

According to Carter, the administrators of “Harvard, Yale, Emory and the University of Georgia” refuse to take action against the predation of young women on college campuses for fear of negative publicity. However, he failed to mention that victims are not prevented from reporting cases to local police, nor that a number of accusations are made by victims for revenge against a male partner, knowing that simply making a charge stains him for life.

This style of blanket condemnation is typical of left-wing utopians like Carter, as demonstrated within the context of his diatribe against men everywhere for “gross abuse,“ including genital mutilation, spousal abuse, work place discrimination, attacks on Christian preachers for not following the dictates of the Bible and the proposition that women are treated worse today than in the time of Jesus. 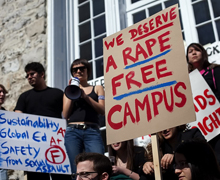 As for college campus sexual assaults, what’s a mother to do? Young women leave home and join men their own age in an atmosphere that is best described as licentious. No parents to monitor them, complete freedom to come and go at any hour, alcohol and drugs everywhere – and gee whiz! Sex rears its ugly head. Worse, as feminist agitator Camille Paglia points out, college women are drawn into the radical cabal on most campuses that asserts females are superior, yet vulnerable to the male dominated superstructure of American society.

Apparently, college today is not only expensive and vacuous, but girls are susceptible to sexual attack by out-of-control boys trolling the campus for victims. Even if they manage to escape this cauldron of predation unscathed, graduates are faced with a two-front assault by their own president who has caused a deplorable  50% unemployment or under-employment rate for citizens under 25, coupled with a Soviet-style demand to purchase health insurance or be investigated by the IRS.

Perhaps Hamlet had it right: “Get thee to a nunnery!”

Editor’s Note:  Free Think University offers a course on this topic entitled “Is There Sex that is Not Good?”  You can access it here.