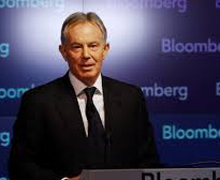 By The Editors of World Magazine | The Middle East matters, says former British Prime Minister Tony Blair, who argued recently that the threat of radicalized Islam continues to represent “the biggest threat to global security of the early 21st century.”

Liberals in Britain continue to malign Blair as a supposed co-conspirator with George W. Bush in concocting phony assessments of Iraq’s weapons of mass destruction as a pretext for ousting Saddam Hussein. In a speech last week at the London office of Bloomberg News, Blair acknowledged the invasions of Iraq and Afghanistan had undermined Western willingness to intervene in the Middle East. But he called for the West to engage with the region, saying “we have to stop treating each country on the basis of whatever seems to make for the easiest life for us at any one time.” 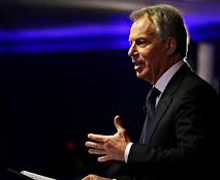 He said the protest that led to Morsi’s ouster “was not an ordinary protest. It was the absolutely necessary rescue of a nation. We should support the new government and help.”

Blair said Western “commentators” have failed to take the threat of Islamist ideology seriously. He called on the non-Islamist nations of the world to engage and to “take sides” in a “titanic” struggle.

Blair also said the West will regret not intervening in the “unmitigated disaster” of Syria and laid out a case for imposing a no-fly zone (something he acknowledges should have happened two years ago), while recognizing that a negotiated settlement that could leave Assad in power temporarily is, at this point, the best likely outcome.

Editor’s Note:  If you are interested in going further into this issue, take Free Think University’s course experience built on Mr. Blair’s speech by clicking here.

Tony Blair: We need to take the threat of militant Islam seriously