Thou Shalt Not Mention God 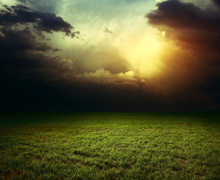 By Nathan Harden | An atheist group called the Freedom from Religion Foundation is suing Ball State University. Apparently the group is arguing that it was unconstitutional for a physics professor to suggest there might be a God.

Peter Wood, of the National Association of Scholars, doesn’t see much of a case:

“I view this as either as a bit of bluffing on the part of Mr. Seidel, or if he believes in the accuracy of his own assertions, he is sadly mistaken,” Wood said.

The class in question is called “The Boundaries of Science,” and its syllabus details the course objective as examining topics that “provide examples of (human) existence that may lie outside the boundaries of human science.”

It concludes by stating the topics will “then be considered for their implications relating to the significance and value of human life, and as possible indications of the existence of God.”