The Subhumanities: The Reductive Violence of Race, Class, and Gender Theory 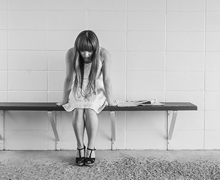 By Anthony Esolen | “We participate in being without remainder,” says the aging Reverend John Ames, the narrator in Marilynne Robinson’s wise and theologically meditative novel Gilead. The mystery of being is inexhaustible. Ames looks out his window at his small son and his wife, blowing bubbles and laughing as Soapy, the cat, tries to catch them. That moment is not in the novel to provide an interval of wistful prettiness. Ames rejoices in the sheer gratuitous beauty of existence, which is like those iridescent soap bubbles, turning deep blue just as they are about to pop. He loves the world, loves the small farm town of Gilead where he has lived his whole life, and believes that in the glory of the world to come, the goodness and the laughter and even the sorrows of this world will still be present to us, somehow. Piety itself commands him to believe it.

So much of human life, says Robinson in her new book of essays, When I Was a Child I Read Books, is blessed “nonsense,” not overmuch concerned with survival or whatever else preoccupies the reductivists of our time. It is like the folly of God, as Erasmus reminds us, thinking of the mighty words of Saint Paul, who declares that all the wisdom of the world cannot overcome the foolishness of the Cross, which is of course the foolishness of love.

Whenever we meet a human being, then, we meet that extraordinary creature who can think of time past and time to come, and times that never were. We meet one whose next thought rarely has to do with food or the act of sex but with shaking a bough of wet leaves to see the drops spatter and splash, or with a jest to cap the jest of a friend as they sit on a shady porch, or with one who walks down to the quiet graveyard to place a vase of flowers at her mother’s headstone, to stand awhile there, and say a prayer, and think of her while the cardinals whistle their love calls from the trees. 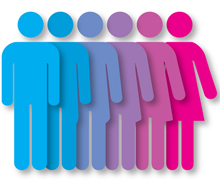 If we are to know that human being, we should not begin with race or class or “gender,” that category invented by social critics who avert their eyes, prim and prying at once, from the frank and plain reality of sex. We certainly cannot end there. If I say, “Who is John?” you cannot answer me correctly by saying that he is six feet tall, 150 pounds, with Italian and Irish ancestry on his mother’s side and African American and Latino ancestry on his father’s side, with a family income of such and such a year, voting in such a pattern, living on Maple Street and selling insurance. These are all things about John, but they are not John, the man. It does violence to the man to reduce him to such categories. It is an act of contempt for his humanity. It reduces him, not so that we may get to know him, but so that we can manipulate facts about him while not getting to know him at all. It is a study in subhumanity.

That is exactly what schoolteachers, professors, and critics do to John’s art when they cram it into the pigeonholes of race, class, and gender. It is an act of violence.

I recall here an incident that occurred at my generally healthy school, Providence College, several years ago. I and my teammate in the theology department were teaching one of the freshman sections of our course in the Development of Western Civilization. A young lady approached us one day in tears. She had enrolled, not knowing what she was getting into, in Introduction to Women’s Studies, taught by an art professor who could speak of nothing but race, class, and gender. The material for that course was the fairy tale. When they got round to the story she loved the most when she was a little girl, “Beauty and the Beast,” and finished reducing it to the standard patriarchal conspiracy against the development of women—despite the fact, which should be obvious to the most inattentive reader, that Beauty is the dominant character in what is essentially a story of praise for the power of a good and strong woman—the student could not take it anymore. She approached my colleague and me and asked what to do. We told her to stick it out, but she dropped the class, prompting an aggressive campaign by the feminist professor against my colleague two years later when he was up for a promotion.

Why read at all if you are not going to accept the work on its own terms? Criticism becomes nothing more than an imposition of the self upon the poet and his art. The poet does not teach us; we teach the poet, in the same way that a schoolyard bully proposes to teach the skinny kid who can’t defend himself. We ply our “theory” upon a poet who cannot answer back. We dress it with pseudo-scientific language to impress the sophomores while remaining impervious to his thought and his humanity. This is called “critical thinking,” quite uncritical about itself and predictable in its results, as if a living being were pressed through a grinder.

Just such an act of violence may have suggested to Robinson the title of her novel. Of course she’s alluding to the Bible, for “there is a balm in Gilead,” as the haunting Negro spiritual affirms. But there is also Margaret Atwood’s overcelebrated Handmaid’s Tale, a dystopia of feminist delusions. In Atwood’s world, built out of her preoccupations with race, class, and gender, imperious men keep “handmaids” for impregnation. Theirs is a theocratic Republic of Gilead, as Atwood, an atheist, indulges herself in a spree of nightmarish slander against evangelical Christians, whose art, music, devotions, and way of life she has not bothered to get to know. She has them pegged—in the slots of her reductive scheme, never considering that her work reveals more about her than it does about people who might, like Reverend Ames, actually read the Bible with deep learning and human freedom of heart, open to wisdom and love and majesty.

Indeed, reducing is the great temptation that John Ames must resist. One day the son of his dearest friend returns home. This man, Jack Boughton, appears to be a dangerous and unrepentant prodigal. His adult life has been filled with hurt, both what he has suffered and what he has caused others to suffer. Now he is back, charming, circumspect, playing ball with Ames’s son, which Ames is too old and ill to do, and, as far as Ames can tell, eyeing his widow-to-be.

It would be all too easy for Ames to collapse Jack into a category, as our sophisticated critics do, and as Atwood did to evangelicals. Ames could peg him as naturally bad, a preacher’s son rebelling against his father, or as “politically” virtuous, a crusader for racial equality (Jack has contracted a common-law marriage with a black woman, the daughter of another minister, who disapproves of him). But whenever Ames begins to “solve” Jack, he catches himself. Reality is too big and human reality too profound. Again and again, he senses that reductive thoughts are evil and do him no good. When they beset him, he prays.

It turns out that Jack has no designs upon the Ames family. He has returned to see his father one last time before the old man dies. Then he sneaks away before the dread event, as he cannot bear meeting his brothers and sisters and their spouses and their brood of happy children. Their kindness would crush him. But he asks Ames to accompany him to the bus station. And there, the man who cannot believe, who has never loved anyone well, asks his disappointed old godfather to bless him, in public. He bows his head as John Ames places his hands upon him and repeats the grand blessing from Numbers, “The Lord bless you and keep you; the Lord make His face to shine upon you,” and we are the quiet witnesses of an event that makes all chatter about race and class and gender seem petty and irrelevant.

For the reduction is not only violent. It is stupid. It misses the point. It’s as if someone were present when a woman broke an alabaster jar of perfume over the feet of the Lord, and anointed them, and wept, and dried them with her hair; and were to say, “How much did that perfume cost? The proceeds could have been given to a political action campaign for the poor!” Or as if someone were to read of a sinful man’s falling to his knees to beg forgiveness of the girl he had attempted to murder when she was an infant, and instead of noticing the resurrection of a human soul, were to declare that Shakespeare’s Tempest is really about colonies (there are no colonies in the play) in the New World (it’s in the Mediterranean), established by men of adventure (the protagonist was shipwrecked and is trying to get back home) to make their fortune (he will bring back nothing). A world full of election days, and never an Easter; a world of sophisticated machines and numbers, and never a small boy with his belly on the grass, drawing pictures, while the cat Soapy, sleepy from all that chasing of bubbles, curls up in the small of his back, and his father the Reverend regards him from the window, aching with love.

The Subhumanities: The Reductive Violence of Race, Class, and Gender Theory