The Mushy Modern Virtue of Tolerance 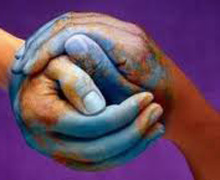 By Andrée Seu Peterson | We live in the fearful age of Tolerance. Everyone is watching everyone else to see if the other person is being tolerant. Those unfortunates who violate Tolerance are in danger of being reported to the cultural high priests of Tolerance, and of losing their social standing and their very careers.

But when examined more closely, the vaunted modern virtue of Tolerance is quite mushy. To be sure, there are large areas of overlap among all human beings and near unanimous agreement on both ends of the spectrum about the list of things we should be tolerant of and not be tolerant of.

For example, in the “tolerated” column, everyone (except a few madmen) puts love, kindness, PB&J sandwiches, and helping little old ladies cross the street. Likewise, in the “not tolerated” column, we all pretty much agree to place such practices as murder, rape, theft, and adultery. 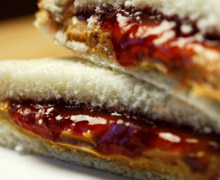 But the fact that everybody—even the biggest Tolerance preachers—has a few things in the not tolerated column presents a philosophical problem for the apostles of Tolerance. This is because they are already admitting that not everything should be tolerated. Once they admit that not everything should be tolerated, they have already proved that Tolerance is not an absolute and undifferentiated good. They have made distinctions, so how can they criticize others who make distinctions?

So even the promoters of Tolerance are themselves not tolerant of some things. Therefore, how can they bring vituperative insult against others who are not tolerant of things (like same-sex marriage) just because they have a somewhat different “do not tolerate” list from their own?

The next time you are accused of being a hater or intolerant, you might want to probe your accuser a bit to ferret out what things he or she hates or is intolerant of. You will surely find something.