The Materialist Magicians Are Here 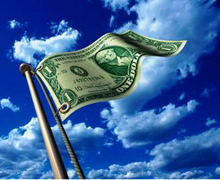 By Shane Morris | In “The Screwtape Letters,” C. S. Lewis describes through the mouth of his professorial senior demon something he calls “the Materialist Magician”:

“I have great hopes that we shall learn in due time how to emotionalise and mythologise [human] science to such an extent that what is, in effect, belief in us, (though not under that name) will creep in while the human mind remains closed to belief in the Enemy. The ‘Life Force’, the worship of sex, and some aspects of Psychoanalysis, may here prove useful. If once we can produce our perfect work—the Materialist Magician, the man, not using, but veritably worshipping, what he vaguely calls ‘Forces’ while denying the existence of ‘spirits’—then the end of the war will be in sight.”

We’ve reached a cultural moment when Darwinian materialism and scientistic reductionism justify any consensual act, and even a good number of violent acts, provided the victim is sufficiently dehumanized. But at the very same moment, we’re witnessing the triumph of a Gnostic notion of our bodies’ role in sex–one that tells us inward feelings and desires, not observable, physical reality, are what truly matters. We dismiss traditional morality on the grounds that science has explained God away, and then we turn around and invent a new, mandatory morality based on the scientifically unverifiable and deeply spiritual idea that some “true me” lives inside each of us, and that this version of “me” needn’t have anything in common with our material bodies. The glaring contradiction here doesn’t seem to bother anyone.

If you ask me, Screwtape’s Materialist Magicians are here.

The Materialist Magicians Are Here