The Logic Of Economic Discrimination 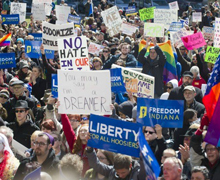 The passage and consideration of religious liberty laws in states like Indiana and Arkansas has sparked a firestorm of controversy. Powerful corporate interests and vociferous gay activists have opposed these proposals. Tim Cook, the CEO of Apple, penned an op-ed in the Washington Post that decried them as “designed to enshrine discrimination in state law.” But the economic response has moved beyond the opinion pages, as a number of businesses, including some based in Indiana, promised to boycott the state or suspend further investment. Angie’s List CEO Bill Oesterle issued a statement from the company’s Indianapolis headquarters announcing a suspension of a planned expansion in the city: “Angie’s List is open to all and discriminates against none and we are hugely disappointed in what this bill represents,” said Oesterle. Cook, likewise, asserts that “discrimination, in all its forms, is bad for business.” 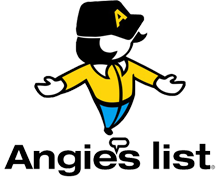 There are a number of delicious ironies in the complex reactions and developments arising out of this controversy, but one that deserves more attention has to do with the inherently and unavoidably discriminatory logic of the promised business and government boycotts and economic sanctions. The message is clear: if states like Indiana pass these RFRA laws, there will be economic consequences. Companies will move or suspend further investment. Conferences and events will not be held in these places. Goods and services will stop flowing so freely to such states.

Such boycotts, however, are fundamentally based on discrimination. Executives like Cook and Oesterle don’t like what Indiana has done, and they have decided to limit business transactions with those that they find problematic, whether morally or otherwise. Ryan Anderson of the Heritage Foundation powerfully summarizes this dynamic: “Businesses are saying they’ll boycott Indiana over this religious liberty law. So they want the freedom to run their businesses in accordance with their beliefs—so they’ll boycott a state that tries to protect that freedom for all citizens? Do they not see that the baker, photographer and florist are simply asking for the same liberty?”

Discrimination for Me, But Not for Thee

Why should big businesses like Apple, Angie’s List, or Salesforce be able to discriminate against an entire state like Indiana, while Christian small-business owners cannot likewise decide who they want to do business with? If Apple can boycott Indiana, why can’t evangelicals boycott same-sex weddings? The reality is that such economic discrimination depends on a complex of freedoms, including but not limited to religious liberty.

Also at issue in these debates is the fundamental freedom of association. When government power is used to coerce economic exchange, there ought to be a significantly convincing reason to do so. Otherwise, the presumption should be in favor of liberty and the burden of proof should lie on those who want to compel exchange.

Boycotts have a long history in the United States, a history that ought to be celebrated and respected. Such exercises of economic liberty are an important aspect the moral suasion that is constitutive of a free society. People ought to be free to patronize establishments that accord with their values and to decide to what extent such concord is even necessary.

The Real Problem Is the Double Standard

The problem in this instance, then, is not that companies like Angie’s List threaten economic sanction, although the prudence of such action in this particular case is debatable. These businesses will have to answer to their stakeholders for their choices, and rightly so. The problem, rather, is that the freedom to discriminate is claimed by such companies for themselves but not extended and recognized for others. Boycotts against discrimination as such thus depend on the very thing they oppose. In this sense, the discriminatory actions of businesses ought to be judged alike, whether they are based on religious convictions or secular morality.

Now it is also true that not all discrimination is created equal. But the key to a reasoned and morally-responsible discussion about good, bad, or permissible forms of discrimination depends on recognizing and acknowledging the inherently discriminatory nature of moral, economic, and political choices.

The starting point must be the presumption of such liberties, and there must be a higher standard of proof for those who would infringe those freedoms. The logic of economic discrimination runs both ways, and such give-and-take is absolutely indispensable for a truly free and prosperous society.

The Logic Of Economic Discrimination