The Failure of America’s ‘War on Poverty’ in One Chart 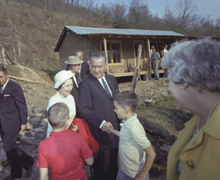 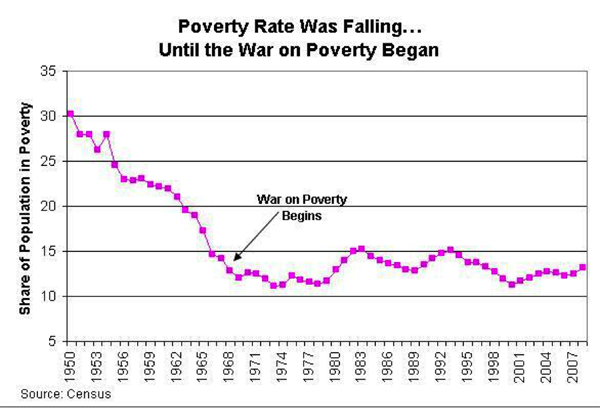 From Lawrence McQuillian of the Independent Institute:

The lesson: Despite good intentions, statist redistribution programs to “help the poor” lead to multigenerational dependency and shrinking opportunities and incentives for low-skill individuals to enter the workforce, increase their skills, and move up the income ladder.

On the other hand, steady private investment in physical and human capital within a secure system of private property rights (which minimizes government corruption and exploitation) results in self-sustaining prosperity, which enables poor people to take advantage of opportunities and permanently lift themselves out of poverty.

Prior to the “War on Poverty,” the post-1950 U.S. economy wasn’t a capitalist nirvana, but it did benefit the poor much more than after The Great Society programs. The numbers speak for themselves.