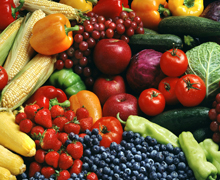 If we can put a man on the moon, transplant a heart, and manipulate DNA, then surely we can unpack the relationship between eating vegetables and living longer. There’s no obvious difficulty in figuring out if wine decreases risk of heart disease, or if eating red meat increases the risk of colon cancer. Just look at people who drink wine or eat red meat, and then compare them to those who don’t. Easy, right?

In fact, there is probably no branch of medicine more difficult or complicated than nutrition science, a complexity that plays out in the endless controversies about what—and how much—we should eat. 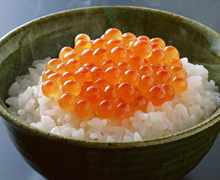 High-quality studies of dietary practices are incredibly hard to design. How do you make a placebo piece of steak for your control group? Studies on the effect of diet and lifestyle in large populations are no less difficult. They depend on recollection and self-reporting, notoriously unreliable data. And even if that data were accurate—well, just tweak an equation, exclude a set of data points, isolate a different factor, and suddenly vegetarianism goes from increasing longevity to decreasing bone density.

In dealing with these intractable problems of study design and analysis, nutrition scientists who study “ideal diets” have made surprisingly little progress since biblical days.

According to the Hebrew Bible, the prophet Daniel and his fellow Israelites were once held captive by the king of Babylon. Loyal to Moses’s dietary laws and afraid of defilement, Daniel requested what is almost certainly the first recorded trial of an elimination diet.

“Please test your servants for ten days,” Daniel said to his guard. “Give us nothing but vegetables to eat and water to drink. Then compare our appearance with that of the young men who eat the royal food, and treat your servants in accordance with what you see.”

The guard agreed. At the end of the ten days, Daniel and his friends “looked healthier and better nourished than any of the young men who ate the royal food.” (It doesn’t specify that their acne cleared up, but we can assume it did.)

Pre-20th-century vegetarians once cited Daniel as evidence of their diet’s superiority. Nowadays they invoke people like Dr. Dean Ornish, a well-known advocate of veganism and meditation.

Ornish has published studies in prestigious medical journals on how his regimen prevents cancer and heart disease. News outlets and TV shows tout his approach as a scientifically proven way to “reverse aging.” They trust that his diet works, because unlike Daoist monks and biblical prophets, Ornish is a scientist and a doctor. But Ornish’s studies, despite their author’s pedigree, suffer from the same fundamental problems as Daniel’s study:

– a lead investigator highly invested in the success of his experiment,

– the absence of a placebo control, and

– lack of replication by other researchers.

Time and time again, scientifically “proven” diets have proved false and foolish. At the turn of the 20th century, health guru Horace Fletcher popularized his theory of mastication, which argued that good health depended on a low-protein diet, chewed hundreds of times before swallowing. Obese at age forty, “the Great Masticator” told a compelling story of his own dramatic weight loss by means of mastication.

In addition to slimming down, he also became incredibly fit. To prove it, Fletcher submitted himself to tests of strength at Yale University, in which the 50-year-old supposedly bested college athletes. And as if that wasn’t enough, he mailed samples of his own stool to interested parties, the better to demonstrate the purity of his “digestive ash,” which was “no more offensive than moist clay” and had “no more odor than a hot biscuit.”

Nature will castigate those who don’t masticate, rhymed the eventual millionaire.

This advice sounds ridiculous today, but among those who followed it were John D. Rockefeller, Franz Kafka, and pioneer of empirical psychology William James. You might think adherents of the latest dietary trend would learn from history and recognize that one day they could end up looking like disciples of the Great Masticator. But they don’t. Studies keep appearing, headlines keep hyperbolizing, diet books top best-seller lists, and our faith that the newest fad will prove true remains unshaken.

The same is true of our belief in dietary demons like MSG and gluten.

Population-wide studies of health and lifestyle have had some successes, most notably the discovery that cigarettes cause lung cancer. But the hunt for nutritional epidemiology’s next tobacco has gone remarkably poorly. In his book Hyping Health Risks, cancer epidemiologist Geoffrey Kabat puts it bluntly: The “low-hanging fruit” like “smoking and lung cancer” have already been identified. With most other risk factors, emphasizes Kabat, there is an “immense difficulty […] establishing credible linkages.”

Eating in moderation has been the humdrum recommendation of common sense for thousands of years, and to that sage dietary advice, religion and science alike have added virtually nothing that stands up to rigorous scrutiny. People who tell you otherwise are, at best, exaggerating evidence—and remember, in science, exaggeration is a flat-out lie.