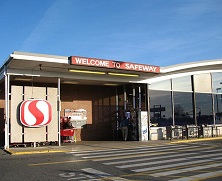 By Publius | This is the second of three posts we are running to repost Victor Davis Hanson’s thoughts on the current state of our university system.  Here he looks at tenure and diversity.

The original idea was to encourage free thinking by ensuring faculty that after a probationary period of six years, they were given lifetime employment (with very little post-tenure review) without worry of political repercussions. That way, outspoken, even eccentric professors would be protected from ideological conformists and administrative bully-boys. But those roles were switched, and the theory was entirely perverted in the 1960s, when faculty felt the degree of the nation’s social change was too slow and opposition to the Vietnam War too feeble, and thus the remedies for both trumped the fossilized notion of disinterested teaching. If the family, community, government, religion and traditions were all warped (i.e., the course of American history had logically led to Vietnam or homophobia), then the university itself must in lockstep offer balance — by itself becoming entirely unbalanced.

Today’s academic senate votes on social issues are about as unnecessary as they are lopsided, with margins resembling Saddam Hussein’s old plebiscites. Faculty committees have created speech and behavior codes that surpass those of the federal government’s in the 1950s and target particular ideologies while leaving others exempt: say something untoward about Mormonism is being frank, something considered impolite about Islam is grounds for punishment. How odd that tenure ensured a monolithic faculty, as well as undesirable traits in matters of work habits and comportment. In my own experience, I would say that about 30% of the faculty simply stop most research and scholarship in their seventh year. In all of America, there is no one more untouchable than the tenured liberal-minded full professor, top step. He is simply sacrosanct in the fashion of a Medieval bishop, in the sense that his teaching, scholarship, work ethic, and schedule are not so much poorly monitored as rarely monitored at all. Does the 7-Eleven employee after six years tell the boss, “I am here to stay for the next 30 years”?

Amid the academic utopianism is a level of exploitation rarely seen at K-Mart or Target. The graduate student teaches Latin 1A at a fraction of the cost of the full-professor. And while you cannot fire the PhD after six years, you most certainly can fire the part-time PhD anytime for the next thirty — someone who gets paid $4,000 a class (few benefits and few office, phone, and faculty privileges), while his tenured “comrade” is paid $20,000 for the same course. You object: “Oh, but we pay for the expertise of the full-professor, his sober and judicious in-class wisdom, his substantial publication record he draws on by the minute, his marquee name that entices capital to the university, his weighty committee work that runs the university.”

Perhaps, but in my experience all the above is true in about 20% of the cases, and there is instead a 50/50 chance that the scrambling itinerant and exploited part-timer is a better teacher than the complacent grandee. The greatest challenge in academia is not the risk of not being tenured, or not being promoted, but rather simply jumping from part-time helot status, to tenure-track Spartan overlord. Most never make it, or make it only when they are middle-aged with decades of a lost career.

Does Safeway have one check-out clerk that makes $40,000 and another who earns $20,000 in side-by-side aisles, each about the same age, with the same education, experience, and amount of time on the job — the part-time clerk with a solid record while the “tenured” Safeway clerk is a no better employee?