Tax Inversions Help, Rather Than Hurt, the Economy 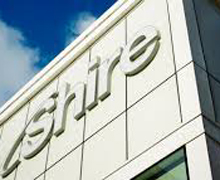 By Diana Furchtgott-Roth | Drugmaker Shire, based in Dublin, is in the process of being bought by AbbVie for $55 billion in a tax-inversion acquisition.

We’ve all heard the statistics.

More American multinational companies are merging with foreign corporations and moving their headquarters offshore to avoid onerous U.S. corporate taxes, a process known as “inversion.” Since 2012, about 15 inversions have occurred, with another half-dozen deals in the works.

President Obama called tax inversions “unpatriotic,” and last month said, “You shouldn’t get to call yourself an American company only when you want a handout from American taxpayers.” 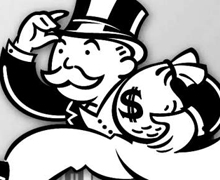 But what’s gotten lost in the discussion is that tax inversions have benefits for the American economy. They make it easier for companies to invest in the United States. They raise profits for U.S. shareholders, who can channel more funds back to America. Companies that locate overseas should be praised for making the right decision, not scolded for being un-American. What is more American than doing what is best for your company?

Take a U.S.-based multinational that wants to bring back overseas earnings to expand its factory in Detroit, or build a new factory. Under the current system of taxation, that multinational would have to pay a tax of 35% on the amount it brings back into the country. If it returned $100 million, it would have to pay a tax of $35 million and only $65 million would be available for investment.

That is because U.S.-based multinationals face a federal corporate tax rate of 35% on worldwide income, not just income generated in the United States. State taxes are extra. America is one of only seven Organisation for Economic Cooperation and Development countries that taxes companies on worldwide income, and the others have significantly lower corporate tax rates.

The United States, in fact, charges the highest tax rate in the developed world. The average of OECD countries is 24%. Some countries, such as Ireland, have corporate tax rates that are closer to half that.

If a foreign-based multinational had headquarters in Ireland, and wanted to bring back $100 million to invest in its plant in Detroit, then all the $100 million would be invested. None would go to the Treasury. Residents of Detroit would be better off, and the shareholders of the company would be better off. America would grow because companies generally spend money more effectively than does the government.

Since inverting to Panama in 1982, McDermott International MDR, -2.23%  has created American jobs by constructing pipelines and oil platforms in the Gulf of Mexico and across the country. Panama’s lower corporate income tax rate, 25%, leaves McDermott with more funds to hire the workers to complete those projects.

Tax inversions can result in a greater flow of income into the United States. A company such as Medtronic MDT, +0.72% which is in the process of inverting, can expand its American operations at lower cost than can its competitors.

This means that once one company inverts, others in the same industry will have to do the same, or risk losing their competitive advantage. The situation is similar to the 1980s when some steel companies declared bankruptcy and dumped their costly pension plans on the Pension Benefit Guaranty Corporation. The PBGC absorbed $63.3 million in liabilities from Wisconsin Steel, followed by Wheeling-Pittsburgh’s pensions that were underfunded by $475 million. Once one company had dumped its pensions, others had to follow suit, because pensions made up a substantial percentage of their costs.

As Tax Analysts columnist Martin Sullivan has astutely observed, none of the corporate tax-reform plans currently under discussion would end the advantage that foreign companies have in investing in the United States. Current tax-reform plans would impose some kind of minimum tax on repatriated U.S. earnings. So a foreign company investing in the United States would still have an advantage and inversions would continue.

Punishments for inverting companies will not solve the fundamental problem that our tax system is completely out of line with that of our competitors.

Last week Sen. Bob Casey, a Democrat from Pennsylvania, wrote to Treasury Secretary Jack Lew to complain about inversions He said: “As a member of the Senate Finance Committee, I am committed to enacting long-term reforms to our tax code that will encourage domestic investment. However, given the rapidly increasing number of inversion deals, I am considering the merits of short-term solutions.”

But there is little that Casey can do. It is impossible to start a fire in a crowded theater — i.e., levy a substantially higher tax than competitors — and then lock the doors. Moves to punish American companies from inverting will only cause them to break down the doors and leave more rapidly.

Some say that the United States can sustain higher tax rates because corporations benefit tremendously from being able to locate in America. Taxing their global profits is simply asking them to pay their fair share. But the advantage to American headquarters is rapidly disappearing. Markets are expanding, and headquarters can be located closer to a firm’s client base. Other countries, such as Ireland, Switzerland and Britain, have stable legal and financial systems, making them ideal headquarters for multinationals.

In addition, new regulations such as Dodd-Frank are raising the cost of doing business in the United States. The Affordable Care Act imposes a new 2.3% excise tax on medical-device companies. It is no coincidence that many of the inverting companies make medical devices. In 2014 alone, 10 pharmaceutical companies have inverted abroad, five of whom would have been subject to Obamacare’s medical-device excise tax. Pfizer PFE, -0.84%  also wanted to reincorporate abroad, but its bid to acquire British firm AstraZeneca azn AZN, -1.18%  failed.

The best option, proposed by people as different as Boston University professor Laurence J. Kotlikoff and Washington Post columnist Ezra Klein, would be to get rid of the corporate tax altogether and raise taxes on corporate distributions such as dividends and capital gains — which now receive preferential treatment because they are already taxed once at the corporate level. America raised $274 billion from the corporate tax in 2013, according to the Congressional Budget Office, just 10% of all revenue, and the tax costs millions to administer. Plus, it effectively discourages investment in the United States.

The only way to stop inversions is to reform the tax code so U.S. multinationals have the same advantages as foreign ones. Until then, we should praise those corporations that seek to operate at lower costs, not pillory them.