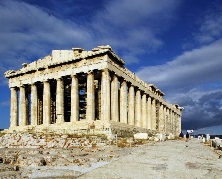 By Publius | This is the last of our three posts from Victor Davis Hanson’s essay on re-thinking the modern university.

Imagine the concept of student loans transferred to the car industry (or, perhaps, just think Freddie and Fannie). The government would guarantee billions of dollars for our youth to buy their first union-built Malibu and Escape — and the auto industry could then hike prices at double the rate of inflation as loans grew to match the inflating prices. (Would we soon have a sales “diversity” czar on the lot? Or a special assistant to the head salesman?). Is this a blueprint for smart and economical buying of efficient automobiles?

The tenured faculty is well-paid and established and often leftist; the student consumers who take out $50,000 plus in loans are often middle-class, without money, and without much political ideology. The result is that the well-off lecture about -isms and -ologies to the less well-off, who pay in borrowed money for the former, as the U.S. government underwrites the entire exercise on the premise of investing in a well-educated, informed, and productive electorate. And because students are poor risks and because loans are paid back slowly (and sometimes not at all), rates are often well over 6-7% at a time when most mortgages are about 3.5%. I have had some students who are still paying only the interest after 7-8 years since graduation.

Stranger still is the tsk-tsking of senior faculty about “grade-grubbing” undergraduates who are caricatured as poorly educated (you think?) and not interested in real knowledge, but only in the BA brand — and thus they cynically avoid Professor X’s path-breaking class on transgendered renaissance females. But does the computer programming major at DeVry take an elective like the Poetics of Masculinity to enrich his approach to programing? Does the two-year JC course on nursing include an enhanced class like “Constructing the Doctor: the hierarchies of male privilege”?

As a young professor, I used to believe in the value of a universal BA that would teach truth and beauty to the masses. I still do, but mostly as instruction apart from the university that now has very little to do with either beauty or truth. Right now the university has two more pressing problems. Does the BA, MA, or PhD — the signature degrees in the humanities — increase the graduate’s earning potential over the next thirty years enough to justify the $200,000-plus investment? Most studies still suggest yes, but the lifelong income gap between the BA certified in the humanities and the non-certified is narrowing. I am reluctant to make the argument for the humanities on the basis of financial planning, but then the humanities are not quite the humanities of 50 years ago.

More importantly, why not have a national BA test in the way we have bar exams? Simply put, every graduating college senior would take a basic 4-hour exam in math, verbal skills, and simple facts (e.g., “What is the 1st Amendment? What is a non sequitur? Who was James Madison? What is the Parthenon? etc.).

The Harvard and CSU Stanislaus graduates would alike have to pass the same rigorous test to ensure that American colleges were turning out students with a minimum level of  competence — in the manner that the consumer assumes that widely different but UL approved appliances all have the same safe and standard cords and plugs.

We might also allow credit-by-examination:  if one chose not to attend college, then he might take a beefed-up, longer version of the BA exam, say an 8-hour test. At this point, I would suggest that the percentage of those passing the 8-hour version without four years of college might exceed those with four years of college passing an earlier 4-hour version.  And the former might well be more open-minded and empirical than the latter on the politics of the day.

There is no diversity of thought on the vast majority of university campuses. The classes, the administration, the campus culture, the professors — all accept the man-made destructive heating of the planet, the rape of the environment, the toxicity of free market-capitalism, the racist-sexist-homophobic narrative of the U.S. past, the need for unquestioned abortion on demand, gay marriage, legalization of drugs, etc.

As for racial diversity, affirmative action, etc., there is no need to rehash the old tired fault lines. Suffice it to say that at a Princeton, Cornel West is thought to be an intellectual, that at Harvard Elizabeth Warren was the first Native-American law professor, that at Colorado Ward Churchill was a tenured, full-professor and Native-American luminary, and that once-fugitive Angela Davis was a distinguished professor at UC Santa Cruz.

Will all this continue? Probably, though with intermarriage and integration, the racial identity industry is becoming ossified, and cases like Warren and Churchill will become more common. The truth is that the careerist liberal white male has always had a Madame Pompadour sort of après moi le déluge attitude: once he reached a point of influence and power, he always insisted on affirmative action for all his surrounding positions as a sort of castle and moat protection for his own paradoxical privilege. One thing I never understood about affirmative action: its biggest supporters in the 1980s and 1990s were always tenured, full-professor white males, and its victims were always part-time or entry-level struggling white males. Why did not the grandee class simply confess, “We came of age at a time of white male privilege; therefore, we now resign our positions after reaping unfair advantage to ensure a level playing field for all who follow”? Instead, they pontificated from tenured perches and applied racial litmus tests only to others more vulnerable.

When we read of the world’s great centers of learning, American — and Californian — universities are always at the top: Caltech, Stanford, Berkeley, Harvard, Yale, etc. But almost always, on closer examination, this is because of our superior medical schools, business schools, engineering schools, and science and math departments. The liberal arts have piggybacked on the reputation of American professionalism and science, and therefore have not come under the scrutiny that they so richly deserve.

It is time to rethink the entire idea of a university, even as the free market and Internet are devouring it.