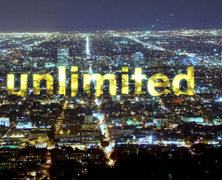 By John Stonestreet | In 1919 William Butler Yeats penned a poem called “The Second Coming.” It captured the angst infecting Europe after the First World War. Read some lines from it carefully:

Things fall apart; the centre cannot hold;
Mere anarchy is loosed upon the world,
The blood-dimmed tide is loosed, and everywhere
The ceremony of innocence is drowned;
The best lack all conviction, while the worst
Are full of passionate intensity.

It could easily refer to our day as well, don’t you think? And at the end of the poem, Yeats asks the haunting question, “And what rough beast, its hour come round at last, Slouches towards Bethlehem to be born?”

A few years ago, Robert Bork, referencing Yeats, wrote a disturbing book about cultural decline entitled Slouching Towards Gomorrah. And if our commercials are any indicator, perhaps we’re no longer slouching towards cultural ruin, but sprinting for it. Yes, that’s a pun! The ad I’m talking about is called “Unlimited,” and is a sophisticated attempt by Sprint to entice us to sign up for its latest big-deal data plan. But what’s really amazing is the “passionate intensity” in which it communicates a worldview.

The commercial opens with the line, “The miraculous is everywhere. In our homes. In our minds.” Without the technological backdrop, the Christian might agree. The world is infused with the miraculous presence of God. But as Mark Mitchell over at FrontPorchRepublic.com notes, the message from Sprint is that miracles are now “the … magical work of technicians who deliver devices and applications … No longer is the term ‘miraculous’ reserved for God and His works. The miracles all around us—even in our homes and our heads—are the product of human ingenuity.”

The ad flashes the word “Unlimited” while the announcer says, “We can share every second in data dressed in pixels.” Really? As Mitchell points out, “In other words, we can reduce the complexity of a human life to digitized bits.” Jacques Ellul, in his seminal work The Technological Society, warned that technology isn’t just a servant that can improve life, but a force that can take over and determine our lives. It fosters what can be called the “technological illusion”—that all problems we face are failures of technique and that the right technology will bring about our salvation.

The commercial continues, “I need to upload all of me.” As Sherry Turkle described in her book Alone Together, this is nothing more than a cry of desperation from a culture of people isolated and alone, who would “rather text than talk.” For too many, being noticed replaces being loved.

Then the announcer states baldly, “I have a need, no, I have the right to be unlimited.” As Mitchell says, it’s as if “the idea of limits of any kind is an offense.”

The spirit of the age reflected in this commercial reminds us of the Serpent’s ancient lie in the Garden, that we can be “as gods,” without limits. And friends, this lie is everywhere—from the academy, in our politics, and on our TVs. But the worldview messages fired at us today rarely use words and target our thoughts. Now they use images and target our imaginations. The great Flannery O’Connor once wrote, “Push back against the age as hard as it pushes against you.”  How hard you pushing?