Resisting the Reins of Power 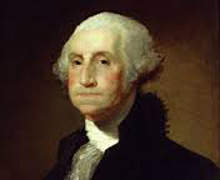 By Eric Metaxas | The Legacy of George Washington | It takes a truly great man to resist seizing power when it is clearly within his grasp.

If you pay much attention to what goes on in Washington (DC), you’ll observe that no one voluntarily gives up power. They cling to it the way a drowning man clings to a life preserver….

I’d always admired George Washington, but until a few years ago I had no idea that he’d done something that would make no sense to modern political leaders: He voluntarily gave up incredible power—twice. In doing so he changed the history of our fledgling nation.

After eight years of war, America had won its independence from Britain. Everyone wondered what General Washington would do next. Perhaps, as one of his officers suggested, he should become King George I of America. But Washington would have none of it. As I write in 7 Men, “His attitude toward the idea that he should grab the reins of civilian power is dramatically illustrated in an incident that reveals … the singular greatness of George Washington.”

By war’s end, the mood of the officers of the Continental Army had turned ugly. They were angry because Congress—which was broke (by the way, some things never change)—was unlikely to honor its promise to compensate the soldiers for years of service.

In March of 1783, an anonymous letter made the rounds in Newburgh, New York, where Washington’s men were quartered. If Congress did not guarantee back pay, the letter threatened, “the army would disband,” even if the war continued. This was a serious threat, because the peace treaty would not be signed for another six months. And if the peace were signed, well then, the army would simply refuse to dissolve, a clear threat to Congress.

As I write in 7 Men, in effect the leaders of the Newburgh Conspiracy were “proposing tyranny and treason both.”

Washington got wind of the plot, and at noon on March 16 he arrived at the officers’ meeting and made directly for the podium. First, he rebuked them for their selfish plans, appealed to their honor and love of country and urged them to be patient.

But what happened next may have changed the course of history. Washington reached into his pocket and pulled out a letter from a Virginia Congressman. He began to read it aloud, appearing to stumble over the words. The general then reached into his waistcoat pocket and took out a pair of spectacles.

Washington apologized for the delay, saying, “Gentlemen, you must pardon me. I have grown gray in your service and now find myself growing blind.”

In an instant, the mood of these battle-hardened officers was utterly changed. Some of them wept openly as Washington read the letter, and then quietly left the room. The temptation to crown Washington king and wrest control from Congress had been dealt a death blow.

Washington’s refusal to seize power after defeating the most powerful empire on earth absolutely amazed King George III of England—and it still amazes us today, and it certainly should—as does his decision to voluntarily give up the presidency after eight years. These were among the greatest acts of one of history’s greatest men.