R U A Cliché 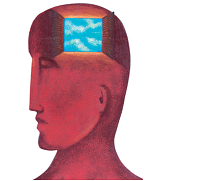 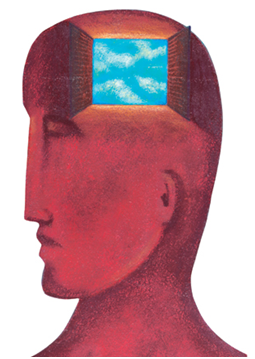 By Hephzibah Anderson | At the end of the day, sometimes you’ve just got to think inside the box. In the past week, I have taken a rain check, stared down the elephant in the room, and been my own worst enemy in more ways than one.

I am not proud. As Nigel Fountain, author of a new book Clichés: Avoid Them Like the Plague (Michael O’Mara), would tell me, I am guilty of repetition, banality and confirmation of the expected.

In my defense, it’s been a week of extremes. Or do I mean two halves? It began in New York City just in time for Hurricane Sandy and ended with a very, very long train ride down to Florida to meet Bubbles, Michael Jackson’s chimpanzee companion of the 1980s. Midway through, I found myself on a late night call with a writer friend. He was taking things a day at a time, I was going back to the drawing board. Then we heard ourselves. Did it make us only more clichéd that we were fretting so much about using them? Are there some clichés that are simply unavoidable?

The word itself originates in mid-19th century France, where printers would assemble time-saving blocks from the most commonly used word combinations. Fountain hews to that broad definition, and his A-Z of shame embraces buzz-words and bromides as well as adages, truisms and idioms. From “affluent society” to “zero-sum game” they are all, he argues, either redundant, vacuous or overused to the point of meaninglessness.

Many seem to be derived from the sporting world, which has moved the goal posts, given us the level playing field, and “run with” plenty. Politicians have engaged in dirty tricks and spent more time with their families, while MBA holders have come up with the scientifically wobbly concept of corporate DNA. The inclusion of Kafkaesque proves that ‘artsier’ types are not immune to cliché coinage (it was referred to as “the K-word” by the chair of a literature prize I once helped judge).

But as I delved further into the book and my blush faded, I discovered a new respect for certain clichés. I began to appreciate their sturdy truthfulness and comforting ancientness. You’d guess correctly that the poisoned chalice is Shakespearean (Macbeth, Act I, Scene vii), but I had no idea that “better late than never,” a phrase I use almost daily, was first inscribed by an ancient Greek, the historian and rhetorician Dionysius of Halicarnassus. No surprise that one of the first mentions of “thinking outside the box” occurred in an aviation trade magazine in the 1970s, but “cut to the chase” originated as just that: a direction in the screenplay for the 1930 film Show Girl in Hollywood.

Some clichés have faded into obscurity. Back in the 1940s, for instance, “castles in Spain” was a charming stand-in for “fond imagining.” Perhaps the eurozone crisis will lend it fresh currency.

Unintentionally, Fountain’s book shows how the evolution of clichés has sped up. “Whatever” has an entry even though it’s already over, really. Likewise, worrying about “work-life balance” seems like something from a far more affluent era. By contrast, Twitter, digital memes and the 24-hour news cycle can coin a cliché overnight, it seems. In that context, LOL (which in the 1960s stood for “little old lady”), OMG and ROFL fairly creak with age.

Not all clichés, you might say, are created equal. “At the end of the day,” which has justly been voted the most hated cliché, is little more than a verbal tic. “All things being equal” is another. Strip them from a sentence and its sense remains unchanged. Attempt the same with an apposite cliché and you might find you’re missing more than succinct wisdom. You’ve lost a bit of history because, far from being vacuous, the most enduring clichés tether you to generations of human experience. “Squaring the circle,” for instance, is a challenge first alluded to in English in a sermon by John Donne, but it dates back still further, to an ancient Greek geometer named Hippocrates of Chios.

Language is constantly renewing itself—combinations of words don’t stick around without good reason. And despite the fixity of those printers’ text blocks, clichés themselves can be infinitely more pliant than their literal-minded critics. Their adaptability ensures their survival—true, not everyone knows exactly what a drawing board looks like these days, yet we all recognize what it feels like to find ourselves back at one.

Camaraderie resonates in the well-chosen cliché, with its implicit acknowledgement that there is, after all, nothing new under the sun. That doesn’t excuse us from the never-ending task of finding new ways of capturing our experience in language, but at the end of the day, sometimes only a cliché will do.