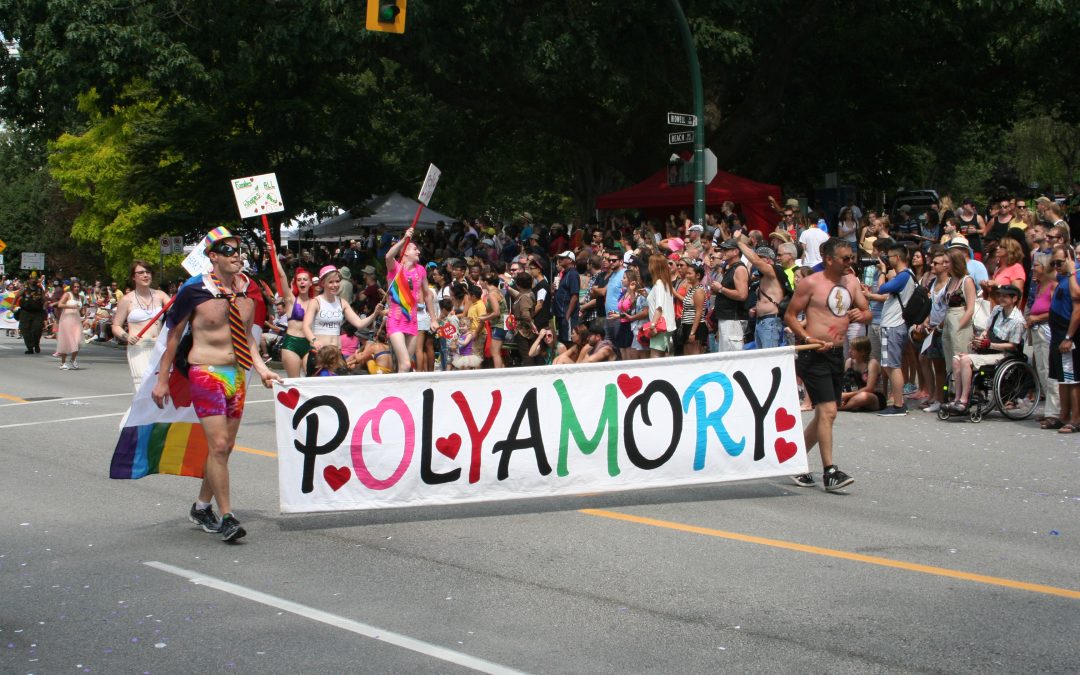 While conservatives are rightly fighting attempts to impress transgenderism on our nation’s children, the inheritors of the sexual revolution are further pushing the sexual boundaries of progress (or regress, as it were). “Multiple non-monogamy-geared dating apps make it easy to find others looking for multiple partner relationships or sexual experiences,” notes the BBC. On the app Feeld, for example, 60 percent of couples are looking for a third to share the love. The Massachusetts municipalities of Somerville and Cambridge have both voted to recognize polyamorous domestic partnerships. There are pro-CNM podcasts and glossy pro-CNM books. 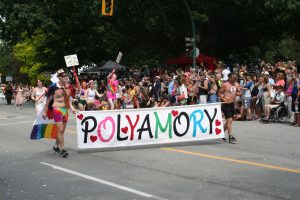 Unsurprisingly, legacy media is promoting CNM by bringing in the heavy artillery: the credentialed, peer-review published expert. Amy Dickinson, for example, cites sociologist Elisabeth Sheff, who comforts older, somewhat wary liberals by telling them that acceptance “doesn’t have to be all or nothing,” and involves small steps of educating oneself about CSM (sometimes also called, a bit risibly, “ethical nonmonogamy”). In other words, tolerance, acceptance, open-mindedness, and communication are the keys to overcoming our personal concerns with polyamory and other “nonmonogamous” relationships.

Yet to call this the normalization of sexual deviancy doesn’t quite describe the phenomenon. Rather, it is the tactic of making polyamory and “other forms of CNM” just another manifestation of bourgeois society. One can perceive this even with the application of new scientific-sounding terminology. “Consensual nonmonogamy” sounds so clinical and official. If the experts of the academy, the professional gatekeepers, and the informed columnists say this is a perfectly acceptable form of human behavior, and even a human identity with concomitant rights, who are we to disagree? The DSM-5 is their socially-accepted Bible, and we are the uneducated laity.

Those who feel a sense of discomfort or disapprobation towards such sexual identities and behaviors thus evince a psychological weakness—perhaps that pesky “unconscious bias”—that requires its own therapeutic, professional counseling to address and overcome. In the same way that the therapist empathizes with the patient’s social or psychological weaknesses and helps him or her to develop coping mechanisms, the health professional affirms our discomfort with CNM as understandable. Perhaps our reticence stems from being raised in a prejudiced, close-minded family or a bigoted, backwards community. Don’t worry, we simply require new behavioral habits and thought patterns to accept and celebrate what we have ignorantly feared.

Polyamorists, we are told, have their own legitimate sexual desires and needs, the same as any other person. Perhaps you are attracted to certain physical features. Perhaps sometimes you like sexual role-play. Polyamorists prefer non-monogamous sexual encounters. There’s really no difference, don’t you see? And please, this is old hat anyway, panegyrized 50 years ago in David Crosby’s song “Triad.” What’s most important is that we welcome these identities into the rich panoply of our technocratic, meritocratic culture. Polyamory is as bourgeois as yoga class, bottomless mimosa Sunday brunch, and single-source chocolate.

More sinisterly, the “bourgeoisization” of sexual deviance is apiece with broader socio-political trends aimed at upending traditional, religiously influenced familial norms. Children don’t need a mother and a father, nor even two mothers or two fathers. Any parenting structure is acceptable, as long as there is tolerance, freedom for self-actualization, and “love.” It takes a village, as Hillary Clinton famously declared. And who are we to judge if all the members of the village are sleeping with one another? As long as it’s consensual!

One also sees in this sociological phenomenon a link to the normalization and bureaucratization of the doctrines of critical theory once deemed extreme. Just as workshops on diversity and inclusion promote tolerance and acceptance—except for those who disagree with the concepts of white fragility or “anti-racism”—so do polyamory’s proponents censure those who remain unconvinced that mainstreaming such sexual perversions serves the public interest. We must celebrate each and every sexual aberration green-lighted by the academy, but condemn and exclude any whom the gatekeepers declare persona non grata for their sins against wokeness.

Scott Yenor in his book The Recovery of Family Life labels this phenomenon part of the “rolling revolution” that normalizes ever more extreme ideas regarding sexuality and gender. One problem with the “rolling revolution” is that it has no guardrails. Having dispensed both with traditional Christian religion and millennia-old natural law theory, we maintain no limiting principle on sexual behavior besides the amorphous standard of “consent.” The recent #MeToo movement exposed the shallowness and inadequacy of that standard. Moreover, what is considered lawful age for consensual sex differs dramatically even within the West—France is planning to set the age of consent at 15. Yet why 15, and not 14 or 13?

Indeed, many who view self-realization as the raison d’être of human existence already champion youthful experimentation with sex at puberty, or even earlier, if children express desire for it. Others might claim that our resistance to cultures that have historically allowed girls as young as 12, or even eight, to marry older men, reflects our own Western biases informed by arrogant, colonialist intolerance. Here we see yet another example of the inevitable tension between feminism and the sexual revolution. Perhaps the call for universal women’s rights—and coercing other cultures to accept them—is its own form of Western imperialism.

We should not trust bourgeois norms or therapeutic faux-science to be stable, benevolent guides to help us navigate our sexually-confused society, one that is untethered from any defensible objective norms regarding sex and gender. The casualties of the sexual revolution—be they from no-fault divorce, pornography, sex trafficking, or mutilating our youth—continue to mount, while Big Tech actively works to silence dissenters like Ryan T. Anderson. It’s little use enjoying the comfort of the counselor’s couch and her soothing words of affirmation if the self-indulgent world outside is burning to the ground.