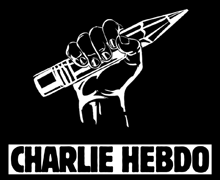 By Michael Curtis | The free world is dying, and the false gods of political correctness and so called Islamophobia are killing it. The utter shame as writers withdraw from the PEN Freedom of Expression Courage Award for Charlie Hebdo is a metaphor for our times.

Political correctness and intellectual prejudice have poisoned the principle of free speech, Six writers, among the more than 60 other scheduled hosts, withdrew from the ceremony of the PEN American Center on May 5, 2015 at which the Freedom of Expression Courage Award is to be given to the French satirical magazine Charlie Hebdo.

Among those expected to be present at the ceremony to accept the award are two members of the magazine, the current editor in chief and a writer who arrived late at the office on January 7, 2015 and therefore escaped being killed during the massacre of twelve colleagues of his colleagues by Islamist terrorists.

The six withdrawers all professed their adherence to free speech without limitations. However, in immediate violation to their pronouncement, they then proceeded to object to the award being given to Charlie Hebdo because of its satirical portrayals of Muslims and “the disenfranchised generally.” 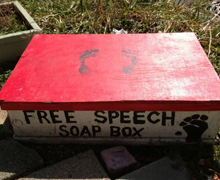 Francine Prose, while she “deplored” the January shootings, justified her decision to withdraw as a host, saying that the award signified “admiration and respect” for the work of the honoree.

Many people have found Charlie Hebdo offensive, tasteless, and disgusting. People have been offended by the cartoons in the magazine satirizing Muslims and the Prophet Mohammed.

But other people have been offended by cartoons of the same kind mocking Jews, Catholics including the Pope, and homosexuals. The reality is that Charlie Hebdo, as an equal opportunity offender, was critical of, in effect mocked, all religions, expressing in an extreme way the anti-clerical disposition of republican France.

Since the 16th century, with the dawn of the principle of individual freedom of conscience, liberty of the press and freedom of expression without censorship has been an important principle in European history. In the 17th century, John Milton in Britain in 1644 and the Huguenot Pierre Bayle in 1686 were key figures in advocating tolerance of expression. Indeed, Milton said, who kills a good book kills reason itself.

The doctrine of free expression was among the  principles that were part of the French Declaration of the Rights of Man of August 26, 1789 (Article 11). It stated one of the precious rights was unrestrained communication of thoughts and opinions, and that every citizen may speak, write, and publish freely, provided he is responsible for the abuse of this liberty, in cases determined by the law.

The French basic law is that of July 29, 1881 that defines the freedoms and responsibilities of media and publishers. It is the legal basis of French contemporary interpretation of freedom of speech and press, but it also imposes legal obligations and makes certain press offences liable to prosecution.

The principle of free speech is very clear. Benjamin Franklin proclaimed the liberty of the press in 1776. In the United States that principle stems from the First and the Fourteen Amendments to the Constitution.

As a result, the United States Supreme Court in the 1931 case of Near v. Minnesota rejected prior restraints on publications, even if “malicious” or “scandalous.”  The paper involved, The Saturday Press, was anti-Catholic, anti-Semitic, anti-black, and anti-labor.

Similarly, in 1971 the Supreme Court, in New York Times v, the United States, ruled against the attempt of President Richard Nixon to prevent the publication of the Pentagon Papers and its documents about the Vietnam War.

Rarely does a principle exist without qualification. Expression of all kinds ought to be allowed except for two reasons. The first is if it is likely to directly incite acts of violence, as has often the case with expressions of antisemitism throughout history; expressions of the kind that led to the Holocaust.

The second is if the expression is a real danger to national security. To prevent the possibility of that danger, the U.S. Congress passed the controversial Patriot Act , in response to the attacks of 9/11, in October 2001 authorizing the FBI and the NSA to intercept suspected communications without judicial authorization.

In the case of Charlie Hebdo, those circumstances requiring limitation of free speech did not exist. Satire, even if xenophobic, does not call for revenge of any kind. The real reason for the withdrawal of the six writers was not so much that the cartoon were vulgar and did not deserve an award, or that the magazine was an example of French cultural arrogance, but that they disagreed with the political position of the magazine, accusing it of racist and Islamophobic provocations.

That their reasons were political rather than stemming from philosophical considerations of the limitations of free speech is was already made clear by one of the withdrawers, Teju Cole, a Nigerian-American writer.

In an article in The New Yorker on January 9, 2015, Cole complained of how easy it is for Western societies to focus on radical Islamism as the real, or the only, enemy. He commented on France’s “ugly colonial history” and the suppression in France, in the name of secularism, of some Islamic cultural expressions such as the wearing of the hijab.

He was caustic about Western societies, holding that they are not the paragons of skepticism and rationalism that they believe themselves to be.

The inherent paradox in Cole’s diatribe against Western societies is he was writing in The New Yorker, a well-regarded but utterly bland journal to which no one could possibly object and which can never be the symbol for demonstrations for free speech. Mr. Cole’s fulminations against Western colonialism, without mentioning any of the horrors of present day Islamic barbarism of the Islamic State of Iraq and Syria, are not the subject of criticism in this matter.

What is pertinent is his lack of recognition that it is the kind of obnoxious, troublesome magazines, full of disrespectful satire, with which he disagrees, that should be defended and acknowledged in the name of free speech.

These six writers have done a great disservice to the vital principle of free expression by their decision. They may not be precisely guilty of intolerance but by their refusal to take part in the PEN ceremony they have shown not only a political bias, to which they, like every one else, are entitled, but more importantly a lack of courage.

Adherence to the doctrine of free speech and courage in Western societies should mean allowing and even bestowing awards on expressions with which one does not agree. The six writers are not entitled to receive their own Freedom of Expression Courage Award.